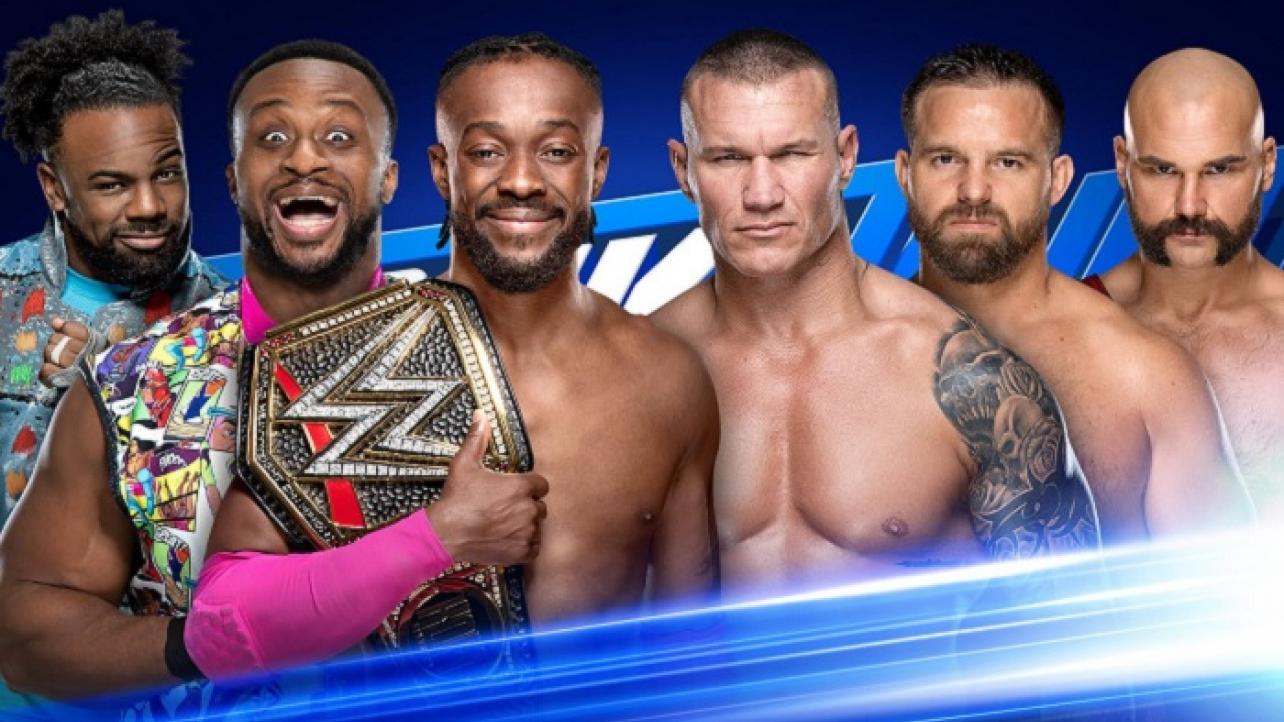 WWE returns to the State Farm Arena in Atlanta, Georgia this evening for tonight’s post-WWE Clash of Champions episode of WWE SmackDown LIVE on the USA Network.

In the wake of WWE Clash of Champions, Kofi Kingston earned a career-defining victory over Randy Orton, but The New Day relinquished the SmackDown Tag Team Titles after a vicious conclusion to their match with The Revival. The New Day aim to restore order and silence the trash-talking of Randy Orton & The Revival in a Six-Man Tag Team Match. Also, following his defeat of Chad Gable, Baron Corbin gets his King of the Ring coronation on SmackDown LIVE.

Clash of Champions provided extreme highs and extreme lows for The New Day as Kofi Kingston vanquished the man who’s spent the last 10 years trying to keep him down, but Xavier Woods & Big E suffered through the brutal loss of the SmackDown Tag Team Titles to The Revival.

Bittersweet feeling tonight at #WWEClash. We came up short, but we also succeeded & around here, we take what we can get. Won’t be long until we’re back at full force. In the meantime, I don’t wanna hear ANYTHING from @RandyOrton anymore! #WeStillChamp

The Revival were delighted to wipe the “proverbial pancake batter” off the titles, but The New Day are intent on proving the value in The Power of Positivity. Now the rivalry reignites as The New Day meet Randy Orton & The Revival in a Six-Man Tag Team Match.

King Corbin ready for his coronation

Baron Corbin remained confident throughout the King of the Ring tournament, foreshadowing his eventual reign by donning the crown after winning each of his matchups. On SmackDown LIVE, it becomes official, as the coronation of Baron Corbin takes place following his defeat of the underdog challenger Chad Gable.

Will Corbin begin his rule with a modest celebration, or will The Lone Wolf deliver the pomp and circumstance fit for true royalty?

Erick Rowan sits down for interview after Clash of Champions reunion

Erick Rowan is his own man, but apparently, he isn’t above taking a little help from a friend.

As Roman Reigns appeared to grab the upper hand in their vicious No Disqualification Match, Luke Harper emerged from the crowd to halt The Big Dog’s charge toward Rowan. The mastermind behind the Reigns attacks secured the victory but left plenty still to be resolved.

Erick Rowan has agreed to a sit-down interview on SmackDown LIVE to attempt to answer these questions and bring some clarity to the ongoing hostilities with Reigns.

With Elias forced to withdraw due to injury, Shane McMahon stepped up to face Chad Gable in the King of the Ring Semifinals. With Shane-O-Mac’s promise of lifting Kevin Owens’ $100,000 fine, KO accepted McMahon’s proposal to assume the role as Special Guest Referee for the match.

Despite Owens’ audible to a 2-out-of-3 Falls Match following an early Gable roll-up, “The Best in the World” couldn’t overcome a vicious Ankle Lock and tapped out. Following the match, a furious McMahon blindsided Owens and shockingly fired the former Universal Champion.

Will McMahon rescind his decision and give Owens another shot at supporting his family? Or have we finally reached the end of the road for KO?

Will Bayley’s dirty victory over Charlotte Flair catch up to her?

As you read this, Bayley may still be running.

The SmackDown Women’s Champion retained her title by stripping the pad and sending Charlotte Flair head-first into the exposed turnbuckle. Immediately after clinching the win, Bayley grabbed her title and sprinted out of the ring and up the ramp with no intentions of entertaining The Queen’s reaction.

The #SDLive #WomenChampion @itsBayleyWWE is BUSTING out of Charlotte, NC after taking advantage of the exposed turnbuckle and retaining her gold. #WWEClash pic.twitter.com/hGXmIgjEiF

Make sure to join us here at eWrestling.com this evening for WWE SmackDown LIVE results coverage!