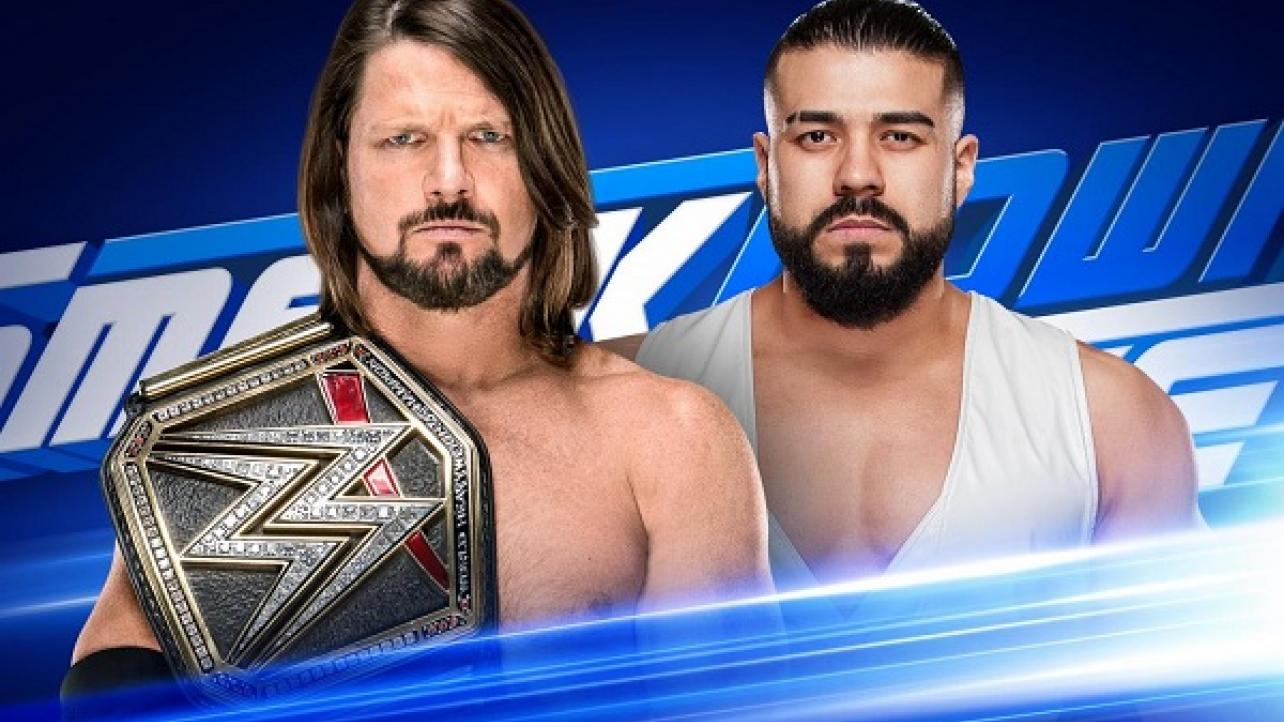 Featured below is the official preview for tonight’s SmackDown Live:

Clearly, there’s no rest for the Phenomenal. Just two days after WWE Champion AJ Styles scored a controversial victory over Samoa Joe at the WWE Hell in a Cell pay-per-view, WWE.com has learned that The House that AJ Styles Built will feature The Phenomenal One in a non-title showdown against Andrade “Cien” Almas this Tuesday night.

Though Zelina Vega’s presence at ringside can never be discounted, it may be more appropriate to keep an eye out for Samoa Joe. After all, The Samoan Submission Machine clearly felt cheated out of the WWE Championship on Sunday, and General Manager Paige’s decision that his next match against Styles at WWE Super Show-Down “must have a winner” seemed of little consolation to him.

At WWE Hell in a Cell, the United States Championship was the only SmackDown LIVE title that was not defended, which did not go unnoticed by SmackDown LIVE General Manager Paige.

So, in honor of Rusev Day, the GM announced, via Twitter, that Shinsuke Nakamura must defend the star-spangled title tomorrow night against Rusev.

Will the nefarious The King of Strong Style stop the supreme threat that is The Bulgarian Brute?

Will The Queen ruin The Irish Lass Kicker’s triumphant return?

After overcoming Charlotte Flair at WWE Hell in a Cell, Becky Lynch has returned to glory as a two-time SmackDown Women’s Champion.

While Becky’s recent underhanded tactics against her one-time friend have paid off, there are few things more dangerous than The Queen after she has lost her crown.

So, depending upon whose camp you’re in, Becky’s scheduled Coronation will either serve as the return of the conquering Becky Balboa or the beginning of Charlotte Flair’s quest to recapture the blue brand title. Either way, fireworks are all but a certainty if these two decorated Superstars cross paths.

What will happen when Orton and Hardy return from hell?

Randy Orton defeated Jeff Hardy in one of the most brutal Hell in a Cell Matches of all time, and although both Superstar endured unimaginable pain, The Charismatic Enigma perhaps got the worst of it. Will either competitor ever be the same? Did the all-out bedlam finally bring an end to the destruction? Or are they just getting started?

Who will be the mystery guest on tonight’s Miz TV?

Arguably the biggest upset of the night at the WWE Hell in a Cell pay-per-view occurred when The Miz & Maryse claimed victory over Daniel Bryan & Brie Bella, and the win perhaps gives The A-Lister the advantage heading into his WWE Super Show-Down clash against Bryan for a future WWE Title opportunity. As Miz and Maryse enjoy the thrill on victory, who will join the A-Lister as his mystery guest on tonight’s Miz TV?