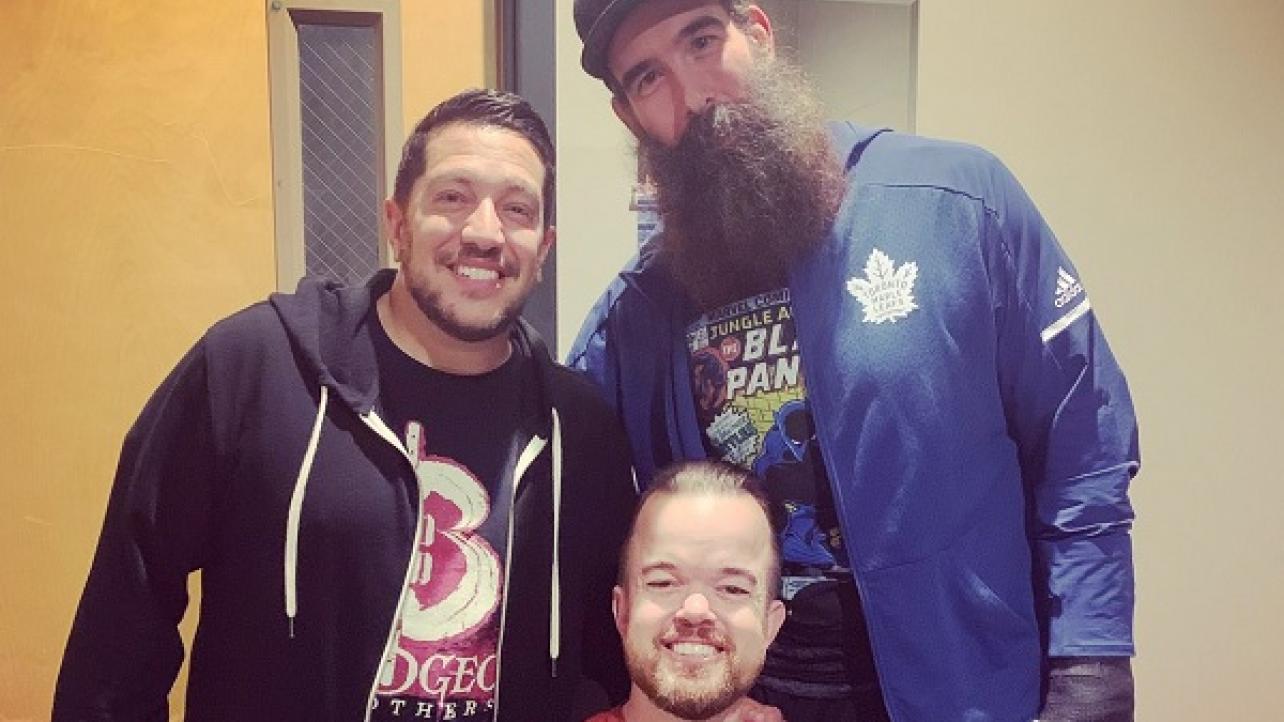 WWE SmackDown Live Superstar Appears To Be Out With Injury (Photo)

Luke Harper has been off of WWE television since Eric Rowan went down with a biceps tear during their run as SmackDown Tag-Team Champions at WWE SummerSlam this past August.

The team would go on to drop the titles two days later on SmackDown Live to The New Day. Since then, Harper has not appeared on WWE TV, although he did turn up at a NXT live event in a losing effort against Ricochet in September.

This weekend, a photo started making the rounds that appears to show the other-half of the team, Luke Harper, is now injured as well.

Harper appeared at a Brad Williams stand-up comedy show this weekend and was seen wearing a cast on his left hand. Check out the photo below.

We will keep you posted on Harper’s condition as more information surfaces.

WWE SmackDown Live Superstar Appears To Be Out With Injury (Photo)