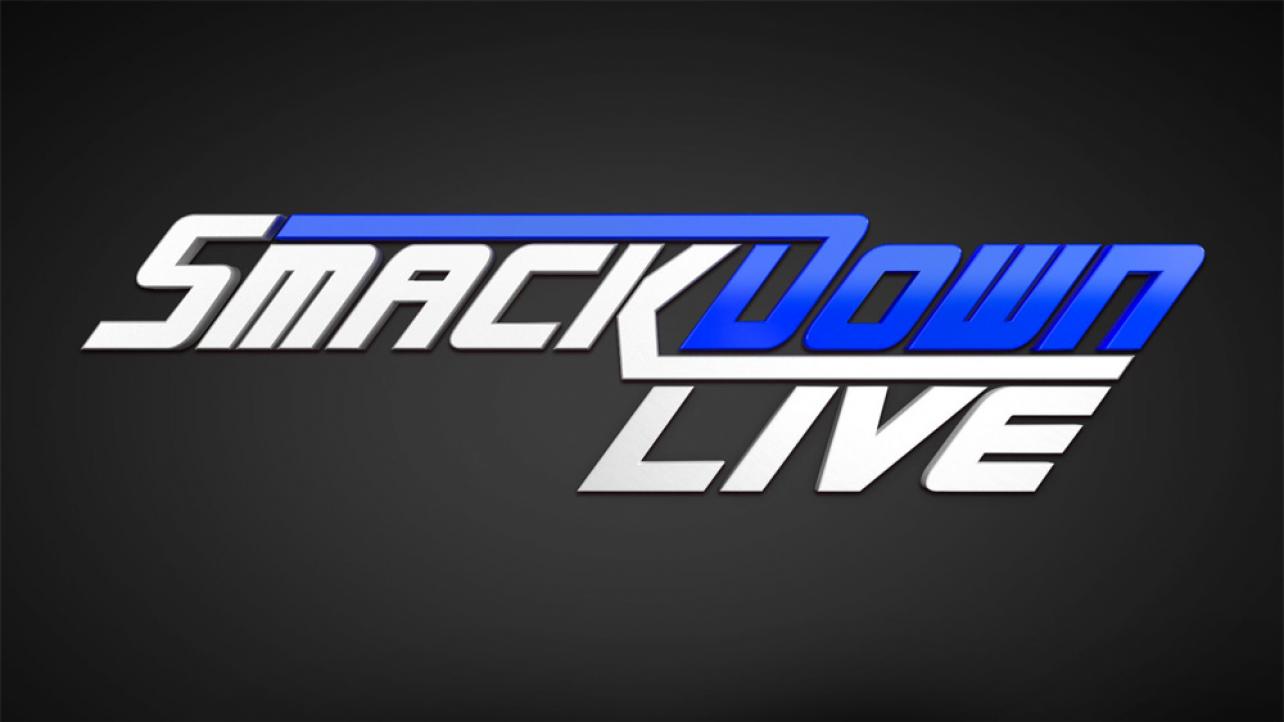 This week’s episode of WWE SmackDown aired live on the USA Network from Birmingham, AL at The BJCC.

– SmackDown GM Daniel Bryan is in the ring to open up the show. The ring is set up for the contract signing for the Women’s Championship match at No Mercy. Bryan introduces Becky Lynch and Alexa Bliss, and they come out and talk trash to each other. Alexa eventually grabs the contract, but before signing it she hits Becky in the head with the clipboard and flips the table over onto her. As Alexa is leaving the ring, Becky attacks her from behind and Alexa runs away. Becky goes back in the ring and signs the contract before heading to the back.

– The Miz confronts Daniel Bryan in the back to complain about his Intercontinental Championship defense tonight. Daniel Bryan asks The Miz if he read the fine print in his newly renegotiated contract, and informs Miz that if he refuses to defend the IC Title he’ll violate his contract. The Miz storms off to prepare for his match.

– The Usos def. American Alpha: Gable starts off against Jimmy and ends up dropping Jey too. We get a look at Rhino and Heath Slater in the back watching on a monitor. American Alpha continues to dominate the opening minutes of the match until Jimmy ties up Gable’s injured leg on the ropes and stomps on it. The Usos continue to work Gable’s bad knee for several minutes. Gable fights his way over to Jordan for the hot tag. Jordan hits a series of suplexes on both Usos, including a T-bone suplex on Jey for a near-fall. Jordan takes Jey up to the top rope but Jey fights him off and hits a superkick. Jimmy tags in and hits the splash off the top rope, and Gable breaks up the pin. Gable rolls out to the floor and sells his knee injury, leaving Jordan in the ring alone to fight both Usos. Jimmy hits a superkick on Jordan while Jey drops Gable with a shot to his injured knee. The Usos hit a double superkick on Jordan then Jey hits a splash off the top for the win.

– Heath Slater and Rhyno are in the back with crackers and cheese whiz. They are working on a new “Rhyno” chant for the fans when The Usos show up and challenge them for their Tag Title belts. The Usos threaten to slap the crackers out of Rhyno’s hands. Rhyno crushes the crackers and The Usos back off.

– Baron Corbin def. Apollo Crews: Jack Swagger is on commentary for this one. Crews dominates the match early on, taking Corbin to ringside and hitting an enziguri. Corbin mounts a comeback after kicking Crews to the outside. Corbin starts working on the lower back of Crews, and eventually hits the Deep Six for the win. Corbin faces off with Swagger after the match and walks away.

– The Miz (c) def. Dolph Ziggler: The Intercontinental Title is on the line and Maryse is at ringside. Ziggler controls the opening minutes of the match with some mat wrestling, then takes Miz outside for a clothesline on the floor. On the way back in the ring, Miz catches Ziggler on the ropes and turns the tides with a superkick. The Miz comes off the top with a double axehandle, and Ziggler is down. Ziggler tries to come back with a superkick, but Miz blocks it and drops the challenger with a facebuster. Miz starts hitting Daniel Bryan’s “Yes kicks” on Ziggler, but Ziggler blocks one and drops him with a right hand. Ziggler misses a spear in the corner and Miz drops him with a big boot. Ziggler is able to hit a series of clotheslines and a splash in the corner, but The Miz throws him into the ring post once again. The IC Champion follows up with a series of dropkicks and an Awesome Clothesline. Miz goes for another double axehandle off the top, but Ziggler caches him with a dropkick for a two count. The Miz escapes a Fameasser and Ziggler escapes a Skull Crushing Finale, then the two brawl out to ringside. Back in the ring, Ziggler is able to successfully hit the Fameasser but only gets a two count. The referee catches Maryse trying to spray something in Ziggler’s eyes and he ejects her from ringside. Ziggler hits the Zig Zag on the Champion for another near-fall. The Miz rolls outside and tries to take his belt and leave, but Ziggler chases him down and throws him into the ring steps. While the referee is handing the title belt back to ringside, The Miz sprays Ziggler with the perfume Maryse left in the ring and hits the Skull Crushing Finale for the win.

– Randy Orton def. Eric Rowan: Rowan opens up with a back suplex and tarts pummeling on Orton on the mat. Rowan beats down Orton around ringside, but on the way back in Orton catches him with a kick and drops him with a DDT off the middle rope. Orton follows up with an RKO for the victory in a fairly short match. After the bell, the lights go out and when they come back on there’s a mask laying in the ring next to Orton’s feet. Bray Wyatt appears on the big screen and cuts a promo on Orton.

– Nikki Bella & Naomi def. Natalya & Carmella via DQ: Almost as soon as the match begins, Carmella assaults Nikki at ringside and the referee calls for the bell.

– AJ Styles is in the back talking about John Cena and Dean Ambrose. He says they aren’t his competition anymore because he’s beaten them both and is superior. Styles questions why he’s in a triple threat match at No Mercy against them. He says he’s going to enjoy sitting back and watching Cena and Ambrose rip each other apart tonight.

– Dean Ambrose def. John Cena: Cena escapes a Dirty Deeds attempt early on, but Ambrose is still able to control the opening minutes of the match and capitalize with a running bulldog. Cena briefly gets Ambrose in an STF, but Ambrose reaches the ropes to break the hold. Cena rolls outside, and Ambrose flies down on him with a suicide dive. Back in the ring, Ambrose goes for a splash off the top, but Cena rolls through and hits the Attitude Adjustment for a near-fall. Cena goes for another AA but Ambrose gets out and hits the Dirty Deeds for a near-fall of his own. Cena attempts the AA once again, but Ambrose escapes and rolls up Cena with a sunset flip out of nowhere for the win.

– After the match, AJ Styles comes flying off the fan barricade with a forearm shot to John Cena at ringside. AJ hits the ring and lays out Dean Ambrose next. Daniel Bryan comes out to the stage and mentions that last week Shane McMahon promised a one-on-one rematch between him and Ambrose. Bryan says that rematch for the WWE Title will happen next week, and then AJ turns around into a Dirty Deeds from Dean Ambrose. Ambrose celebrates in the ring as SmackDown goes off the air.