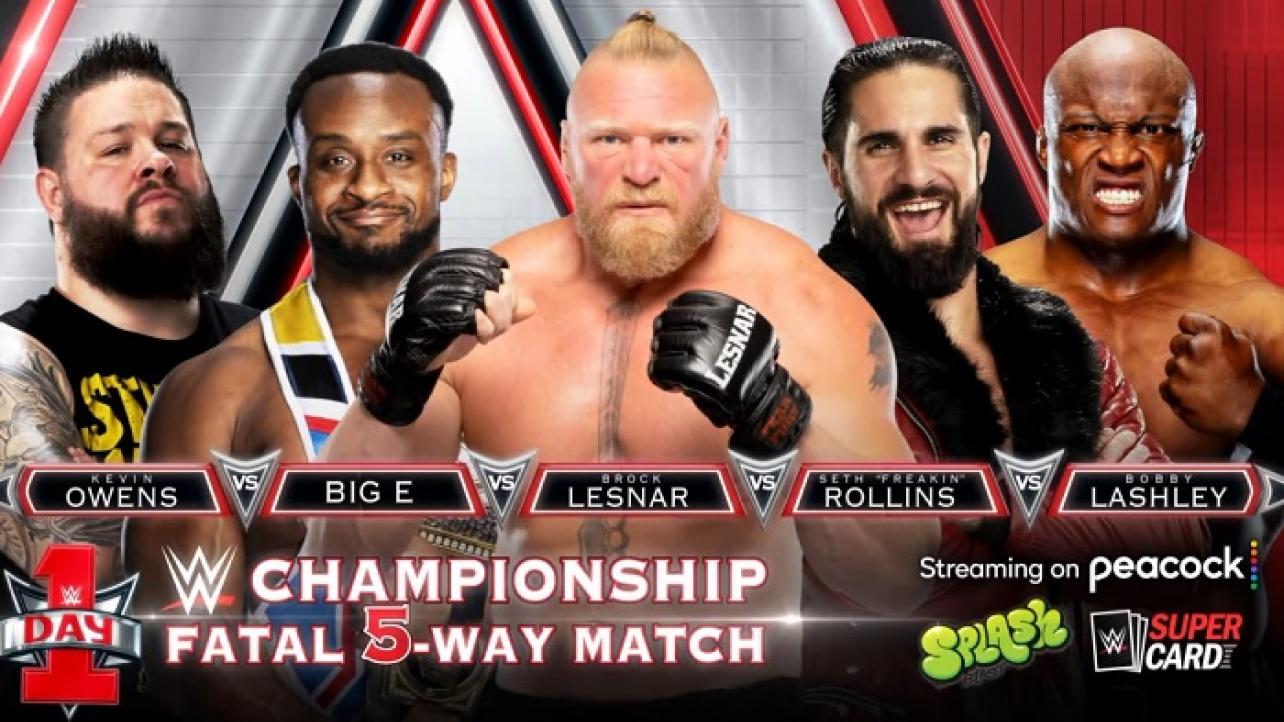 WWE has issued a statement regarding Roman Reigns being pulled from tonight’s WWE Day 1 pay-per-view as a result of testing positive for COVID-19.

As noted, with Reigns off the show, Brock Lesnar has been moved to the WWE Championship match, which now makes it a Fatal-5-Way bout with Big E. defending against Lesnar, Bobby Lashley, Kevin Owens and Seth Rollins.

WWE.com released the following announcement regarding the new main event for tonight:

WWE today announced that Brock Lesnar will challenge for the WWE Championship tonight at Day 1 against Big E, Seth Rollins, Kevin Owens and Bobby Lashley in what will now be a Fatal 5-Way Championship match.

The first man to score a pinfall against any of the other four men will win the WWE Championship, in what’s expected to be one of the most exciting main events in WWE history.

Earlier today, Roman Reigns tested positive for COVID-19. As we’ve seen with many superstar athletes, this result has left Reigns unable to compete in the originally scheduled defense of his WWE Universal Championship against Lesnar. WWE wishes him well in his recovery.

Live from State Farm Arena in Atlanta, Day 1 will begin streaming tonight at 8 pm ET exclusively on Peacock in the United Sates and WWE Network everywhere else.

Make sure to join us here at eWrestling.com tonight for live WWE Day 1 results coverage!