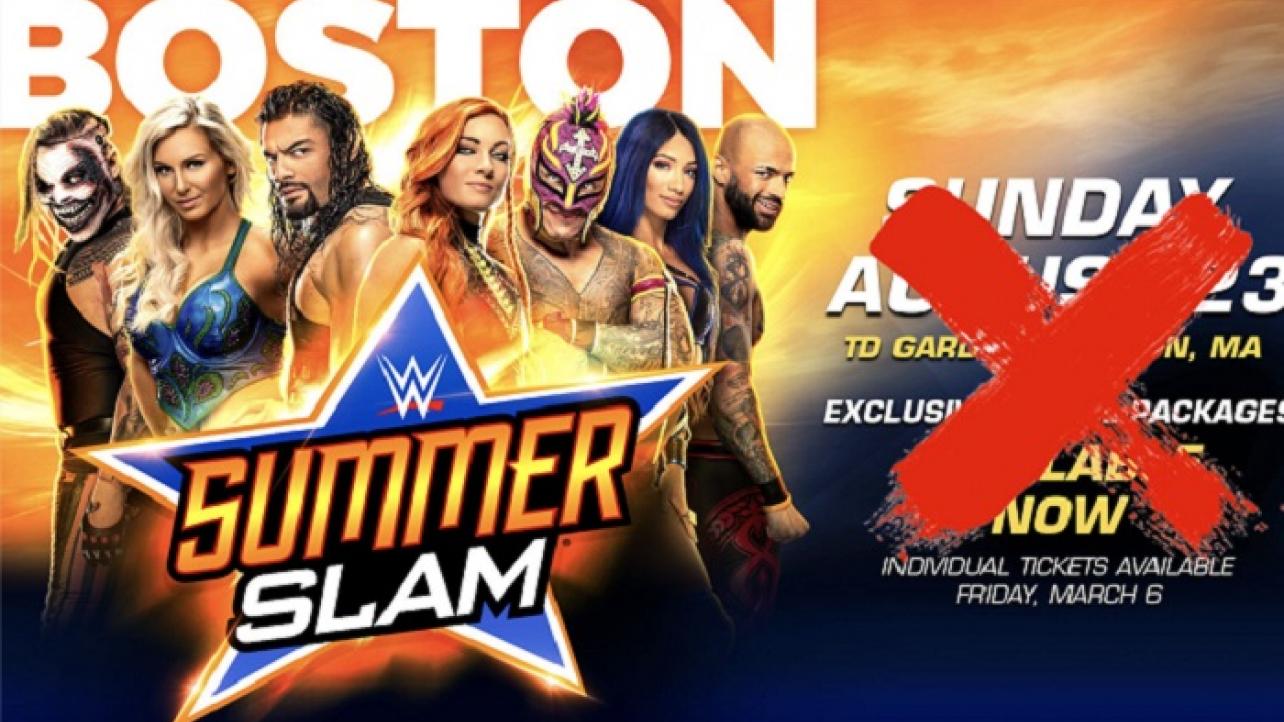 WWE’s “Biggest Party of the Summer” appears to still be a “go” for 2020 despite concerns remaining stemming from the Coronavirus Pandemic, however now without some significant changes to the originally scheduled plans.

The WrestleVotes social media account recently reached out to multiple sources inquiring about the status of WWE’s next major pay-per-view, SummerSlam.

While everything is still far from decided and in a constant state of flux with regions modifying their pandemic and re-opening guidelines, it appears WWE wants to move ahead with Boston, MA as the host city as originally planned.

However, the city has made that seem very unlikely by suggesting that gatherings won’t be reintroduced until at least after summer.

With that said, the WrestleVotes account also notes that SummerSlam could be pushed back into September and that southern states Florida and Georgia are candidates to host the event should Boston fall through as expected.

What I’ve learned from sources on SummerSlam.

– WWE wants to remain as is, city of Boston has made it clear that’s not likely
– WWE is activity hunting for a new location w/ fans
– Keep an eye on the South, FL & GA.
– Date MAY be pushed into September
– No word on TakeOver