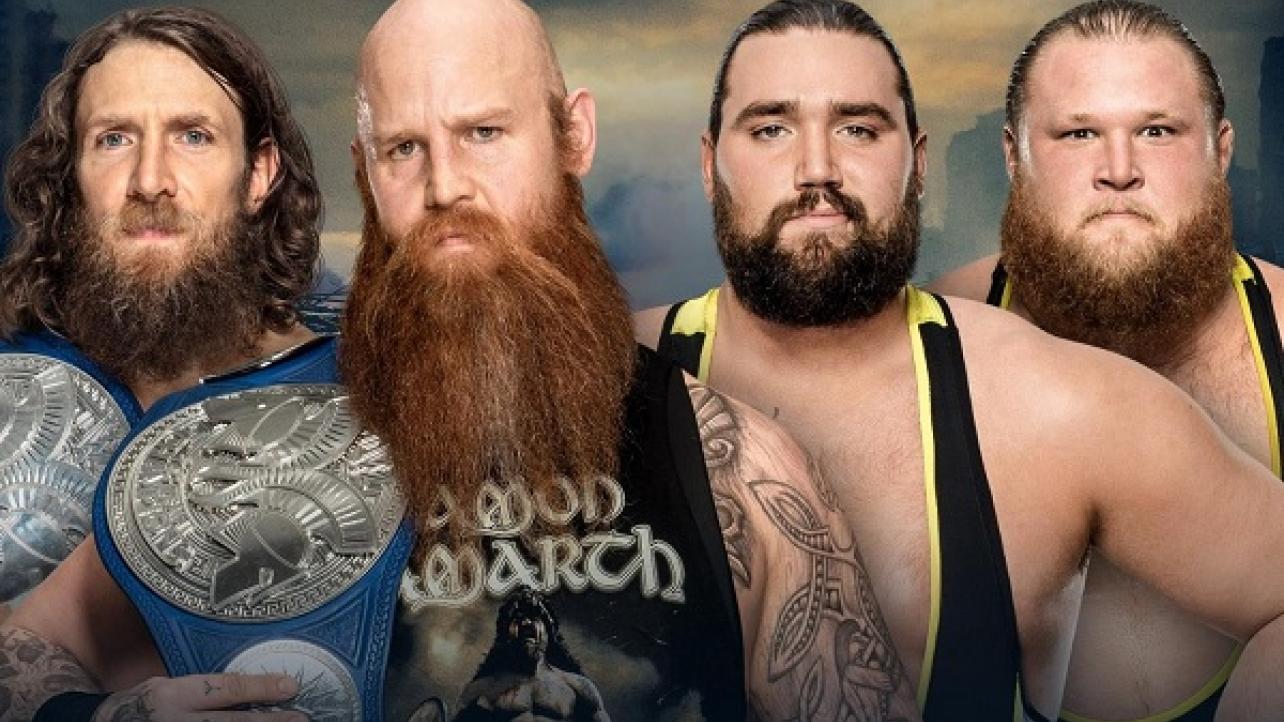 Following Tuesday night’s WWE television tapings at the Citizens Business Bank Arena in Ontario, California, some more additions were made to the lineup for this Sunday’s WWE Stomping Grounds pay-per-view.

At this week’s blue brand “go-home” show, Heavy Machinery defeated The B-Team (Curtis Axel and Bo Dallas) while the SmackDown Tag-Team Champions — Daniel Bryan and Rowan — sat in on commentary.

The rivalry between Heavy Machinery and the reigning SmackDown Tag-Team Champions began on the May 28th episode of SmackDown Live, as Daniel Bryan and Rowan accepted a challenge from Tucker and Otis that will culminate when the two teams meet this Sunday at WWE Stomping Grounds inside the Tacoma Dome in Tacoma, Washington.

Additionally, during Tuesday night’s episode of 205 Live, the announcement was made that Tony Nese will be defending his WWE Cruiserweight Championship against both Akira Tozawa and Drew Gulak in a Triple-Threat Match at this Sunday’s PPV. The announcement came after a number one contender match on last week’s show ended without a definitive winner.

With that now known, featured below is the current officially advertised lineup for this Sunday’s WWE Stomping Grounds show, which will be available via PPV and will stream live on the WWE Network:

Make sure to join us here at eWrestling.com this Sunday, June 23rd, for live play-by-play results coverage of WWE Stomping Grounds!