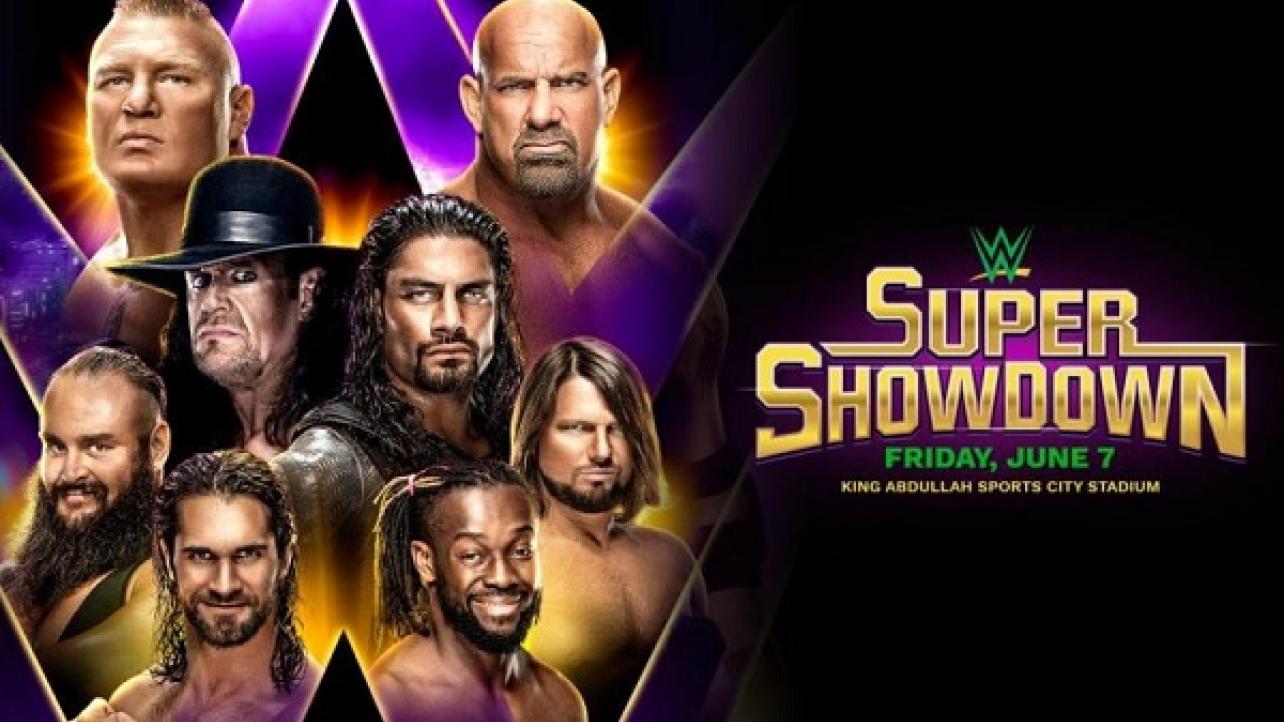 Flyin to Saudi Arabia soon.
I’m gonna win the 50 man over the top rope battle royal ..
Then the rocket is strapped to the #GoodBrothers #TooSweet#OGBC @FinnBalor @AJStylesOrg @LukeGallowsWWE

Now that the final episodes of RAW and SmackDown Live leading into Friday’s WWE Super Show-Down 2019 pay-per-view are in the books, it’s time to take a look at the latest advertised lineup for Friday’s big event in Jeddah, Saudi Arabia.

It’s worth noting that the official WWE Super Show-Down 2019 mini-site at WWE.com is still advertising a 50-man Battle Royal, hyping it as “the largest in WWE history.”

The following general description is still currently listed for the WWE Super Show-Down 2019 event on the front page of the official mini-site: “The Undertaker vs. Goldberg, Triple H vs. Randy Orton, a 50-Man Battle Royal and more will take place at WWE Super ShowDown in Jeddah this Friday.”

The detailed breakdown for the show on the official WWE website includes the following opening paragraph:

JEDDAH, SAUDI ARABIA — The Saudi General Sports Authority will host WWE Super ShowDown at King Abdullah Sports City Stadium in Jeddah, Saudi Arabia, this Friday at 9 p.m. AST (2 p.m. ET), and feature the first-ever match between WWE Hall of Famer Goldberg and Undertaker. In addition, the event will include Triple H vs. Randy Orton, as they create another chapter of their storied rivalry, and a 50-Man Battle Royal — the largest in WWE history.

Although these were early press releases and event descriptions to promote the show, they are still advertised on the official WWE website in multiple areas as of Wednesday morning, two days before the show.

With that being said, WWE has yet to announce the Battle Royal on television, nor have they confirmed any participants for the match.

First Time Ever
* The Undertaker vs. Goldberg

Make sure to join us here at eWrestling.com this Friday afternoon at approximately 2 PM ET / 11 AM PT for live play-by-play results coverage of WWE Super Show-Down 2019!