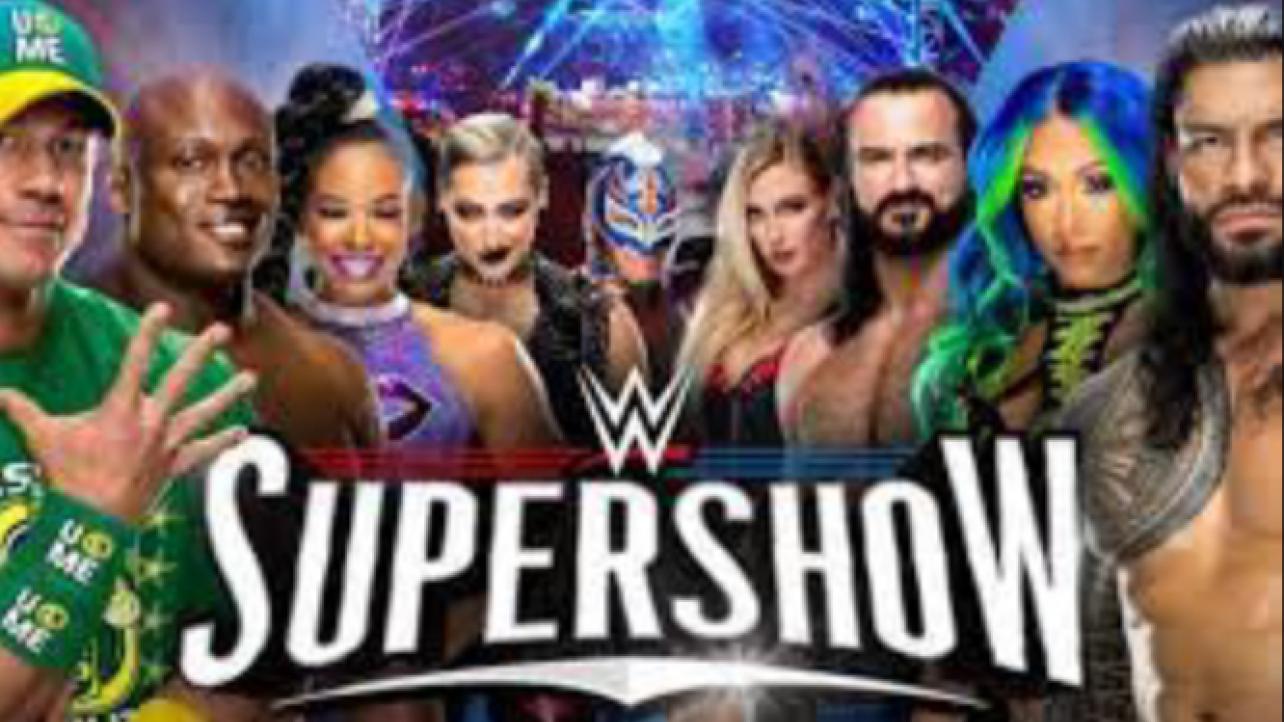 Thanks to rajah.com reader Power_struggle55 for sending in these results

Before the show Byron Saxton brings out “Good Morning Charlotte” host Kaci Jones to announced next show in Charlotte would be a New Year’s Eve edition of Smackdown Live.

After the introduction. Bryon Saxton announces due to issues. Bianca Belair and Sasha Banks couldnt make it to the show so their scheduled Smackdown Woman’s title match was cancelled.

Finn Balor then comes out for the opening match. Next came Baron Corbin still holding Big E’s Money in the Bank briefcase. Corbin tried to convince Balor to throw the match and in return would give him first shot at a title match when he cashes in the briefcase. Balor of course refuses and match begins

After the match Corbin remains in the ring till Big E comes out to get back his briefcase. Corbin cowers in fear and offers it back but before Big E can take it back Corbin tries to hit him with the briefcase but Big E dodges. Corbin flees the ring and backstage still with the briefcase. Seth Rollins comes out for his match with Big E.

After the match Big E gives the Charlotte crowd a treat by doing the New Day intro for his brethren when they come out for their match. Xavier then gets on the mic and says its someone’s birthday. Its not Big E’s, not his, and its not referee Charles Robinson. Its Kofi’s. Xavier, Big E and the crowd start to sing Kofi happy birthday but half way through are cut by the All Mighty WWE Champion Bobby Lashley and MVP.

MVP refuses to let them sing happen birthday as the crowd chants Goldberg. MVP riles the crowd more as Big E heads to the back so the two teams can have their match.

After the match Lashley and MVP try to gain up on New Day but Big E rushes out to save them. After Lashley and MVP flee to the back. Xavier decides to continue singing happy birthday to Kofi where they left off. Which they do with no intermissions

When they leave Sheamus comes out. He starts bashing Americans saying title meant something when an Irishman came over and won it. He even questions if Damian Priest is an actual priest or not.

Match ends Jinder Mahal interferes in the match after coming from the crowd. The two gang up on Priest before Drew McIntyre makes the save. When the two flees. McIntyre challenges them to a tag match. Which they refuse at first till McIntyre encourages the fans to call them chicken which he said is the one word theyd magically accept if they are called. Of course they finally agree.

The show begins again with the Raw Tag team champions. AJ Styles and Omos. Soon Riddle comes out with no Randy. Styles says he is foolish to think Randy Orton would come out to team with him. Styles reminds Riddle that Orton RKO’ed him on Raw. Styles then says the match will now be a 1 on 2 handicap match but before match begins Randy Orton comes out

After the match Styles and Omos train to gain up on Riddle but Orton comes in and RKOs Styles. Riddle and Orton then celebrate together

A quick backstage segment shows the Usos talking about the bloodline.

Before the main event, Usos and Reigns come out. Reigns gets on mic to demand the crowd to acknowledge him. The Mysterios and Cena then come out.

After the match, the Bloodline head to the back while Cena and the Mysterios celebrate their victory.