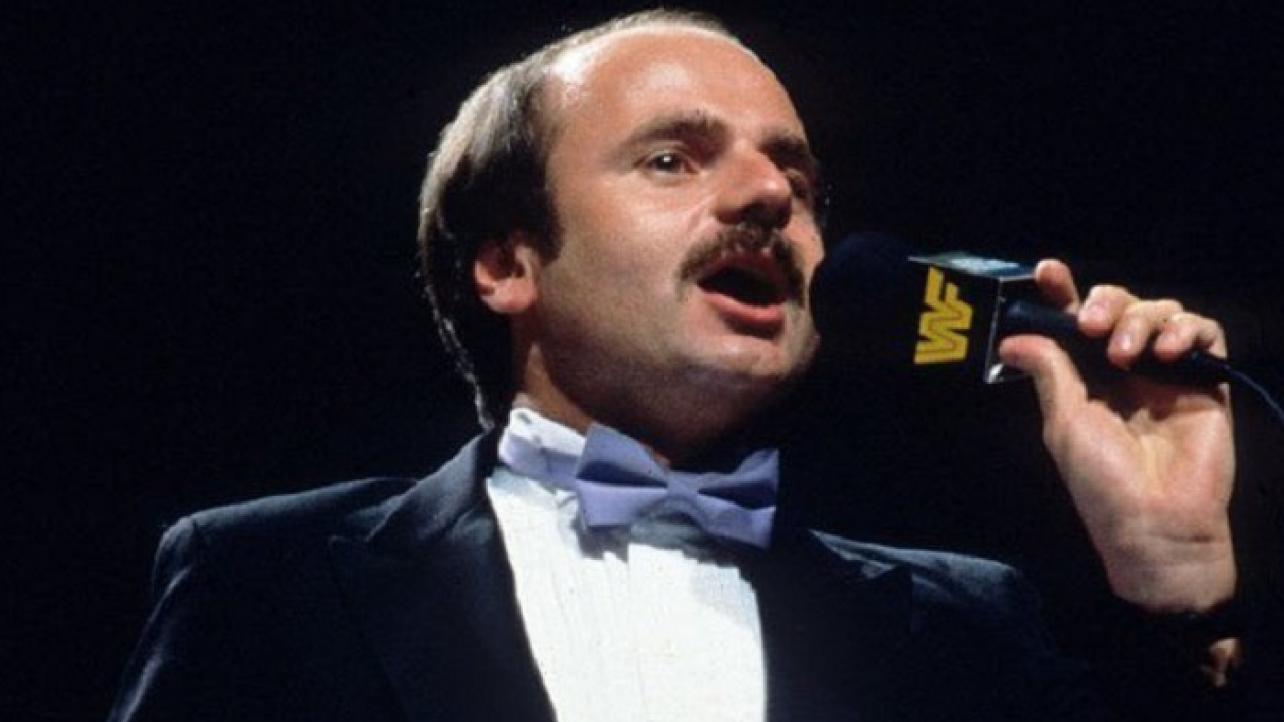 WWE Superstars and personalities came out in droves on social media on Thursday afternoon to comment on the passing of WWE ring announcing legend Howard Finkel.

Featured below are some tweets from Seth Rollins, Becky Lynch, Booker T and several others about the passing of “The Fink.”

When I first got to WWE, I couldn’t wait to hear Howard Finkel announce my name. He’s without a doubt the greatest ring announcer of all time. #RIPFink

We lost one of the greatest ring announcers of all time, Howard Finkel. Howard was the man who came up with the name “WrestleMania” and he was one of the most beloved people in @WWE. Howard ring announced my dad’s very first match at @TheGarden. We love you, Howard. ❤️ pic.twitter.com/8TdmTvZQph

He was the sweetest person!! Every time he stepped into a room he brought sunshine. I’m really going to miss him. #RIPHowardFinkel -Brie pic.twitter.com/NVhiJXUNue

At WrestleMania 2000 after E&C won our first tag titles I found myself alone in the locker room w/ Howard Finkel after the show. I said “Howard, I’ve waited my whole life to hear YOU say those words”.. AAAND NEWWW.. he hugged me.. He was genuine. He was the best. RIP

Fink was the voice of my childhood. Ya know what else? He was the kindest human being I ever met & I cherished our conversations.

Here’s him announcing the first NXT Title match. Hearing his voice say my name was a dream come true. May he rest in power. https://t.co/9qrWBTaGlE

The voice of a generation and the kindest, most loving human you could meet. RIP Howard. We will all miss you. pic.twitter.com/PA3CPyF1rp

I saw a voicemail after a day of training at OVW, it was my call up to raw! Howard Finkel spoke as if announcing a new world champion, at madison square garden! I will never forget that + his “welcome to the jungle” entrance is unmatched & sparked us all to have a great show!