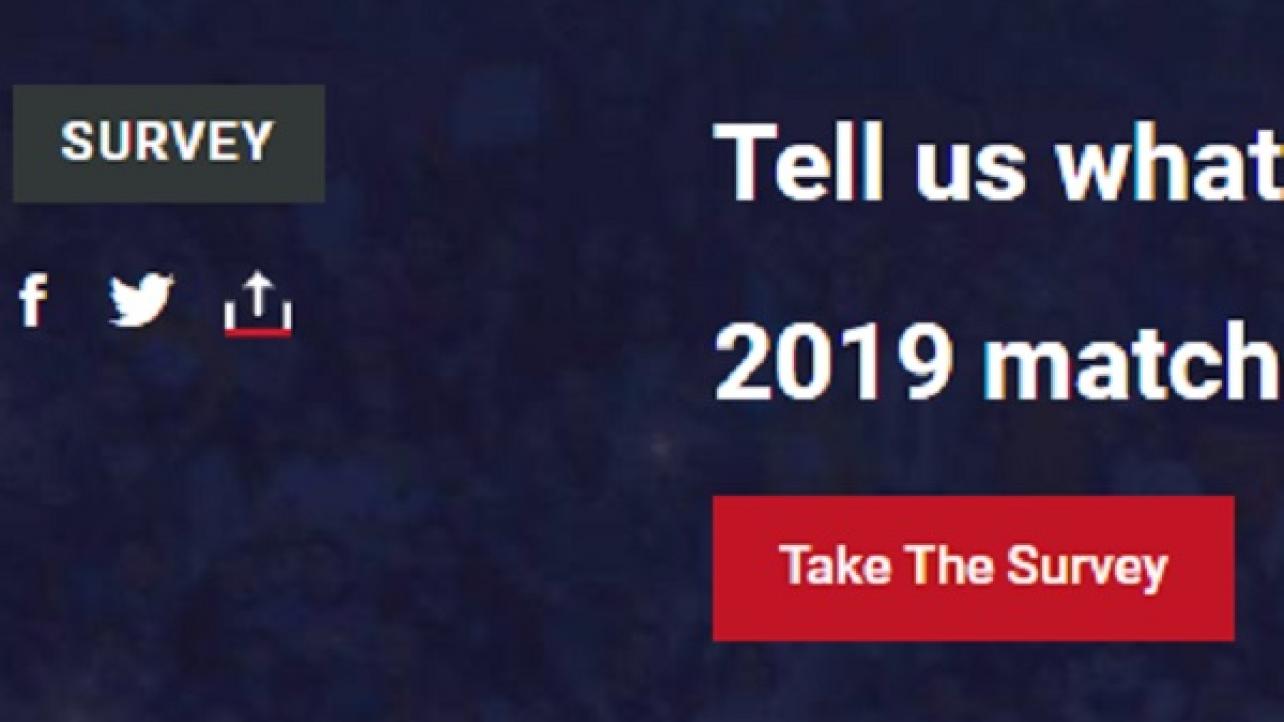 WWE has a survey listed on their official website asking fans to vote on their level of interest for ten of the matches scheduled for this Sunday’s WWE SummerSlam 2019 pay-per-view.

The survey, which is available at WWE.com, asks fans to “Tell us what you think about these WWE SummerSlam 2019 matches.”

The first match listed is the WWE Championship showdown between Kofi Kingston and “The Viper” Randy Orton. The options for fans to select from include:

After you make your selection, before hitting “Next” to move on to the following match on the WWE SummerSlam 2019 card, the survey asks fans to expand on the option they chose with an open field that you can enter up to 255-characters in explaining why you picked the level of interest that you did for each given match.

Take the survey today to express your interest level in all of the matches scheduled for this Sunday’s WWE SummerSlam 2019 pay-per-view by clicking here.