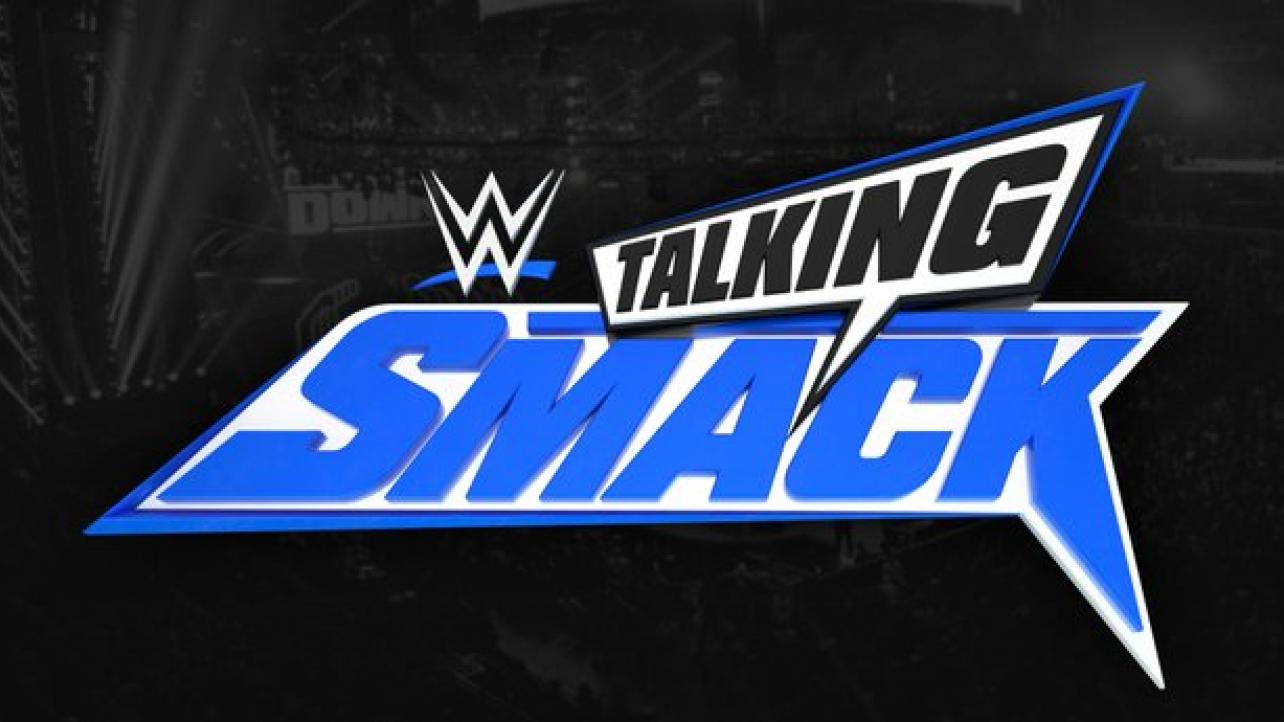 Hello again wrestling fans, and welcome back to the Talking Smack Recap! After the most recent episode of Friday Night Smackdown came to an end, WWE taped another episode of Talking Smack, which you can watch now on the WWE Network. Talking Smack is hosted by Kayla Braxton, and her co-host, Paul Heyman. The guests on the show will be Apollo Crews, and Sasha Banks. Now that we’re all caught up on what’s going down, it’s time to talk some smack!

Sasha confidently walks on to the set, and makes sure everyone saw her successful title defense on Smackdown. Kayla kicks off the interview by asking Sasha if she’s excited about Sunday, and she claims “I’m going to leave Wrestlemania as 2 belts Banks”. Sasha continues, and says she’s “not just a fighter, I’m the Smackdown Women’s Champion”. Kayla implies that Sasha and Belair aren’t on the same page, and Banks clears up the situation between the two. Kayla wants to know if they can be more cohesive than Nia and Shayna, and Banks tells Kayla “she chose me because I’m the best, and tomorrow night we will make history”. Sasha also makes sure to make it clear that she will walk out of Wrestlemania with her title. Kayla continues the tough questions, and implies that things may not go how her and Belair plan. Sasha tells Kayla to “just watch”, and walks away. The show then heads for an ad break.

When the show returns from the break, Apollo Crews is already at the desk. Kayla welcomes him to the show, and Apollo demands “a proper introduction”. Kayla tries again, and Apollo demands her to call him “the next Intercontinetal Champion”. Heyman interrupts Kayla, and gives Apollo a big introduction. Apollo tells Kayla “that is how you do an introduction”, and asks “are you both honored to be in my presence”? Kayla says yes, and asks when Apollo discovered the new version of himself. Apollo questions what Kayla is talking about, and tells her “I have always been like this”. Kayla wonders what happened between Big E and Apollo that caused them to fall out, and Apollo wants to know who is asking the questions. Apollo explains “I want that Intercontinetal Championship, friendship is not a thing, and for me it’s about the title”. Kayla continues to question Apollo, until Paul interjects. Heyman gives Apollo advice, and tells him “what makes you a star is that you look at a loss as a lesson”. Heyman continues, and tells Crews “you have to walk into Wrestlemania as the Champion”. Heyman adds to that, and challenges Crews to bring the title back to Talking Smack next week, and Apollo accepts the challenge. Crews finishes by sending a message to Big E, and tells him “if you thought what I did before was bad, wait until tomorrow. Hold the title close to your heart tonight, because tomorrow I will leave Fastlane, and walk into Wrestlemania as the new Intercontinetal champion”. The show then heads for another break.

Paul is the third guest today, so let’s see where this is going. Kayla asks Heyman about Eric Bischoff being inducted to the Hall of Fame, and Heyman just sighs. Heyman begins to talk, and tells Kayla “I don’t think the Hall of Fame is complete without Eric Bischoff, it’s most deserved”. Heyman adds that he “respects WWE for having the intelligence, and understanding just how much he belongs in the Hall of Fame”. Heyman says “however… the 1990’s were ruled by Paul Heyman, Eric Bischoff, and Vince McMahon, and only one of us still relevant enough to be on tv every week”. Shots fired! Kayla then asks about the universal championship match at Fastlane, and wonders who will compete against Edge at Wrestlemania. Heyman gives a “spoiler”, and says “the main event will change, but not the way everyone envisioned”. Heyman goes on, and states “Daniel Bryan is a hope, dream, and prayer, but Roman Reigns is where prayers go to die”. Heyman explains “Daniel Bryan is a prayer even god won’t answer”, and “a real man would have married both Bella Twins”. Heyman finishes up by saying “all Daniel Bryan is going to catch tomorrow is an ass whipping so bad that Edge will S*** his pants, and step out of the match at Wrestlemania”. Heyman closes out the show by saying that “tomorrow will be very special, because the main event of Wrestlemania will feature the end all be all, the best of the best, the unbeatable, Roman Reigns”.