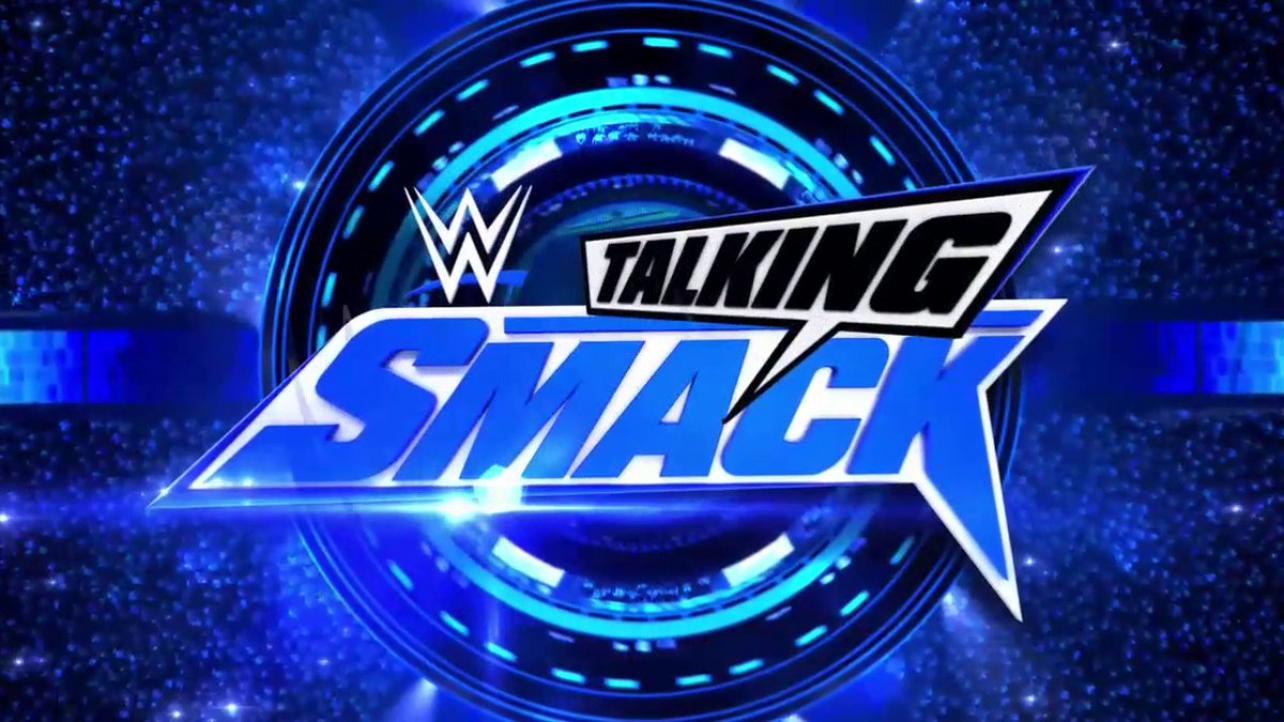 After last nights edition of Smackdown, WWE taped their latest episode of Talking Smack. The show featured King Nakamura, an appearance from The Mysterio’s, as well as a visit from Zelina Vega.

Matt Camp welcomes everyone to the show, and introduces the viewers to his co-host, Peter Rosenburg. Kevin and Matt cover a few of the highlights from Smackdown, including the return of Sasha Banks, and the latest happenings in the Universal Championship picture. Matt throws things over to Kayla Braxton in Minneapolis, who is with the first guest.

Kayla recaps the last two weeks for The Mysterio’s, and asks each guy if momentum is swinging back into their favor. Rey responds, and tells Kayla “I had a pep talk with my son. I told him to step his game up. You make mistakes, it’s normal, but today he showed he can step up.” Kayla follows up by asking Dominik how it was to receive advice from Rey, and Dominik explains “every time he talks to me I’m always all ears. He is a legend in the game. He was right, but after tonight’s victory we are back on track.” Kayla reminds The Mysterio’s that Summerslam marks one year since Dominik made his in Ring debut, and she wonders if the father/son duo are on track to face the Uso’s at this year’s Summerslam. Dominik sends a message to the WWE Smackdown Tag Team Champion’s, telling them “watch your backs, The Mysterio’s are coming.” Kayla pitches it back over to Peter and Matt, who sends the show to an ad break.

⁃ On the other side of the break, the host’s recap everything that happened between “The Boss” and Bianca Belair, until the second guest is ready in Minneapolis.

After Zelina let’s off steam, Kayla asks Vega about the return of Sasha Banks. Zelina asks “who cares about Sasha Banks? You know why she calls herself the conversation? Because the conversation is about how everyone hates her. I’ll tell you this right now, anyone who says Sasha’s name around me will get smacked in the face, starting now!” Kayla quickly wraps up the interview, and sends Talking Smack to the studio, where the show heads to another commercial break.

Talking Smack heads back over to Minneapolis one last time, where Kayla is standing with Nakamura and Rick Boogz. Kayla begins by asking if a future Intercontinental Championship may be on the horizon, and Nakamura says “the king would look good in gold.” Kayla wonders if Boogz has any advice for Nakamura, and Rick tells Kayla “sorry I’m licking my wounds still. Commander Azeez bruised the bridge of my guitar and my nose. My advice is keep your eyes on Apollo. Ricky B’s is gonna take care of Commander Azeez.” Rick begins to play a tune, and Kayla asks Nakamura what he thinks of Boogz music abilities. The King simply says “that’s tight,” and Talking Smack returns to the studio for a few final takes.

⁃ Matt and Kevin share their final thoughts on last night’s Smackdown, until the show comes to a close.