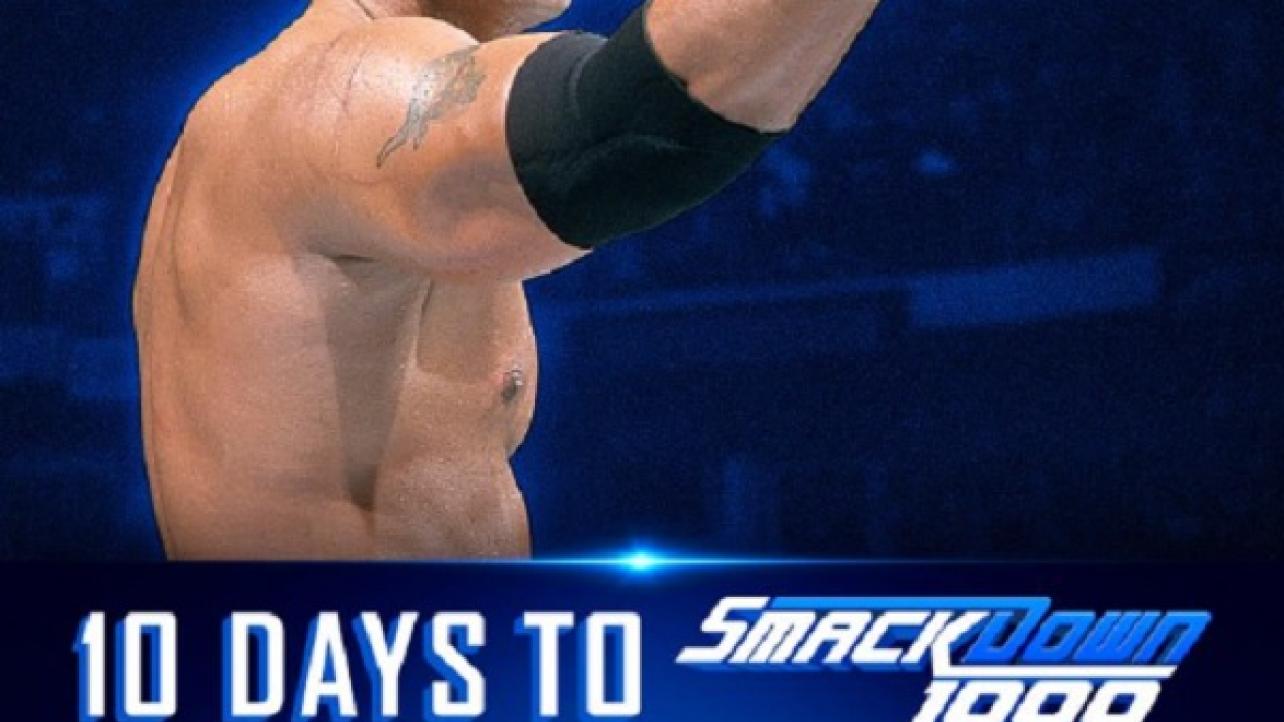 WWE Teases The Rock Appearing At SmackDown 1000 On Oct. 16

With WWE’s Super Show-Down now in the rear-view mirror, attention is turning to the company’s next big show – to take place on October 16 as Smackdown celebrates its 1000th episode. Fueling the rumors that are already going around suggesting that the Rock will be appearing on the show, WWE delivered their biggest tease yet in the form of a tweet, in which they hyped Smackdown 1000 by including a picture of the Rock, his catchphrase and even tagging him in it:

WWE Teases The Rock Appearing At SmackDown 1000 On Oct. 16