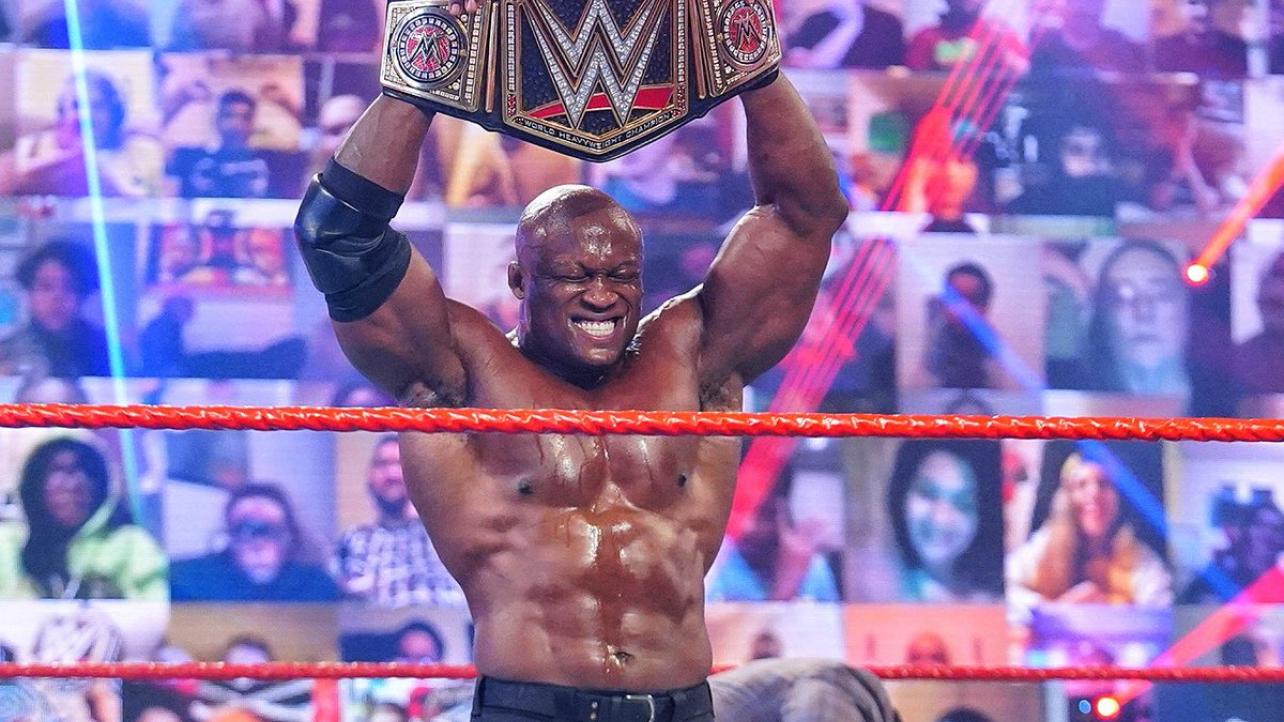 Come hell or high water, Bobby Lashley was going to collect on The Miz’s debt during this week’s WWE Monday Night RAW, and that he did!

Fans wondered why Bobby Lashley offered his assistance, and quickly got their answer when The Hurt Business member came to collect the debt on their previous agreement. A WWE Championship Title match. The Miz pointed out he had agreed to said match, but never stated WHEN. Lashley made it clear he had one hour to deliver an answer, or he would collect in broken bones. An hour later, Miz stated he had made a decision… that he needed more time.

An angry Bobby Lashley held off until this past Monday’s WWE Monday Night RAW, and once again this week, The Miz attempted to duck out of the opening match of the evening which was the WWE Championship title match between him and Lashley. As Lashley waited for his opponent, we saw Miz backstage, doubled over in pain. He was given ONE hour to get himself together for the title match after Lashley ran from the ring to the backstage area, grabbing the tummy-ache stricken Miz and warning him he would TAKE the title if necessary before dropping Miz to the floor where he continued to hold his abdomen in pain.

Miz continued to attempt to pull his tricks as he finally entered the ring with his opponent, Lashley, and had yet another failed attempt at getting out of the match as he tried talking MVP and Lashley into waiting to have the match at this year’s Wrestlemania which is a little over a month away. Miz continued to point out that after waiting 17 years for a title opportunity, Lashley deserved to have the match set “on the grandest stage of them all”.

MVP wasn’t taking the bait and told the referee to signal the bell to start the match. To his defense, The Miz DID in fact retain his WWE Championship title, though he did so by allowing himself to be counted out after rolling out of the ring at the bell, grabbing his title, and literally hightailing it up the ramp and out of sight!

An outraged Lashley and MVP then met and spoke with Shane McMahon backstage, which featured a non-censored “This is BULL****!” from MVP as he described his opinion of the events, which was pointed out by several fans in the online forums. Shane McMahon listened to an outraged MVP and Bobby Lashley (the technical “winner” of the first title match, but title didn’t exchange hands) and then made the third attempt (technically the SECOND match for the WWE Championship) title match a Lumberjack Match, giving The Miz nowhere to run this time. Lashley dominated the match and forced The Miz to tap after being put in The Hurt Lock.

In the end, the NEW WWE champion finally got his one-on-one during RAW’s main event match-up, lasting only a couple minutes! Congratulations to the NEW WWE Championship Title holder, representing The Hurt Business, Bobby Lashley!