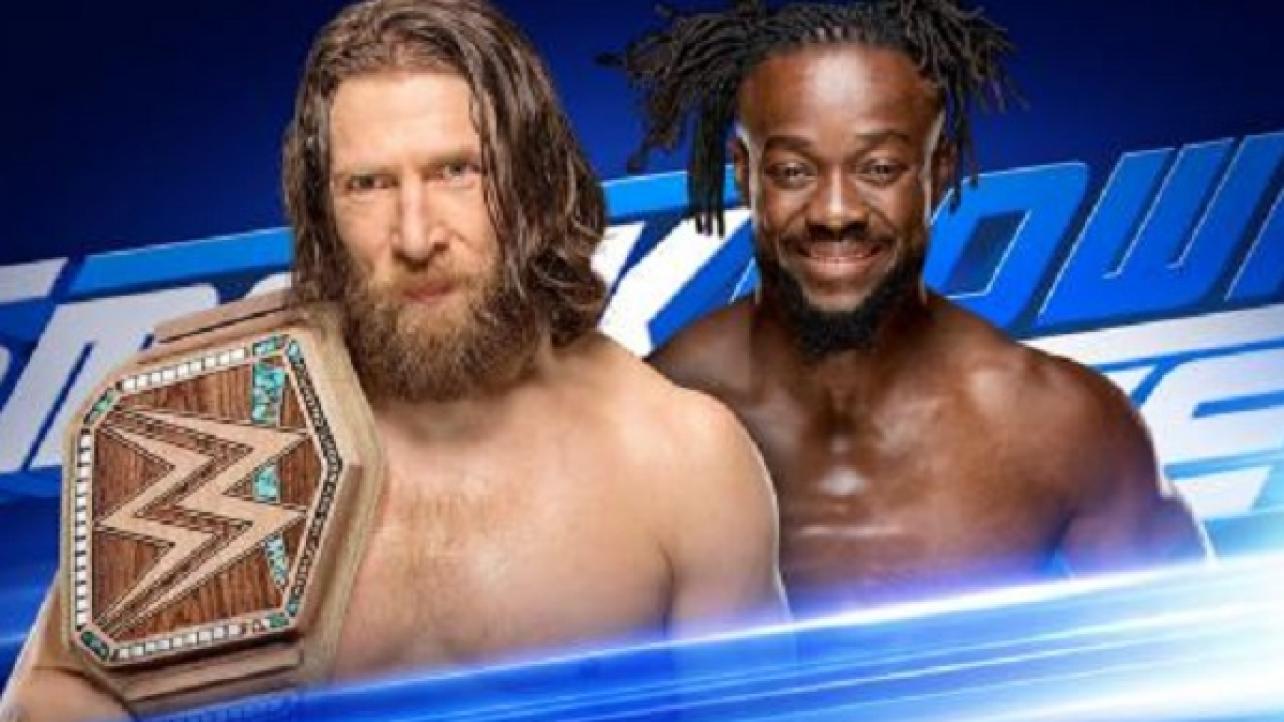 This weekend, it was announced that the contract signing for the WWE Championship match at the WWE Fastlane 2019 pay-per-view between Daniel Bryan and Kofi Kingston will be taking place on this Tuesday night’s show.

As noted, The New Day member earned the match, which was confirmed on last Tuesday night’s blue brand episode.

The following was posted on WWE.com regarding the Bryan-Kingston contract signing segment:

Kofi Kingston will get another opportunity to dethrone “The New” Daniel Bryan as WWE Champion at WWE Fastlane and this Tuesday night, the two Superstars will make the match official when they sign the contract for the major title bout.

Kingston has pinned Bryan on the last two editions of SmackDown LIVE, while, in turn, Bryan pinned Kingston inside the Elimination Chamber to retain his eco-friendly WWE Championship. The Dreadlocked Dynamo’s momentum has been surging for the past several weeks and it is clear that Bryan is aware of it. What will happen when the two sign on the dotted line this Tuesday night on SmackDown LIVE?

Also announced for this coming Tuesday night’s WWE SmackDown Live is Cesaro (with Sheamus in his corner) vs. Johnny Gargano (with Tommaso Ciampa in his corner) in singles action, as well as Ricochet & Aleister Black vs. Shinsuke Nakamura & Rusev in a tag-team bout.

Make sure to join us here this Tuesday evening at eWrestling.com for play-by-play results coverage of WWE SmackDown Live!