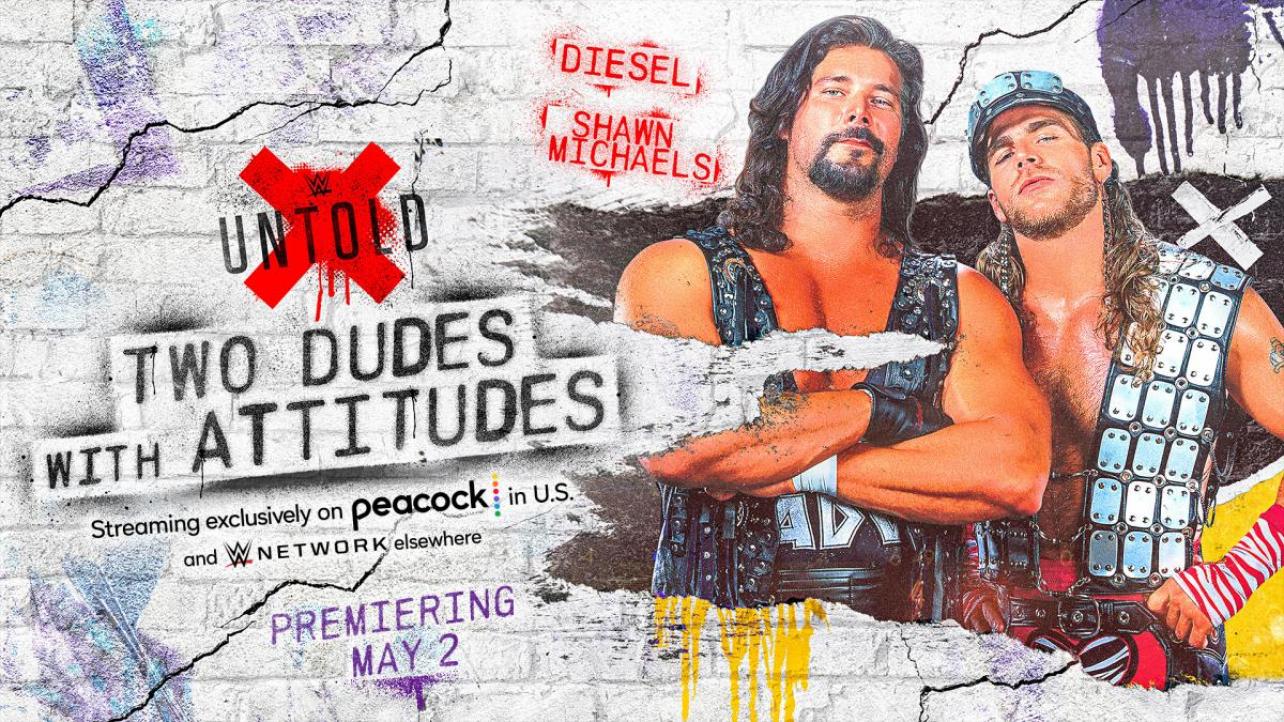 The Two Dudes With Attitudes duo of Shawn Michaels and Kevin “Diesel” Nash are getting the WWE Untold treatment on Peacock on May 2.

WWE Untold: Two Dudes with Attitudes to premiere Sunday, May 2 on Peacock

No pair of Superstars defined WWE’s New Generation Era in the 1990s quite like Diesel and Shawn Michaels, collectively known as Two Dudes with Attitudes.

Together, Big Daddy Cool and The Heartbreak Kid won championships, ascended to the main event, and instilled a bit of attitude into WWE programming long before the phrase “Austin 3:16” was ever uttered.

The WWE Universe will soon learn the inside story of Diesel and HBK’s influential partnership with the world premiere of WWE Untold: Two Dudes with Attitudes, streaming Sunday, May 2, exclusively on Peacock in the U.S. and on WWE Network everywhere else.

This new documentary takes WWE fans back to the Dudes’ formation in 1993, when Michaels saw something in a young Kevin Nash that not many others could see. With one phone call, both of their lives would change forever, as Nash risked everything to leave WCW and enter WWE as The Heartbreak Kid’s imposing bodyguard, Diesel. What followed was a meteoric rise to the top, a bit of hellraising and a lifelong friendship.

Michaels and Nash sit down to reveal how their time together included not only lessons for the squared circle, but for life outside the ring as well. The episode will also feature interviews with WWE Executive Director Bruce Prichard and author David Shoemaker, who share their insights on Diesel and HBK’s dominant run in the ’90s.

Mark your calendars now and be sure to check out WWE Untold: Two Dudes with Attitudes when it premieres Sunday, May 2.

No duo was radder or badder during WWE’s New Generation Era than Big Daddy Cool & The Heartbreak Kid.

This will be a fun watch! @peacockTV https://t.co/UjimWU6op5