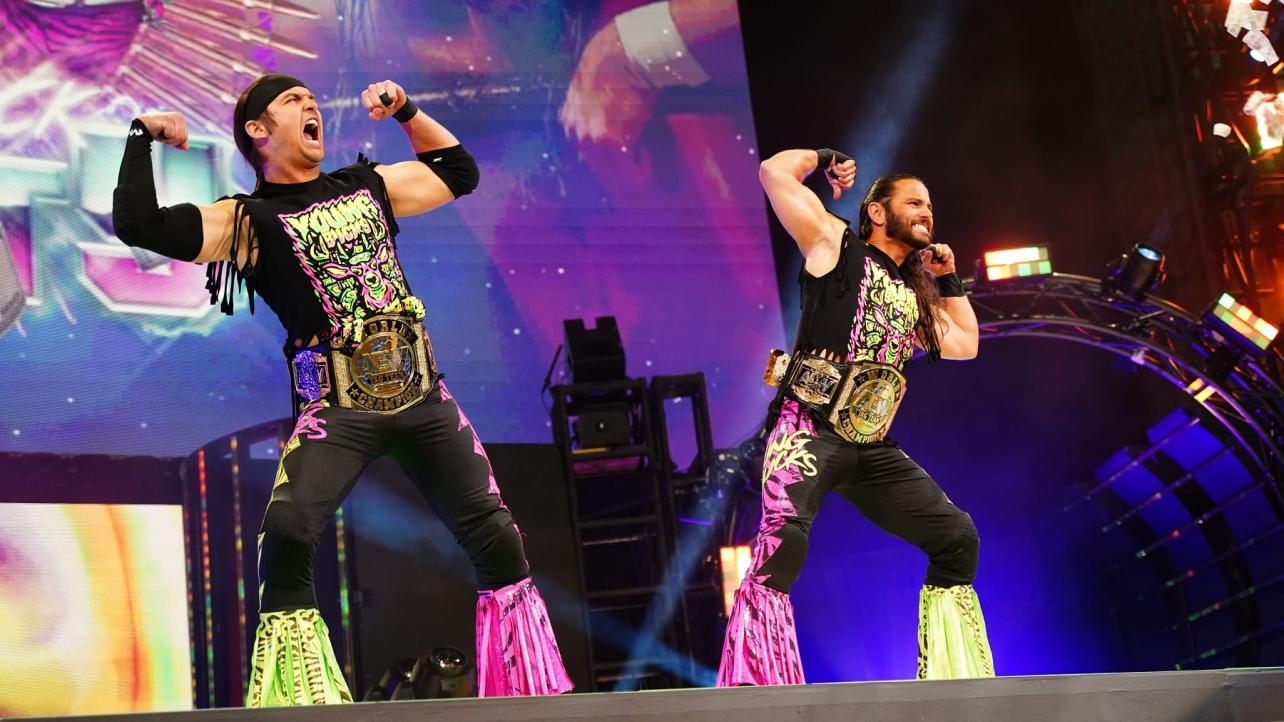 On the most recent episode of his Reffin’ Rant series on Twitter, long time WWE referee Jimmy Korderas spoke about The Young Bucks current characters on AEW television.

During the video, Korderas said he’s a fan of Matt & Nick Jackson portraying heels, but he’s not thrilled about the way they cheat. Korderas explained:

“Look, I like The Young Bucks as heels. I thought they showed a lot of promise in that, the overconfidence, the cocky attitude. Cheating at the end was fine but distracting the referee like that and giving the low blow and just, like, freezing there and holding it and looking at the camera, for like ten seconds? Way too long! Heels don’t cheat like that! Heels cheat quickly, get it done, get it over with. Other than that, I enjoyed their heel tactics, let’s put it that way.”

Jimmy also discusssed the AEW Dynamite clash between Brain Cage and Adam Page, which went down last Wednesday. Korderas told viewers that he enjoyed the match, but he did have one minor complaint, stating:

“And in the opening match with (Brian) Cage and Adam Page, I just wish Cage would look like he had been in more of a fight. Yes, he beat him handily, but he just looked way too fresh at the end.”