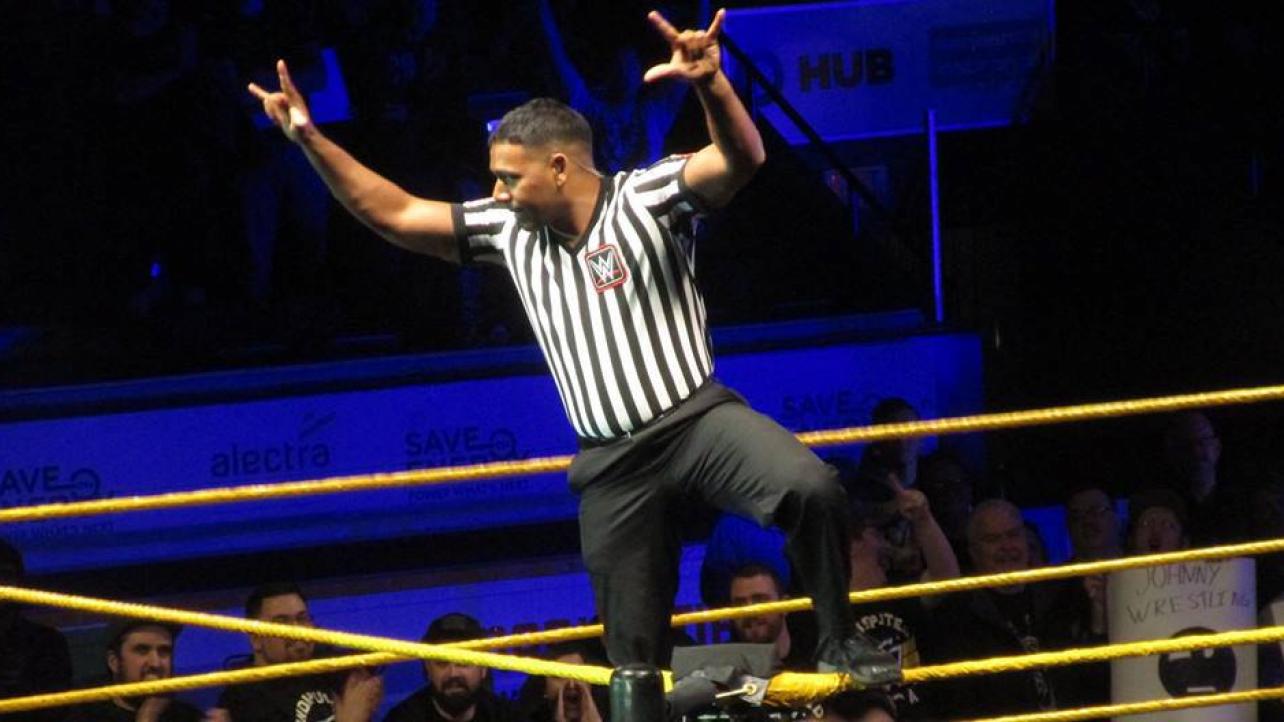 WWE recently presented their first ever “Superstar Spectacle” which was primarily geared for the audience in India as part of a historic five-year agreement with Sony Pictures in that country. The show featured five random matches with each of them featuring at least one performer from India that is in the company’s development system. However, that was not always the original plan as multiple sources have told http://rajah.com that initially WWE had envisioned a tournament to take place instead. Moreover, interestingly Darryl Sharma – an NXT referee – was expected to be part of that tournament and had been privately working out at the Performance Center shows in preparation. When the tournament idea was scrapped, WWE still had Sharma on hand as an alternate in case of a talent injury or a COVID-related absence.

A referee in NXT since 2016, Sharma has significant experience, having wrestled extensively in the indies under the ring name “Hornet”, while also being heavily involved with WWE over the years both in recruiting wrestlers from Indian and Canadian backgrounds and mentoring them upon arrival in WWE’s system and many of his recruits ended up competing in the Superstar Spectacle.