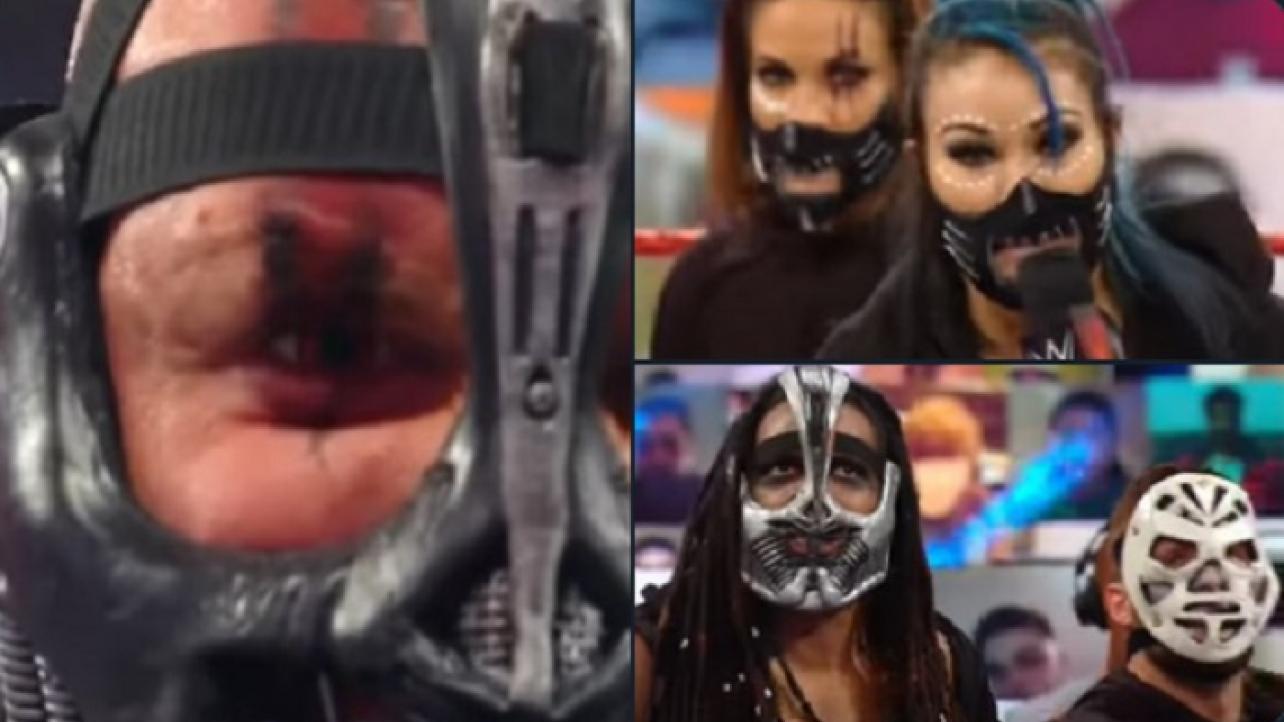 The COVID-19 situation in WWE has been in the news lately, with the company reportedly battling to contain a potential outbreak that began at the Performance Center in Orlando.

At the Clash of Champions PPV on Sunday, two women’s matches were cancelled with three performers – Nikki Cross, Nia Jax and Shayna Baszler – pulled from the PPV despite reports suggesting that “two of the three” were healthy.

Jax and Baszler went on record to state that they were healthy but were apparently kept off TV after being in contact with someone who did test positive.

Cross’ situation is unclear, but she is expected to be away from WWE for about two weeks, dating back to earlier last week.

The new RETRIBUTION stable did not appear on Raw last night and all five members were reportedly self-isolating as well, having come into contact with someone who tested positive for COVID-19.

However, Pro Wrestling Sheet noted yesterday that all five Retribution members did test negative themselves, but WWE has asked them to quarantine for precautionary reasons.