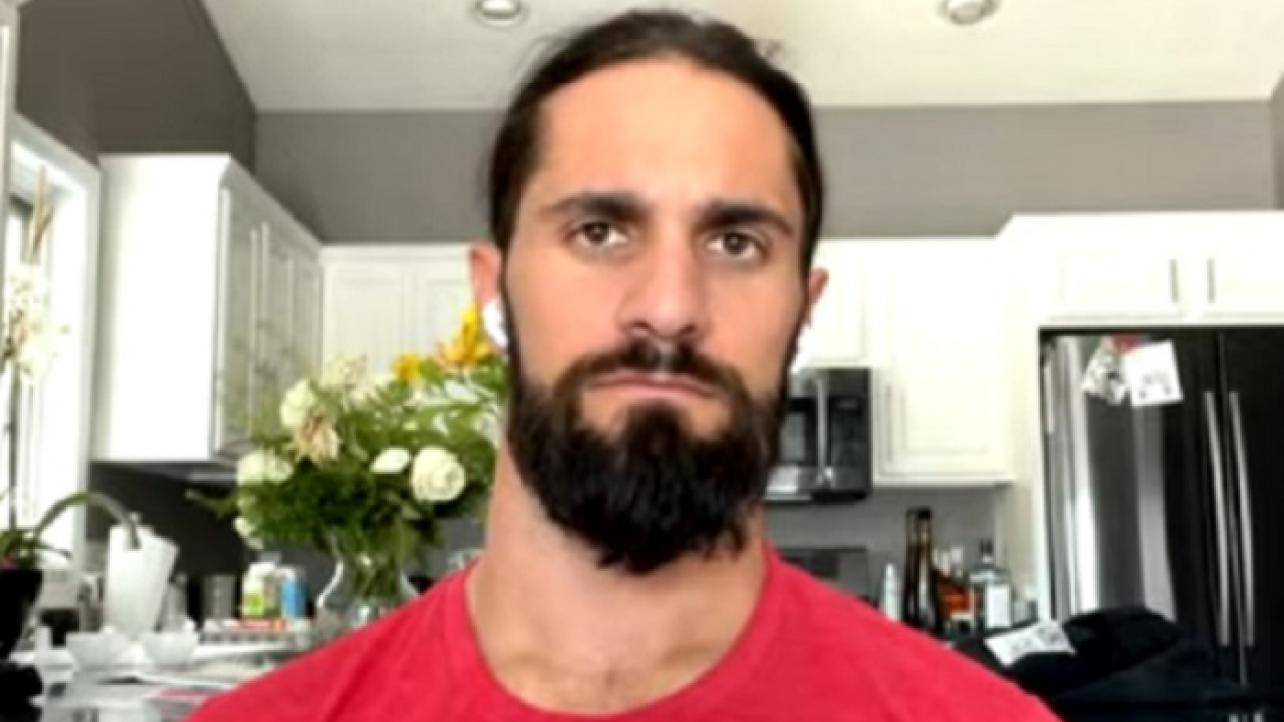 Hello again everyone, and welcome back to “The Bump” recap, courtesy of Andrew Hatcher and Rajah.com, for the episode that aired live across all of WWE’s digital platforms on Wednesday, February 17, 2021.

Now that we’re all caught up on what’s going down, let’s take a look at The Bump!

Kayla kicks off the show by welcoming the viewers to her co-hosts, and they all share their thoughts and opinions on NXT Takeover: Vengeance Day. Kayla shows the crew a few tweets from WWE personalities, in the midst of their discussion, and highlight each match that took place at the show. Once they finish sharing thoughts on the show, they bring on the shows first guest, Raquel Gonzalez and Dakota Kai.

The winners of the women’s Dusty Rhodes Tag Team Tournament share their feelings on winning the match, and Dakota calls it “the biggest prize they have fought for as a unit”. Raquel adds to that, and calls it “absolutely amazing to be the first winners”. Ryan joins the conversation, and ask Dakota why they have been so successful. Dakota says “the juxtaposition of our styles” is the key thing. Matt wants to know how Raquel compares herself now to herself when she made her debut. Gonzales mentions that Kai has “helped her gain experience” and she is always “willing to keep pushing for what is next”. Evan wonders what Raquel has learned, and she tells him “I can’t tell you everything”. Kayla jumps back in, and talks about what it may mean for Kai to hear what her partner had to say about her. Dakota tells her “you don’t think about that side of it”, and talks about being a wrestler for 14 years. Dakota continues, and tells Kayla the growth Raquel has had “is night and day”. Matt rejoins the conversation, and wants to know about Dakota turning heel at last year’s War Games. Dakota tells him “the decision has worked well”, and then Matt adds “clearly you have no remorse”. Evan throws in his two cents, and asks Raquel if she feels “unstoppable right now”. Raquel answers quickly, saying “oh yeah”, before mentioning that “the train isn’t stopping any time soon”. Ryan questions the pair on an upcoming match with Nia Jax and Shayna Baszler, and Kai calls them “a dominant tag team”. Kayla wants to know what Raquel thinks about Nia Jax, and she tells Kayla she “cannot wait to step in the ring with Nia”. Kayla congratulates the pair on the Dusty Cup victory, and sends them off.

After they move along, The Bump Crew begins to discuss the upcoming Elimination Chamber event. They share a few predictions on the matches taking place at the show, as well as a few highlights from the most recent episodes of Smackdown and Raw. After Kayla tells us about the new “Stump The Bump” trivia game, she brings on the second guest, Montez Ford.

Montez is here to talk about black history month, which means “everything” to him. Ford covers the reasons why, and calls the month “a big deal”. Evan then rolls a little video footage from a separate interview he had with Montez, and Ford tells him “it’s 100% a blessing to be on this platform”. Ford talks about being “fortunate to be in a position to put out good in the world”, and calls it “everything, man”. Matt joins the conversation, and shows Montez a few black history month themed photos Ford took with Bianca Belair. Montez talks about being able to learn a history lesson, and talks about being able to “portray people who meant so much to the history”, and everyone who “did their part their way”. Ryan asks ‘Tez for his thoughts on Belair winking the Royal Rumble, and wonders who she will choose at Wrestlemania. Montez tells him “I would be breaking the code” if he told, but “she ready”. Kayla speaks about being able to witness him and Bianca interact backstage, and asks ‘Tez to talk about his emotions. Montez tells Kayla he “gets more nervous for her stuff”, and talks about the “hard work” Bianca has put in. Ford continues, and calls it “one of those moments you can’t describe”. Matt shows Montez a few comments that Bianca made on The Bump recently, and ‘Tez responds, saying “that’s what it’s all about”. Evan asks how it is to see the locker room so happy for her, and Montez calls it “uplifting and motivating”. Kayla asks Montez about his recent interactions with Sasha Banks, and Montez tells the crew “I see what you guys are doing here”! Matt wonders how Montez would do against Bianca on an obstacle course, and ‘Tez tells him “she would(do better)”. Ryan moves things back into talking about the Street Profits, and talks about the win they had at last year’s Wrestlemania. ‘Tez says “it’s take back season”, and they are going to reclaim the Smackdown Tag Team Championships before or at this years show. Montez finishes by talking about Ziggler and Roode, saying “now it’s about us making our marks in the WWE”, and closes out the interview by telling them “we want the smoke”. Kayla thanks Montez for joining the show, and moves along to the next segment.

The Bump crew then covers a few “Top Rope Topics”, and discusses various things happening within the WWE Universe. Once the topics wrap up, “Young Rock” actor Bradley Constant joins the show, and quickly talks about various things related to the show. Once Bradley departs, Kayla brings on the final guest of today’s show, Seth Rollins.

Rollins recently returned to Friday Night Smackdown, and also became a dad. Seth talks about being a father now briefly, and Evan asks him how it feels to have his old theme song back. Rollins tells him “it doesn’t really fit the character, but it was nice to have it back”. Ryan wonders why Rollins is still wearing the glove, and Seth tells him “the story has yet to unfold”. Matt continues the rapid fire questions, and wonders how Seth feels about the roster being present for his return, and then leaving him. Seth calls Cesaro “ungrateful”, and Ryan wonders if Rollins “sacrifice” has paid off. Rollins tells him “absolutely, it woke everyone up”. Matt brings up Cesaro again, and Rollins tells him “not everyone will agree with you in life”. Rollins adds that what Cesaro did “was specifically insulting”. Kayla shows Seth things Cesaro had to say on Talking Smack, and Rollins responds, saying “if he wants to be Universal Champion, I respect that”. Rollins further states that “if he doesn’t agree with me, he will be a roadblock”. Ryan takes Seth back to his previous run, and wonders about how Seth feels now that Roman Reigns is Universal Champion. Seth tells him that Roman “is really doing his own thing now, and it’s paying dividends”. Kayla takes a moment to compare Seth Rollins all leather look to other well dressed people, and Rollins jokes with Kayla, saying “you tried to steal it from me”. Matt talks about a possible match between Rollins and Daniel Bryan, and Rollins tells him that “would be a painful treat”. Rollins adds to that, saying if Bryan stands in his way anymore “you will see our path’s cross”. Ryan remembers Rollins 2016 return, and Seth tells him “I get goosebumps watching that, because I miss the fans so much”. Seth tells the crew about the reaction he experienced that night, saying “that’s what we live for, and we miss our audience”. Evan brings up Rollins wrestling school, and asks him about NXT UK roster member Ben Carter. Rollins calls Carter “extremely impressive, and I am so proud of him”. Rollins adds that seeing Carter go through the process “is a really cool thing”, and Kayla thanks him for joining the show.

Once the Rollins segment finishes up, the crew hypes an upcoming PROGRESS event, which will be going down on the WWE Network this weekend. After they add in one last reminder about “Stump The Bump”, and remind us about tonight’s episode of NXT, they mention the Elimination Chamber one last time. Kayla then thanks the viewers for joining, as the show fades to black.

That’s all for this weeks edition of The Bump recap. Join me right here next Wednesday, for an all new edition of the recap.