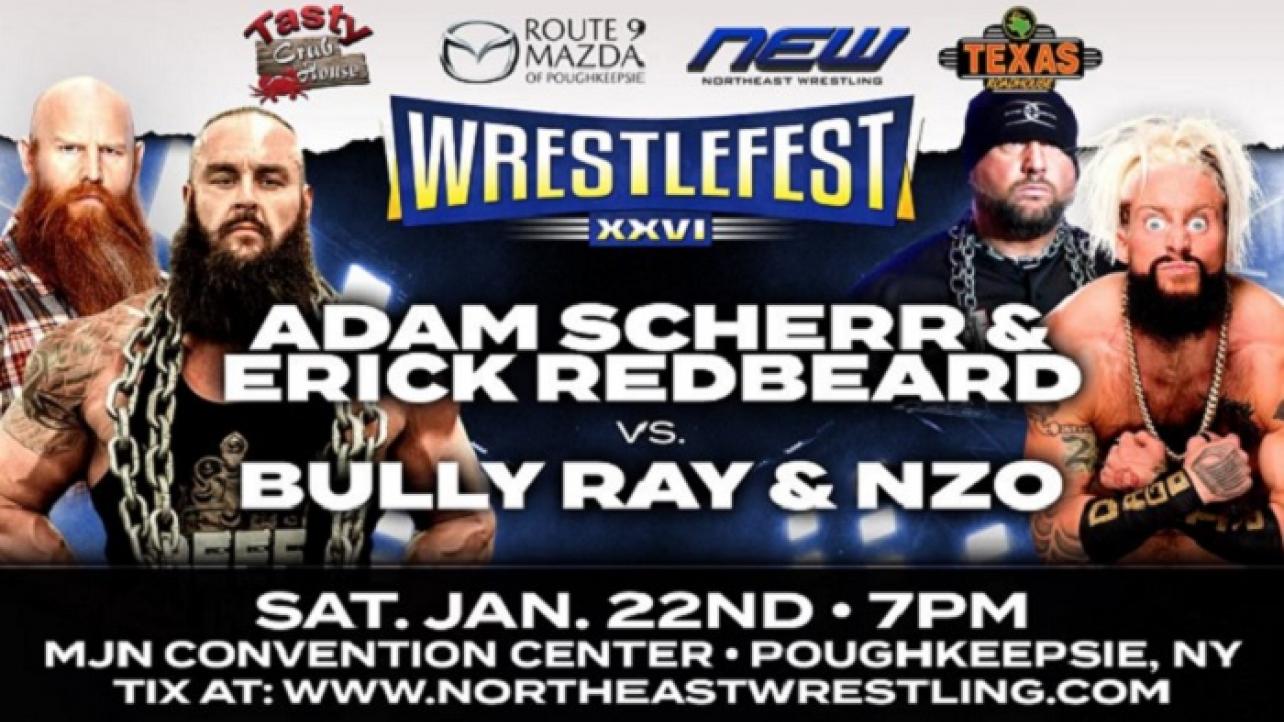 Former members of The Wyatt Family will be reuniting later this month.

On Tuesday, Adam Scherr, formerly known as Braun Strowman in WWE, announced via social media that he will be working the WrestleFest XXVI show.

“We’re here,” wrote Scherr on Twitter today, along with a hash-tag that read, “#Family.”

In an additional tweet, Scherr responded to a promotional post on nZo’s Twitter feed, writing, “It’s been a long time since I punched you in the face. Can’t wait!!!”

Check out Adam Scherr’s tweets regarding the WrestleFest XXVI show on 1/22 via the posts embedded below courtesy of his official Twitter feed.

It’s been a long time since I punched you in the face. Can’t wait!!!