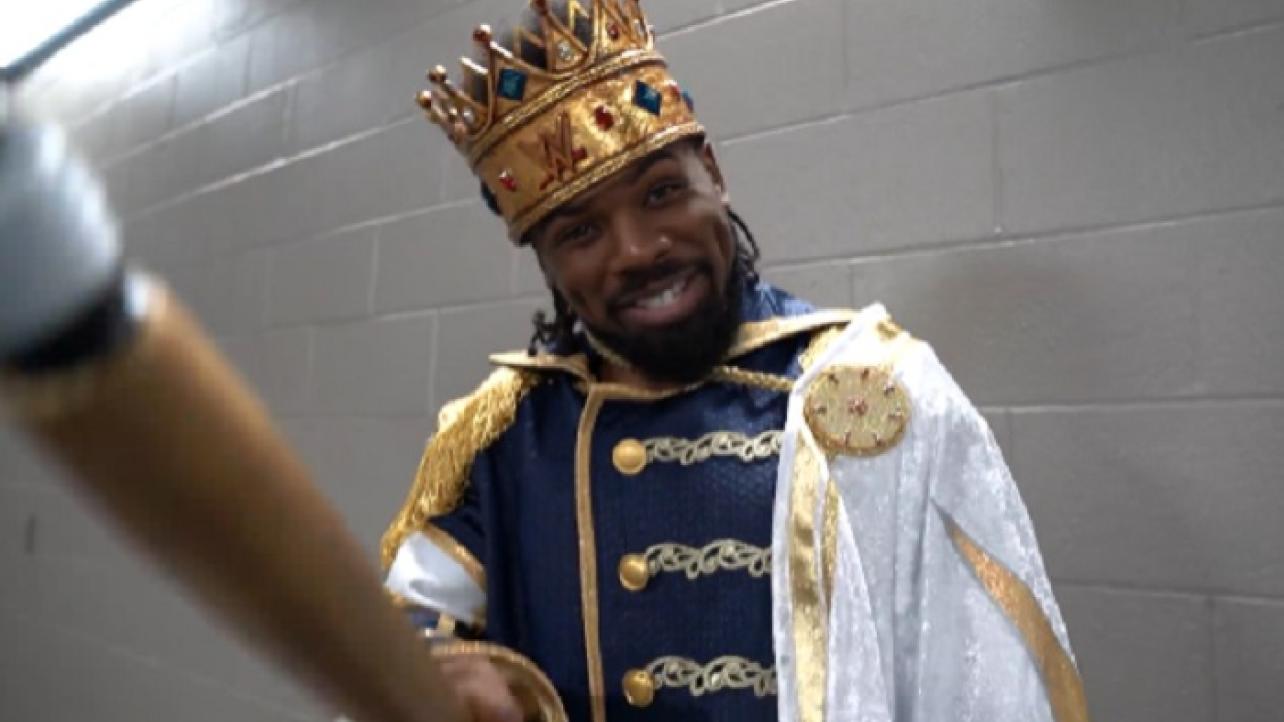 During the discussion, the 2021 WWE King of the Ring tournament winner spoke about the last month of his career, why he thinks the New Day group was so successful, the traditional team elimination match at Survivor Series and more.

On his comments on his last month: “It feels like anything would when you’re actualizing a dream you’ve had since you were a child. It feels absolutely incredible. It’s one of those things that nobody can ever take from you and a moment that will be burned into your brain for the rest of eternity. I got to achieve something that not everybody gets to do. I believe I’m the 22nd King of the Ring. To me, we’re only in double digits so it’s really cool to be in line with such prestigious performers who have been able to win the crown. So, it’s just very surreal because this is the main thing I wanted out of my wrestling career. To finally have it is, I don’t know, kind of incredible. I’ve been having a great, great month. King of the Ring, G4 launching. It’s been pretty good.”

On why he thinks the New Day was so successful: “As soon as you’re not as hungry as you used to be, it’s time to stop and figure out what else you like in life. If you’re not grinding to achieve something, then you’re not growing as a human. If you’re stagnant and content with where you are, what’s the point of doing it in the first place? As soon as I become complacent in wrestling, I’m done. That’s when I hang the boots up. For me, and for us, it’s always been a case of we are in a position where we are able to achieve these goals we have had for so long and then, at the same time, we are now also in a position where there are kids who are watching us and we’re doing our best to lead by example that if you want something, go and get it. Don’t sit and wait around for it and hope that somebody brings it to you. That’s something we take very seriously because we know there are a lot of kids who watch wrestling and who are into us because of the bright colors, fun jokes, unicorns, pancakes and all that kind of stuff. We have a very kid-friendly act going on. We do our best not only to fulfill the things that we want in our personal lives, but also to make sure the kids that are watching understand that it doesn’t matter if you don’t fit the mold everyone else thinks you should fit. If you work hard enough, you can build the same exact house everybody else has built but you can use your own tools to build it.”

On his thoughts on the Raw vs. SmackDown match at Survivor Series: “Considering a lot of us just got back to SmackDown within three or four weeks, it’s not really excitement. It’s just another match. It’s cool to be a part of it but at the same time, we’re trying to figure out what does the winner get? Are we just fighting to fight or are we fighting for something? The idea of brand supremacy, to a guy like me? I’m king. If I get rid of half of my constituents because they like Raw, I’m not a good king. I’m king of the entire kingdom. I’m not worried about Raw winning or SmackDown winning, I’m worried about people winning and they will because it will be an incredible match. But when my team wins — When the king’s team wins, I want something for it. I don’t care to have matches for no reason. I’m going to need them to come up with something for the king when I win.”