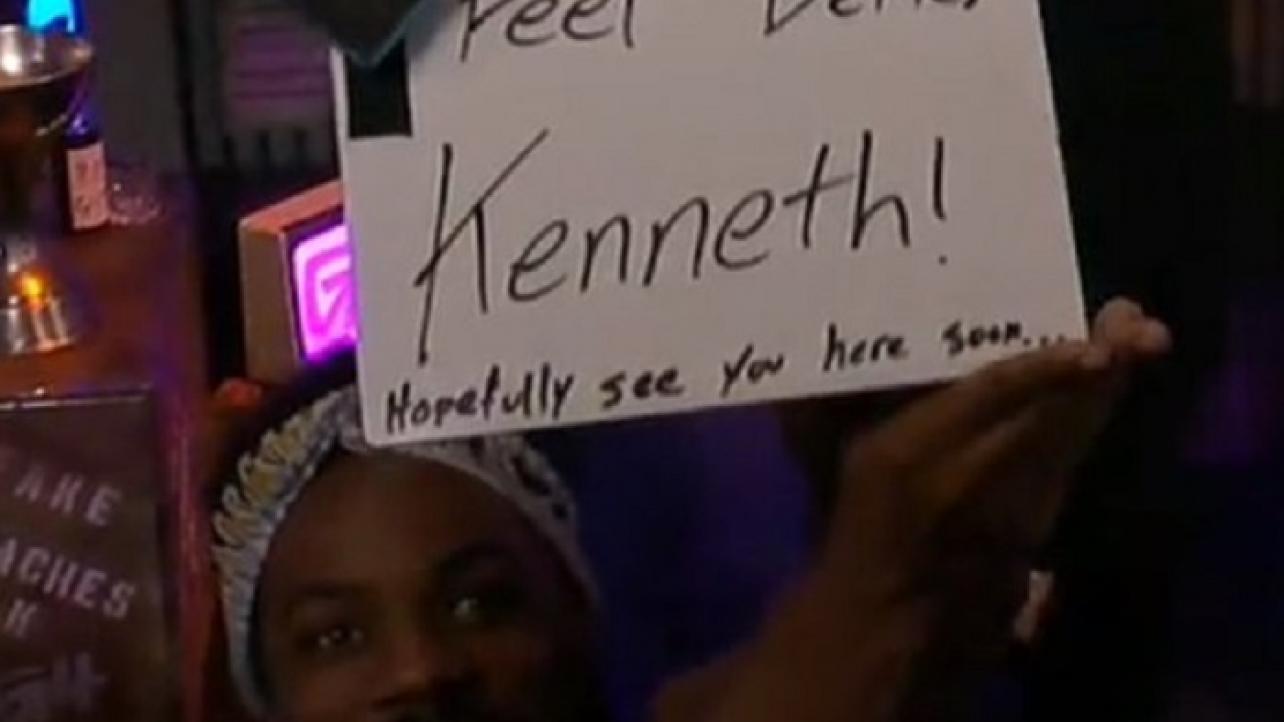 “King” Xavier Woods gave a shout out to Kenny Omega during his appearance on the G4 “Attack of the Show” program on Thursday evening.

During the episode, the 2021 WWE King of the Ring tournament winner held up a sign that read, “Feel better Kenneth! Hopefully see you here soon.”

The WWE Superstar gave the shout out to the former AEW World Champion after learning that he will be taking a hiatus from the squared circle due to lingering injuries and a case of vertigo, as well as a shoulder surgery that will force him out of his scheduled appearance at the AAA TripleMania Regia pay-per-view.

After doing the shout out on the G4 television program, Woods received a social media response from “The Cleaner” himself, as Omega hopped on Twitter and responded to a fan tweet containing a photo of Woods holding up the aforementioned sign. Check out the tweets below.