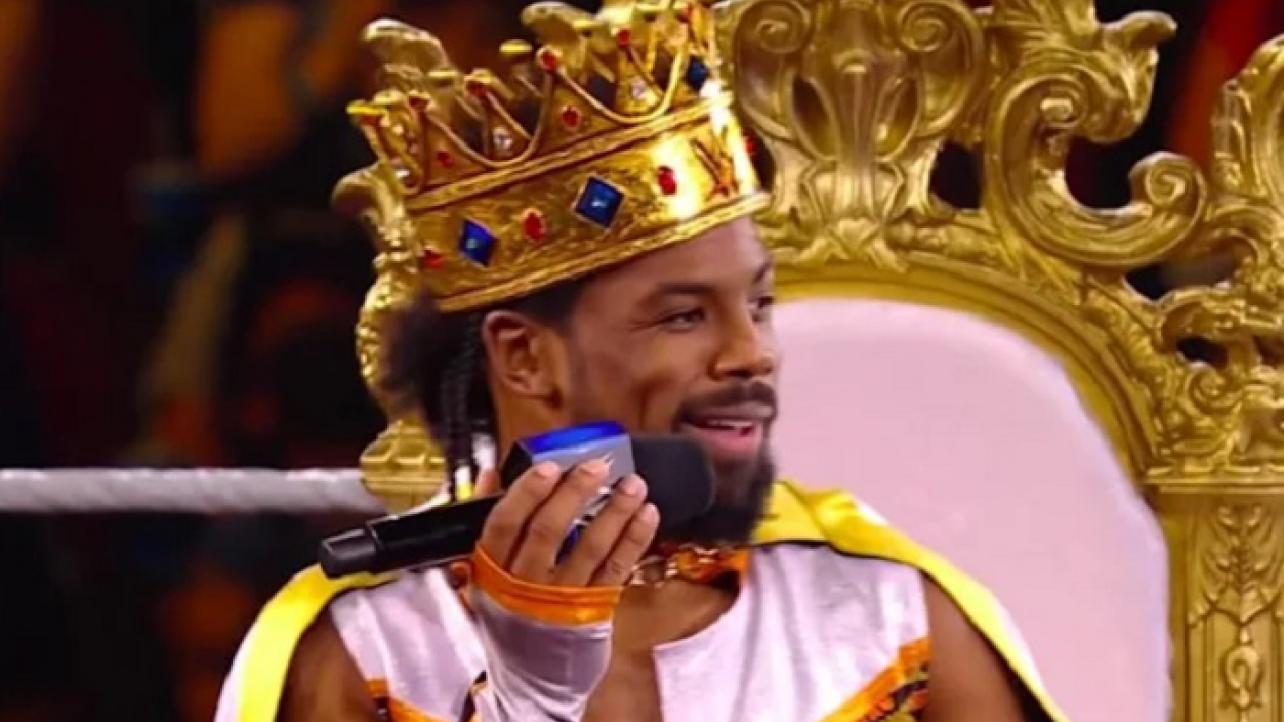 “King” Xavier Woods is getting ready for another hosting gig.

In addition to the G4 hosting job he recently took on, the 2021 WWE King of the Ring tournament winner is gearing up to serve as host for another big show.

The New Day member and WWE Superstar will be hosting the 2021 Nickelodeon holiday special “Treasure Truck.”

On December 8, 2021, the “Treasure Truck” special will premiere on Nickelodeon featuring Woods serving as host of a show that will include four families competing against each other for the chance to win a “truckload” of gifts just in time for the holiday season.

“Nickelodeon’s Treasure Truck” brings the competition to the front yard of four families, who must compete against each other when the Nickelodeon Treasure Truck drives up with a truck-load full of amazing holiday gifts, the special’s logline reads. The families put their friendships to the test as they take on three rounds of messy, holiday-themed challenges, such as the Ornament Plow, The Claw and the Snowman Shuffle, among others. After each round, one family is eliminated until only one is declared the winner and gets to take home all the gifts inside the truck.

The holiday competition special is executive produced by Moira Noriega. Production of the special for Nickelodeon is overseen by Ashley Kaplan, executive vice president of Nickelodeon & Awesomeness unscripted and digital franchise studio.