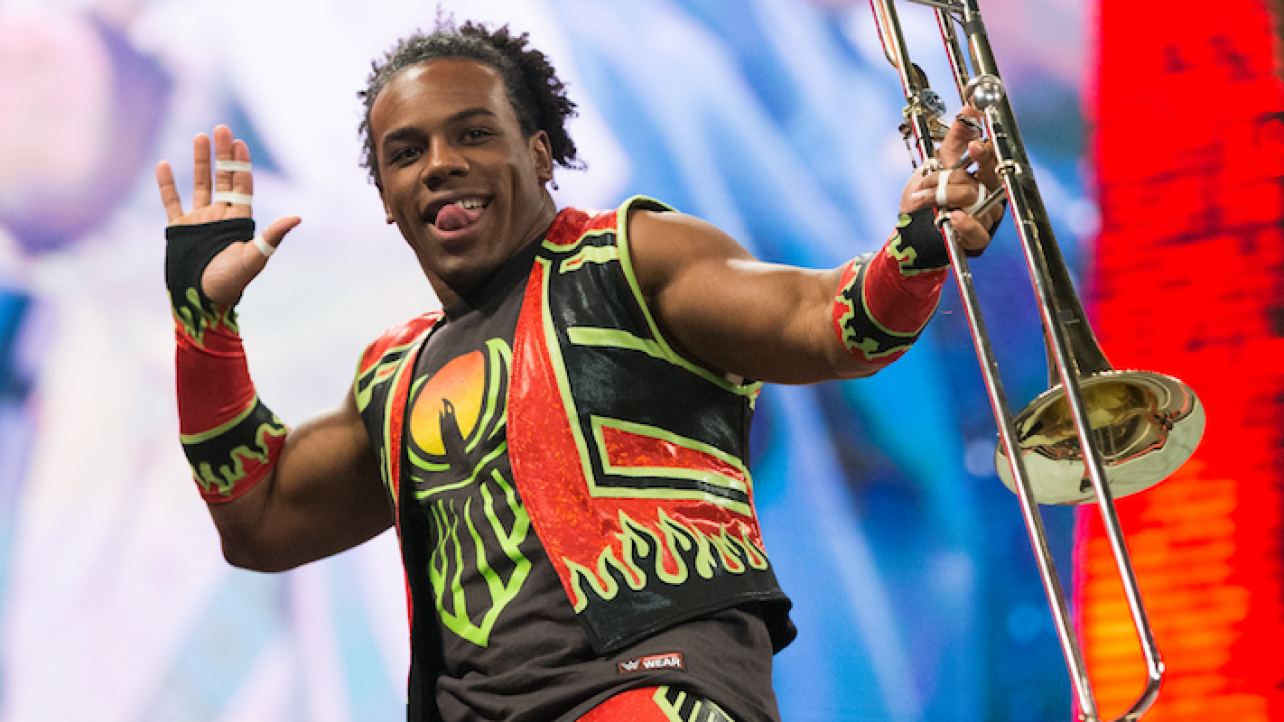 WWE superstar Xavier Woods was the latest guest on Insight With Chris Van Vliet to discuss a number of different subjects, including what he learned from his achilles injury, and how he was able to introduce the trombone into his act. Highlights from the interview are below.

On what he learned from his achilles injury:

“I guess it was to not stress things I could not control. I am a big perfectionist and a big control freak. Before I tore my Achilles, I was at a birthday party with my 3-year old at a trampoline park. We were doing flips and it was so much fun. We were planning to do it every Saturday. The next week I tore my Achilles, I immediately thought I can’t go to that trampoline park. Then it’s I can’t dance with my kitchen with my kids, the third thing was not being able to wrestle. That’s how much having kids has affected me. Before it was I want to wrestle everywhere and I want to have my name in lights and help change the industry. That was my focus and my motivation. I realized that my motivations changed when my kids were born. You feel that when you see them, it’s a crazy experience. But to have a life changing injury happen to you, everything rushes forward for you. This is what is most important, it’s cool to see that change happen. By the time I was jogging again and playing with the kids, it hit me that I would be able to wrestle again. Some months later I got to come back to wrestling and everything felt great. Learning that wrestling is not the be all and end all is the biggest takeaway. I filled up my diary with conventions to keep my busy. I had surgery on the Thursday and did a convention on the Saturday.”

His background with the trombone:

“The trombone found me. So I wanted to play drums, but 6th grade me had no idea what the word percussion meant. When they called out percussion and we went into a room, I was like I don’t want to do that. Then they went on to the next instrument. Later I asked when are they doing drums? They told me that they called that 10 minutes ago and that door is closed now. So instead it was try to make some noises on these other instruments. Saxophone is sexy, maybe I can get good at that. They gave me a brass mouth piece and asked what I thought I should do with it. I made the sound instantly and then they asked can you do it with this smaller one? I could and then they tried the smallest one, which is the trumpet, which I couldn’t do. Then they said cool you are a trombone player.”

On getting the trombone introduced on WWE television:

“At that point we were trying to see what they would say yes to us doing. They had an idea after we won the titles in New York and they wanted us to sing a song. They wanted us to sing ‘New York, New York.’ We were in the car and I said do you think they will let us have a trombone, because I could figure it out on that. The guys were like let’s see. We texted them back and they told us yeah we can get a trombone. We played it during the show and I’m supposed to give it to someone so we can do our match. In my head I’m thinking I’m never going to be in this situation again. I get to take my passion of professional wrestling and my passion of trombone and experience this feeling again. So I’m going to keep the trombone and play it during the match. One of the camera guys is crying as he is trying to record. We go to commercial and the camera guy says ‘You got to keep playing that trombone. Vince is loving this.’ We got to the back and everyone is loving it. Vince told us ‘I never want to see you without a trombone when you go out there.’”