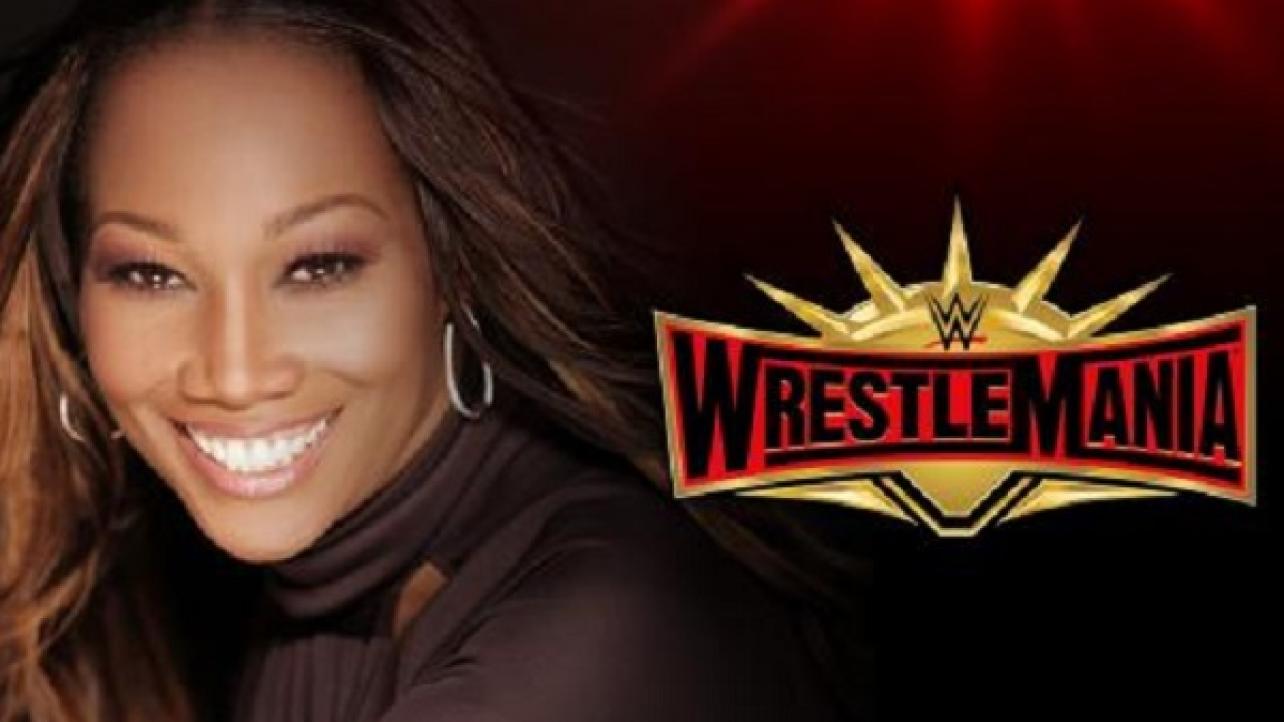 Yolonda Adams To Sing “America The Beautiful” At WrestleMania 35

WWE announced who will be singing “America the Beautiful” to open up the show at WrestleMania 35 this year.

Check out the complete announcement issued by WWE below.

Yolanda Adams to perform “America the Beautiful” at WrestleMania

WWE has announced that Grammy Award-winning Gospel singer Yolanda Adams, will perform “America the Beautiful,” kicking off WrestleMania 35 on Sunday, April 7, at MetLife Stadium and streaming live around the world on WWE Network at 7 ET/4 PT.

Known as the “First Lady of Modern Gospel,” the Houston native has sold over 12 million albums worldwide and was the host of “The Yolanda Adams Morning Show.” She has won five Grammy Awards, 16 Stellar Gospel Music Awards, four Gospel Music Association’s Dove Awards, one American Music Award, seven NAACP Image Awards, one Soul Train Music Award, and five BET Awards. Additionally, Adams was named by Billboard as the No. 1 Gospel Artist of the last decade.

Tune in to see Yolanda Adams perform at WrestleMania on Sunday, April 7, streaming live on WWE Network at 7 ET/4 PT.

WrestleMania 35 takes place at MetLife Stadium in East Rutherford, New Jersey on Sunday, April 7th, airing live via pay-per-view and on the WWE Network. Make sure to join us here at eWrestling.com on 4/7 for live play-by-play results coverage of the show!

Yolonda Adams To Sing “America The Beautiful” At WrestleMania 35