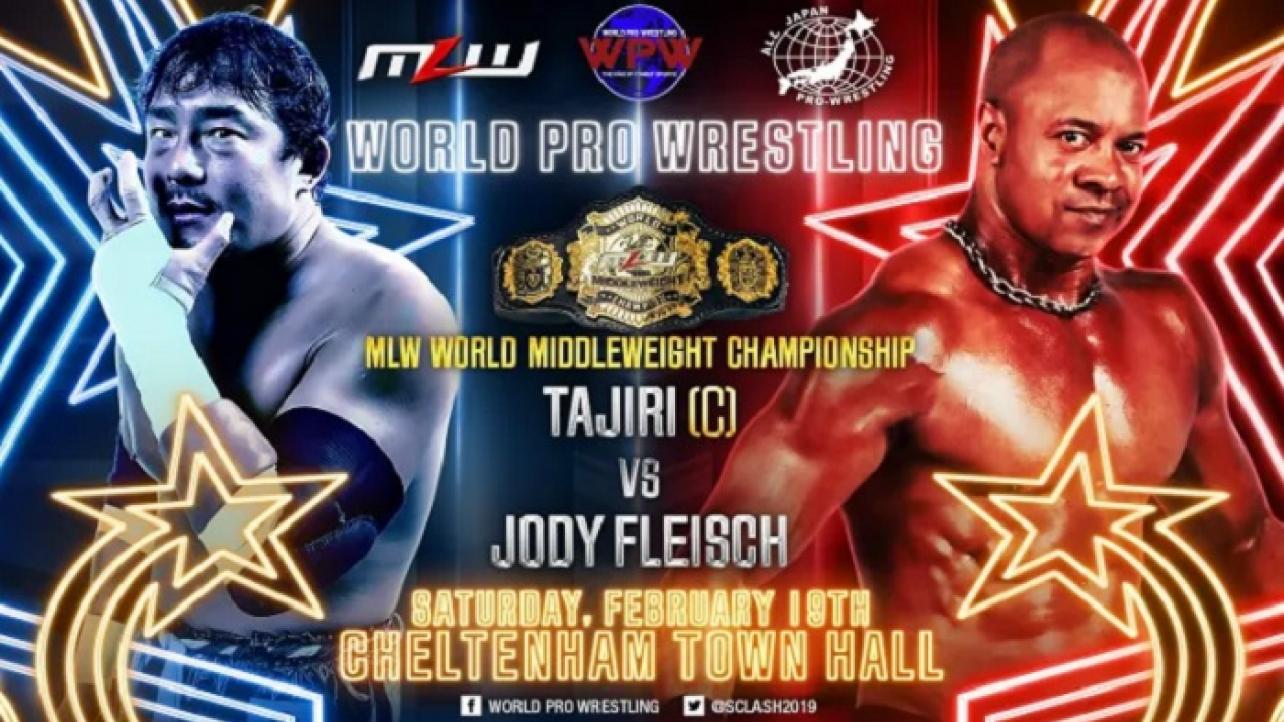 Yoshihiro Tajiri vs. Jody Fleisch For MLW Middleweight Title Set For WPW Show In England On 2/19

The MLW Middleweight Championship will once again be defended outside of the promotion in early-2022.

The 2/19 interpromotional match will mark the second time that “The Japanese Buzzsaw” has put his MLW Middleweight Championship on-the-line outside of MLW, as the ECW Original successfully defended the belt against Atsuki Aoyagi at the All Japan Pro Wrestling (AJPW) event back on November 28, 2021 at the Korakuen Hall in Tokyo, Japan.

MLW.com released the following announcement regarding the Tajiri-Fleisch bout for the 2/19 WPW show in England:

Tajiri to defend title in UK

Following his historic win over Atsuki Aoyagi to retain the World Middleweight Championship, Yoshihiro Tajiri has lined up another high profile title defense.

This marks the second international title defense by the World Middleweight Champion, with All Japan Pro Wrestling hosting the first title bout.

MLW.com has confirmed cameras will be rolling for this historic championship bout in the event a title change occurs.

In speaking with the “Japanese Buzzsaw,” Tajiri informed MLW.com that his goal as champion is to defend the world championship against the top ranked wrestlers of each country.

Will Tajiri continue his impressive reign as champion? Will Fleisch be crowned the first British world champ in MLW? Find out Saturday, February 19th.

Yoshihiro Tajiri vs. Jody Fleisch For MLW Middleweight Title Set For WPW Show In England On 2/19