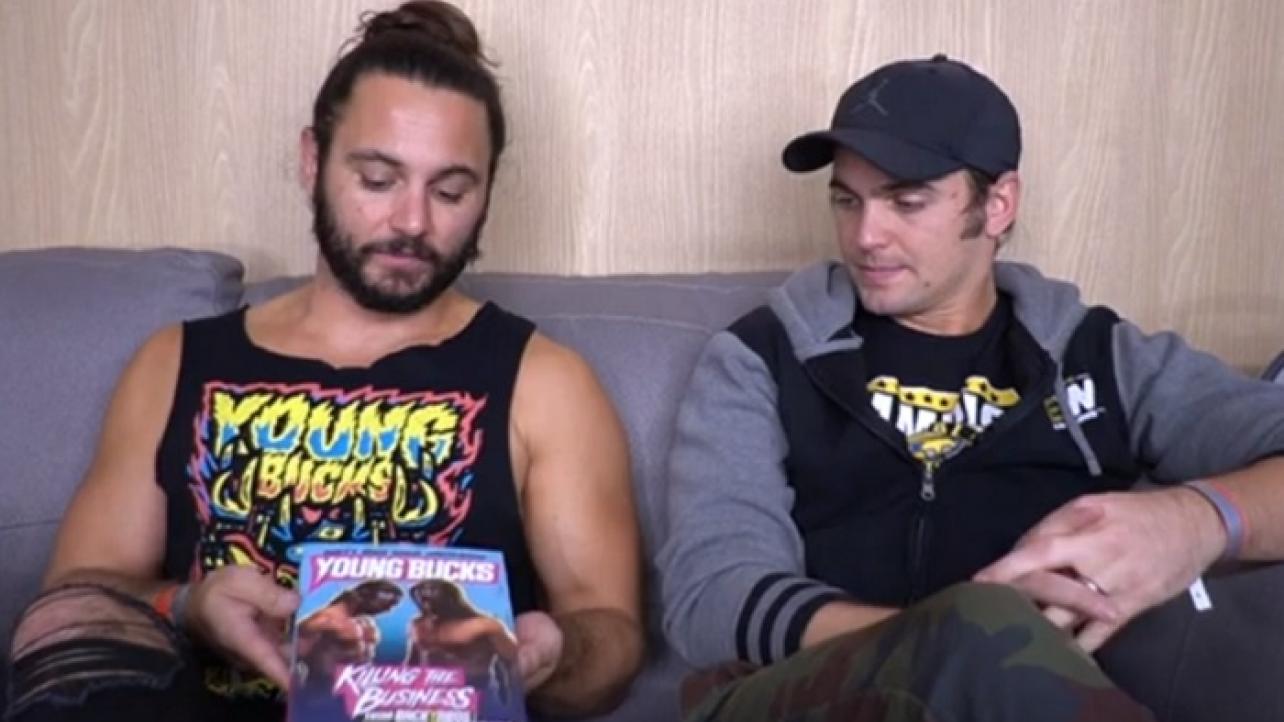 The Young Bucks Comment On Rampage vs. SmackDown Battle On TV Tonight

Additionally, the AEW duo spoke during the discussion about the arrival to the promotion of Adam Cole.

“I love the competition,” Nick Jackson says. “It makes pro wrestling so much more fun to watch. This is what wrestling needed for the last 20 years. I’m just glad we’ve helped bring that excitement back. Let’s f—ing go.”

“I can’t fully express the happiness I currently have, sharing a ring with Adam Cole again,” Matt says. “His positivity and energy had really helped the morale in our locker room. I haven’t stopped smiling since he showed up. When he arrived, it felt like we finally found that missing piece of the puzzle. The whole gang is finally back together. We hadn’t worked together in five years, but the chemistry was still there. The dude is a star and getting some of the biggest reactions I’ve ever heard.”

“I’m still trying to figure that out,” Nick says. “But even crazier than resurrecting the dead is letting a superstar walk away from your company to join the competition.”

The Young Bucks Comment On Rampage vs. SmackDown Battle On TV Tonight