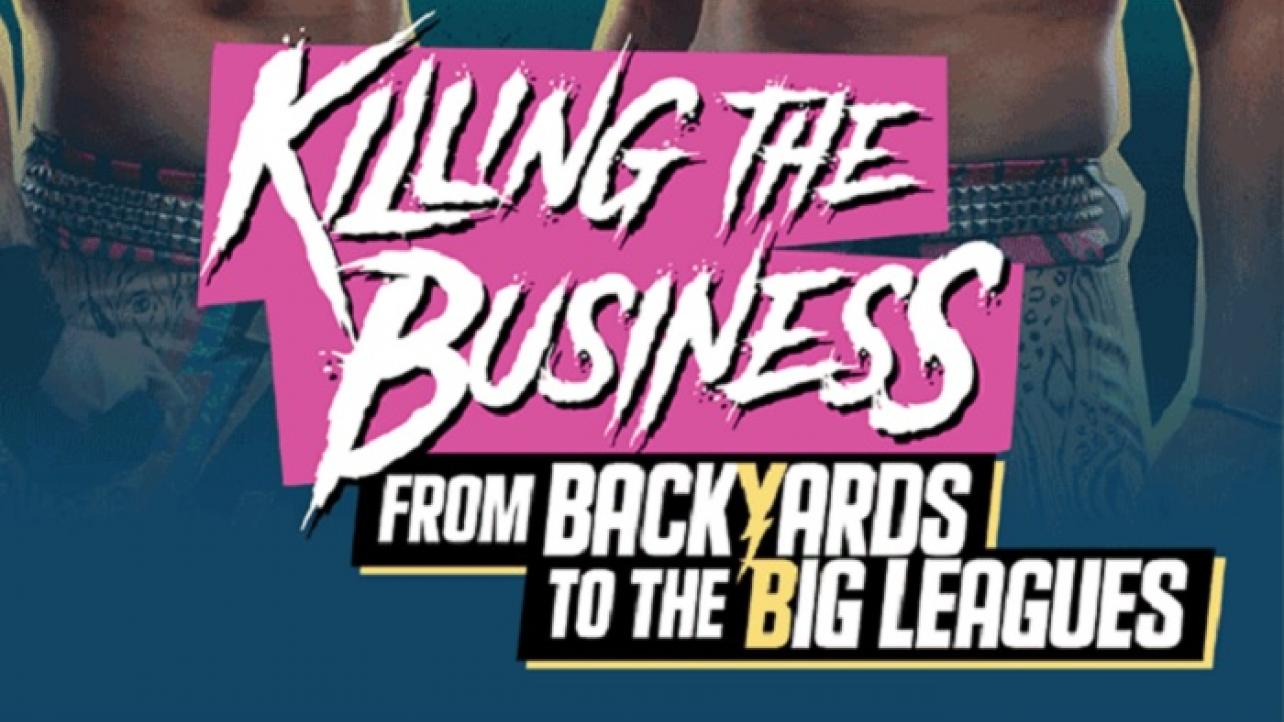 The book is now available in bookstores and online retailers, including ShopAEW.com and YoungBucksBook.com worldwide.

Featured below is the official press release announcing the books’ release.

A warm, heartfelt story told with the brothers’ wit and charm, YOUNG BUCKS: Killing the Business from Backyards to the Big Leagues (November 17, 2020), reveals how two undersized athletes from Southern California have risen to elite status in professional wrestling with millions of fans worldwide and a legion of followers on their acclaimed web series Being the Elite. Famous for their high-flying moves, superkicks and hilarious videos, Matt and Nick are an inspiration to fans worldwide due to their message of resilience and determination.

“Nearly 20 years ago, our father built us a wrestling ring in our back yard. Our journey to become professional wrestlers began here,” said Matt Jackson. “Then after years of hawking T-shirts out of duffel bags at independent shows across the U.S., documenting our lives on a web series filmed on our phones, and performing at the biggest events in Japan, we’d eventually land the dream job of a lifetime.

“We’re excited to share the story of how we got there, after overcoming past failures, and finally deciding to play by our own rules, ignoring traditions, earning us the reputation by critics as two wrestlers who were ‘Killing The Business.’ This memoir is yet another milestone in our career, all thanks to the support of our amazing fans.”

The Young Bucks write endearingly about their sport, while sharing personal reflections and behind-the-scenes anecdotes. Alternating between each brother’s perspective from chapter to chapter, the entertaining memoir is a deep dive on what it means to grow into, and give back to, the sport and profession they embody and love.