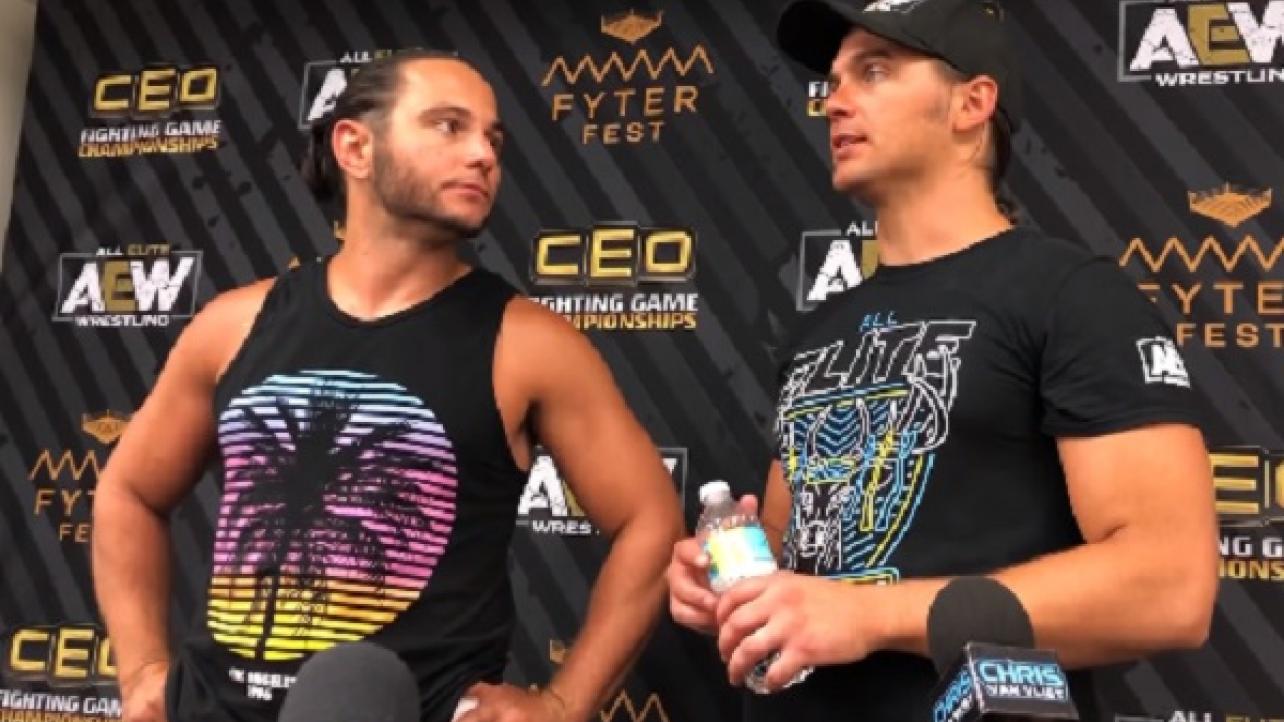 Following their sophomore event at the Ocean Center in Daytona Beach, Florida on Saturday night, The Young Bucks — Nick and Matt Jackson — took part in a post-show scrum with members of the media in attendance at the show.

Featured below are some of the highlights, as well as a video archive.

On whether AEW Fyter Fest is a one and done show:

Nick Jackson: “This one in particular probably was a one and done. We’re definitely doing Double or Nothing all the time, annually.”

On what they learned from their inaugural AEW Double or Nothing event:

Nick: “We watched the whole show back to see what we didn’t do good and what we did do good. I watched about three times. Then we tried to learn from the mistakes that we made and we went from there.”

Matt Jackson: “Some of the time cues were different. Some of the in-between transitions, when to go to the on-desk. Just boring stuff like that. When to shoot pre-tapes and how to shoot them. Stuff like that…we’re just learning all that basic elementary stuff. I didn’t know anything about lighting until a couple months ago.”

On not adding too many titles to AEW, specifically a six-man title:

Nick: “No we don’t want to oversaturate the titles.”

Matt: “We already have too many titles.”

Nick: “We don’t need titles for them now.”

Matt: “It’d be a little premature.”

On the chair being gimmicked for the unprotected head-shot that Shawn Spears gave Cody, and it being Cody’s idea:

Nick: “That was all Cody’s idea. I don’t even know what happened to be honest, all I know is that he did get staples. I do know that they gimmicked the chair, and it clearly didn’t work because he was bloody (Photos Here).”

Check out the complete post-AEW Fyter Fest media scrum with The Young Bucks below. If you missed Saturday night’s big All Elite Wrestling event, check out our detailed AEW Fyter Fest Results From Daytona Beach, FL. (6/28).