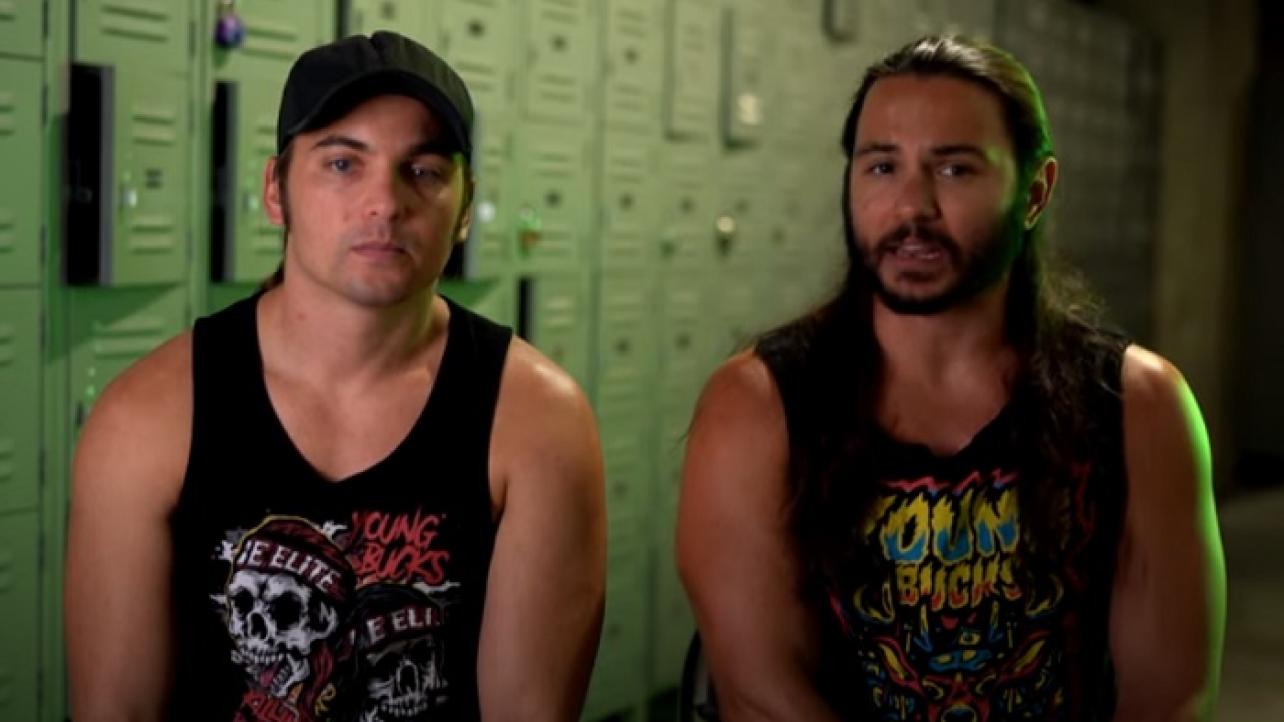 The AEW tag team champion Young Bucks recently spoke to Wrestling Inc. about the time they met WWE Hall of Famer Shawn Michaels. Hear what they had to say about the Heartbreak Kid below.

“It’s funny. We befriended Marty Jannetty because we booked him on our independent [show], and he told wild war stories and some seemed really out of the realm of possibility. We were like, ‘There’s no way that happened.’ We would question it even back then. We knew some wrestlers were kind of carny. They would say things, and we would kind of humor them. I remember him calling us and saying, ‘Hey, I heard you guys are going to WWE to do extra work. We’re like, ‘Yeah.’ He’s like, ‘Alright, well, I’m gonna tell Shawn that you guys are coming, and hopefully, he can talk to you guys.’ And we were kind of rolling our eyes. We didn’t really believe it. So sure enough, we’re sitting there in catering, and we see all these big stars. We’re kind of star struck and then finally, we see THE guy, and it’s Shawn Michaels. He’s our hero. He’s sitting at one of the tables alone with Jesse Hernandez, who’s an old-school referee back when it was called the WWWF, and he’s also a promoter in Southern California back home. And we were very familiar with Jesse. So Jesse sees us, and he waves us over. We don’t believe it. Why would Jesse wave us over there? And he does it again. Finally, we head over there, and Shawn is just sitting there looking up at us. And we’re just like, ‘What is this?’ It was so surreal, and he knew our names. And sure enough, Marty came through and called Shawn that morning and said ‘Hey, these kids, look out for them.’ And he described what we look like, and we sat there.”

On the advice the Heartbreak Kid gave them:

“We got to really just talk about tag team wrestling, and he gave us good advice on what we should do, and what speed we should work at and how we were going to get people’s attention,” Matt recalled. “And he was kind enough to take us over and kind of get us a bonus. He took us over to the payroll I remember, and Sgt. Slaughter was working payroll at the time. He really treated us really well. I think he knew we were huge fans, clearly. I think maybe he was trying to impress us, but it was the coolest, and I thought he was the best. You hear bad stories about Shawn all the time, and that’s the only time I’ve ever dealt with Shawn. And I still think back fondly. The one time we met him we were kids, and he didn’t have to be nice to us. And he treated us great. So I have nothing but positive feelings towards HBK.”

“Like Matt said, we were young, naïve little kids, so for our hero, at the time, to take care of us like that, it blew our minds. On that day, we were like, ‘Oh my God, I guess we’re getting signed to the WWE.’ And the next day Shawn wasn’t at SmackDown, and we completely got kayfabed by whoever was in charge. It was Johnny Ace. He took us over to Johnny Ace, and Johnny Ace, he’s the head of talent relations. He’s like, ‘You got to take a good look at these kids. Marty says they’re good. They’re good. Take a hard look at them,’ and Johnny’s just like, ‘Yeah, I will Shawn.’ And then the next day, he just totally kayfabed us. He didn’t even act like he remembered us from the day prior.”