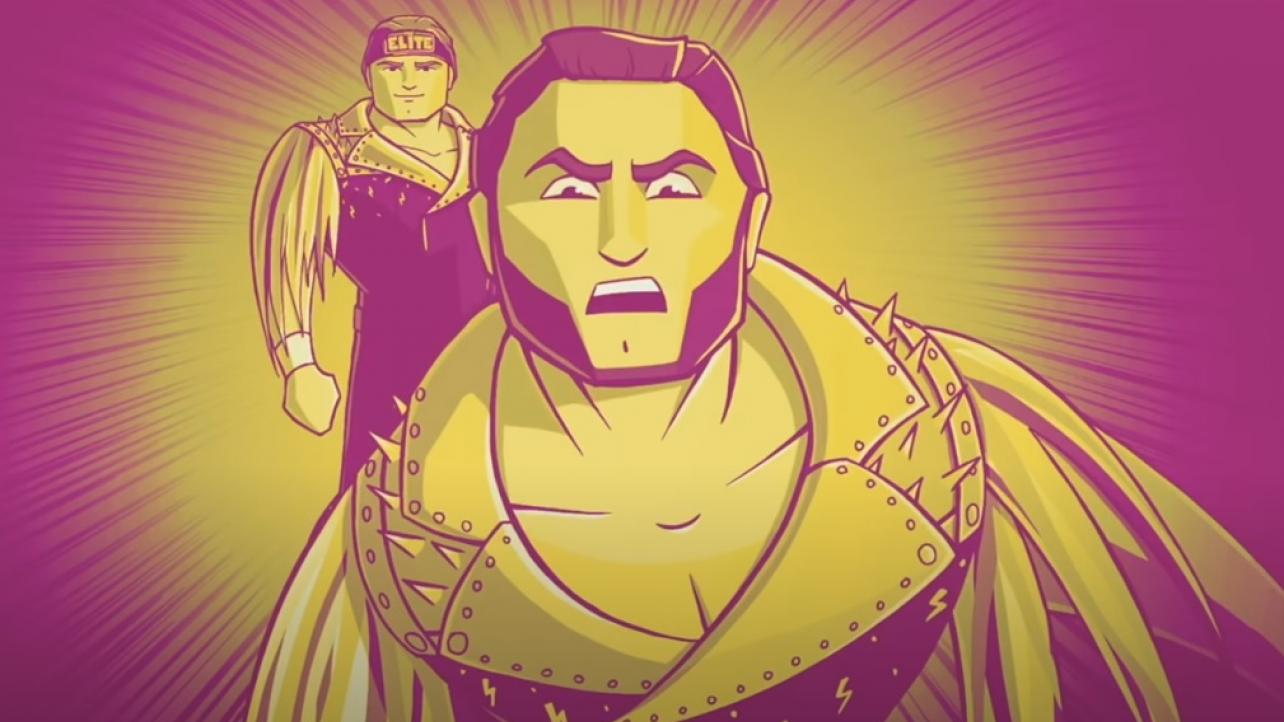 AEW superstars Matt and Nick Jackson, better known as the Young Bucks, were recently interviewed by ScreenCrush to talk all things pro-wrestling, including who they think will be the breakout stars in year two of the company. Highlights can be found below.

On getting into the groove with producing Dynamite:

Nick Jackson: We’ve told this before, but man, the first episode live, we were scared to death. It was probably career-wise the most nervous I had ever been, just because we had never helped produce a live television show ever. Once we got through that, we could breathe. But man, it doesn’t end, because it’s a weekly show. I don’t feel like we got our footing right until probably January. It took quite a few episodes to get in the groove, so to speak.

Matt Jackson: I was thinking about it, and I remember the episode. It was the go-home episode for last year’s Full Gear. It was just this crazy brawl, and I felt like it was the best go-home show for a pay-per-view on TV in a long time for any professional wrestling company. I think at the end, we all sat in the back and we were also proud of what we had created. That was the moment for me where I felt like, “Man, we’re really getting the hang of writing, compelling television. We had a couple of hiccups before then, and even after that. Sometimes I still have imposter syndrome where I’m like, “God, I don’t know what I’m doing. I’m not good at this.” I think that’s natural, because we’re so new. Then we’ll string along three or four great episodes, and I’ll be like, “Man, we know what we’re doing.” Like Nick said, it’s a week-by-week, case-by-case thing where you’re only as good as your last episode. We’re still learning. And I feel like for the first year we’ve put on some really great, interesting, compelling, exciting television.

How the pandemic has not effected their long-term storyline plans:

Nick Jackson: The pandemic has screwed up a lot of week-to-week plans, but we try to keep the long-term ideas intact as best as we can. Of course it’s changed a few things. Some of the big stories that we had planned, we’re still doing. but some week-to-week matches sometimes have to change just because of the nature of what’s going on. You’ve got to really book on your toes here, and that’s the hard part, because you just never know who’s going to be available. We take this really serious. If, for instance, someone has been exposed or was near someone that had Covid, Dr. Sampson’s not even going to allow that person to get on an airplane. So stuff like that changes things on a weekly basis.

Who is going to be the next breakout star for year two of AEW:

Nick Jackson: I think year two’s going to be all about Kenny Omega. He’s been very … what’s the word I’m looking for … I guess “unselfish,” and he’s ready to explode. So I would keep my eye on him. Another one off the top of my head would be Darby Allin. He’s got so much potential to be such a massive star for AEW that we have to use him in the right way, and he’s definitely going to be a top player.

Matt Jackson: You ask about the immediate future, a year. I still think it could be “Hangman” Adam Page. The guy’s a star. He’s a sensitive dude who thinks about every little nuanced thing. He’s so interesting, and he puts so much thought into his stuff, and he’s one of my favorite people to collaborate with. He’s going to be a huge mega star. Obviously he’ll be a world champion one day. I don’t know if it’s this year; maybe it is. I don’t know. He’s someone to look out for. Also, our tag division. If you thought the first year was hot, just wait until you see what we do in year two. There’s so many matches we haven’t done yet. I would love to handpick specific tag teams, but there’s just too many of them. Every one of them could be tag champs.