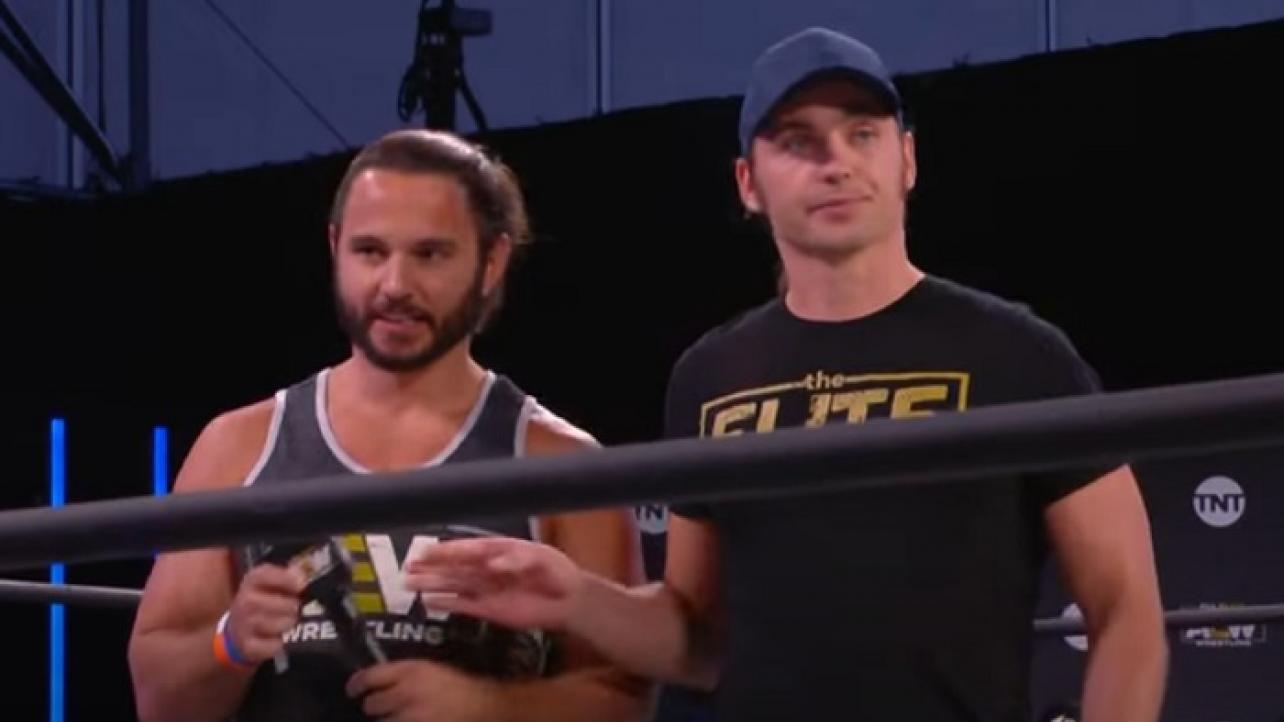 The Young Bucks Talk About Their Twitter Bio Fun, Lucha Bros Match At AEW All Out 2021

The Young Bucks spoke with Sports Illustrated to promote this week’s AEW shows in Miami, Florida.

During the discussion, Nick and Matt Jackson spoke about their memorable showdown with The Lucha Bros at AEW All Out, their bio updates on Twitter and more.

“We are constantly trying to use any and every platform we have available,” says Matt Jackson, who crafts the Twitter bios. “Unfortunately, the days of gauging ideas or reading constructive criticism on Twitter are over. It’s mostly just hyperbole, or trolls trying to give their hottest takes so their tweets are the most liked. As a creator or someone in the spotlight, if you tweet something out, no matter what it is, you likely just created your own hate-thread.

“Although social media has turned into an overcrowded cesspool of toxicity, there are still ways to use it as an effective tool. I wanted to figure out a way to do Twitter without actually having to do Twitter, so I started writing my thoughts in the bio. Most of the time I ‘post and ghost,’ and have no idea if people liked what I wrote. I knew I was on to something when the boys [in the locker room] would reach out and tell me.”

On their steel cage match with The Lucha Bros at AEW All Out:

“I’m still pretty banged up from that match,” Nick says. “Was it worth it? Hell yeah, it was. I was telling the guys in our locker room that it was the most nervous I’d ever been before a match because I knew it could—and would—be something special if everything went right. I actually remember talking to the Dark Order before the event, telling them some ideas I had and I said, ‘This could be the best cage match of all time if it goes right.’ After the match, [Evil] Uno laughed and said, ‘Well, I think everything went right.’ It always sucks when your run as champion comes to an end, but we put so much effort into building up those titles that I actually felt a little relief when Fénix flew from 20 feet high crashing down on us. I knew everything went right, and trying to top the run we just had would be pretty tough. The Lucha Bros. might be my favorite opponents ever. I respect the hell out of them, and I think our rivalry will live forever.”

“It felt like an Olympic gymnast sticking that perfect landing, or the crescendo to a live opera performance,” Matt says. “That live reaction made me realize the story we told that night worked better than I could’ve imagined. The father in me had tears run down my cheeks, alone in my hotel room, as I watched back Penta celebrating this special moment with his children. It may have been our finest match.”

The Young Bucks Talk About Their Twitter Bio Fun, Lucha Bros Match At AEW All Out 2021