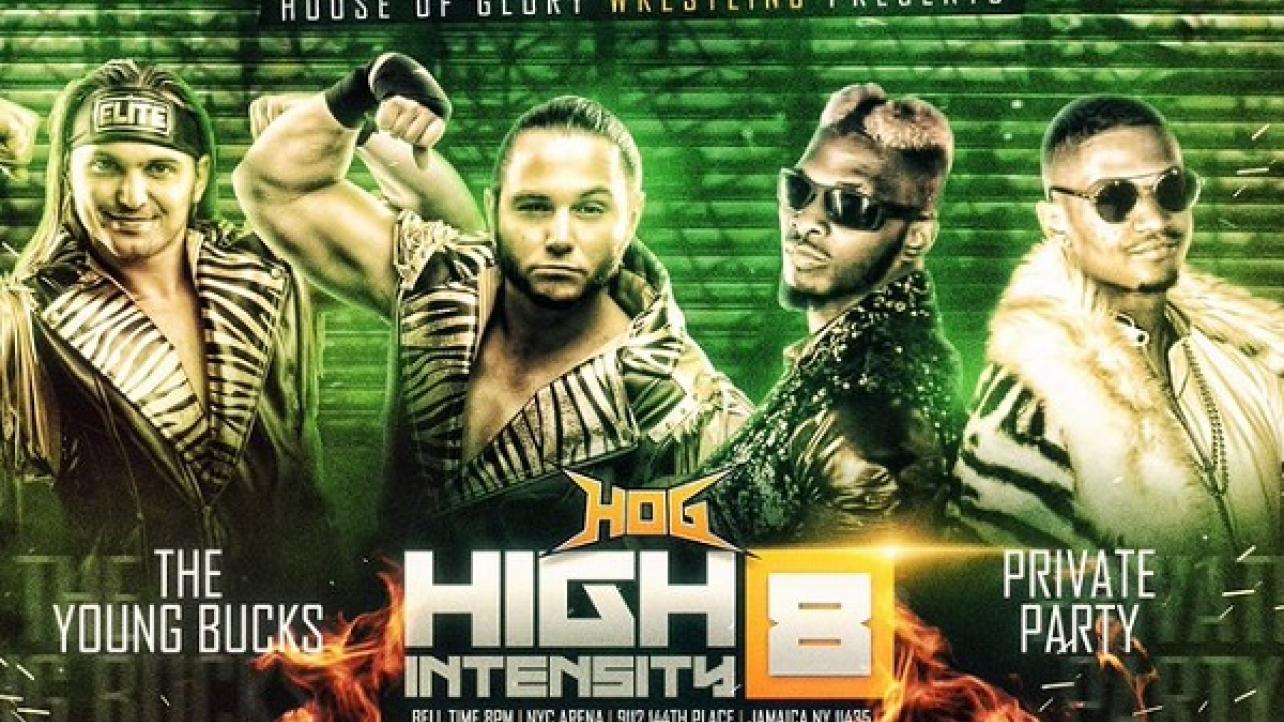 The Young Bucks finally have opponents for what could be their last independent pro wrestling match ever.

On 6/8, Matt Jackson of The Young Bucks took to social media to announce that the team would be appearing at the House Of Glory (HOG) promotion’s upcoming “High Intensity 8” event.

“Quite possibly our final wrestling appearance at an independent wrestling show ever,” Matt wrote via Twitter last month. “Can’t wait!”

Over the weekend, the opponents for Matt and Nick at next month’s HOG event were revealed.

The promotion announced via their official Twitter page (@HOGwrestling) that fellow All Elite Wrestling (AEW) tag-team Private Party (Isiah Kassidy and Marq Quen) will be squaring off against the decorated tag-team veterans and AEW EVPs at the show.

The announcement read as follows:

Friday, August 9th [at High Intensity 8], The Young Bucks will face the team that just made their [AEW] debut — The Private Party — in a match that will be both a return and farewell.

The Young Bucks were the first-ever tag-team champions in HOG promotional history, a title lineage that also includes their opponents, Private Party. The teams will collide in what could be Nick and Matt’s final independent wrestling match at HOG “High Intensity 8,” which goes down from the NYC Arena in Queens, New York on Friday, August 9th.

Check out the official HOG announcement regarding The Young Bucks vs. Private Party tag-team showdown at the 8/9 “High Intensity 8” event below.

Friday August 9th #HI8 The Young Bucks will face the team that just made their @AEWrestling debut The Private Party. In a match that will be both a return and farewell. @FiteTV Link: https://t.co/yEozSMvv8G