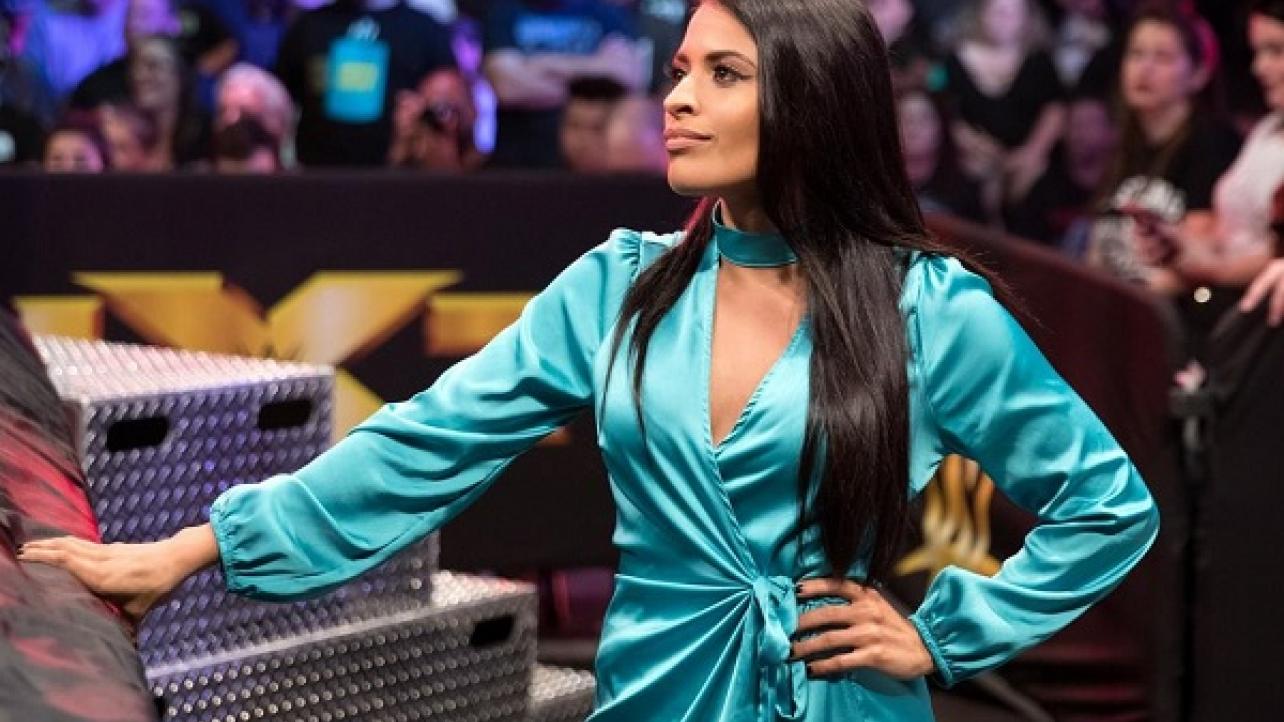 Zelina Vega recently appeared as a guest on the Chasing Glory with Lilian Garcia podcast for an in-depth interview. Featured below are some of the highlights.

On getting the call from WWE to train at the WWE Performance Center training facility: “It was a couple of weeks after the movie had finished filming that William Regal had called and told me that they were going to bring me into the Performance Center. He said that we have this idea so we will give it a shot and we’ll see if it works, if it does awesome, if it doesn’t we tried.”

On being put into a storyline with Andrade “Cien” Almas and forming a bond instantly as he helped her learn wrestling while she helped him improve his English language speaking: “Once I got there Andrade ‘Cien’ Almas and I just clicked. I feel like now – it’s funny because people are like, oh my God, they are together … he is like my brother. We fight like brother and sister it is so funny. Even with the Tranquilo pose, he had done it for years and I was like, ‘what if I had done it under you?’ He was like, ‘no, it’s not going to happen. We are not going to do it like that.’ I was like, ‘no, trust me, it’s going to be good. Just trust me.’ He was like, ‘okay fine. In Japan we will do it.’ We had done it in Japan and it got a huge reaction.

“The following week Road Dogg had told us, ‘hey, that was a great match, let’s try that double Tranquilo thing that you guys do,’ and I looked at him with the biggest smile. So, that was how that whole double Tranquilo pose happened. We now see people in China doing it, but not only in the United States but all over different countries. I can’t believe how global it has become. It took a few weeks for them to call me and tell me that they wanted to give this a try. Some people want to think that it had to do with the movie, I think that it just encourages them. I think it was more about them never seeing me in this sort of light.”