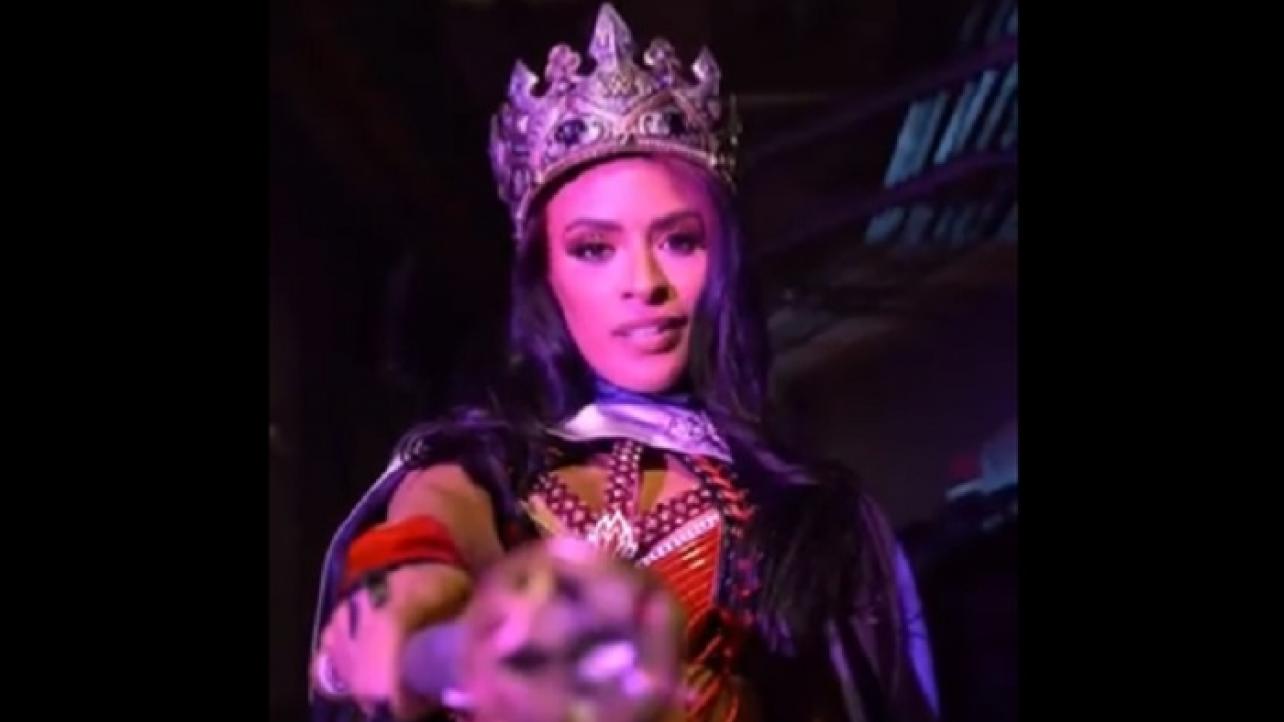 Zelina Vega has some good teachers helping her learn how to make the transition from WWE Superstar to WWE royalty.

The winner of the 2021 Queen’s Crown tournament recently joined Ryan Satin for an in-depth interview on his “Out Of Character” podcast.

During the discussion, “Queen” Zelina Vega spoke about getting some advice from former King of the Ring winner, “King” Booker (T), as well as his wife, “Queen” Sharmell, on how to make the transition to the new type of heel character.

“One of the things Booker and I were talking about is, ‘If you’re looking at wrestling, you’re looking at the wrong thing. You need to watch movies, moments, and real people because that’s where the real emotion comes from.” I didn’t want to do anything too similar to him because no one will ever be King Booker and Queen Sharmell. They’re untouchable in my eyes.

“I remember talking to Vince about an accent and I don’t even think he knew that I can actually kind of do an accent. I’ve been trying to make it sound worse and worse every time I do it. It’s an added layer which makes it more fun. People keep tagging me saying, ‘That’s not how we do the accent, or that sounds a bit Australian all of a sudden.’ I’m like, ‘Yea, that’s the point. I want you to not like it. I’m the bad girl. You’re not supposed to like me.’”