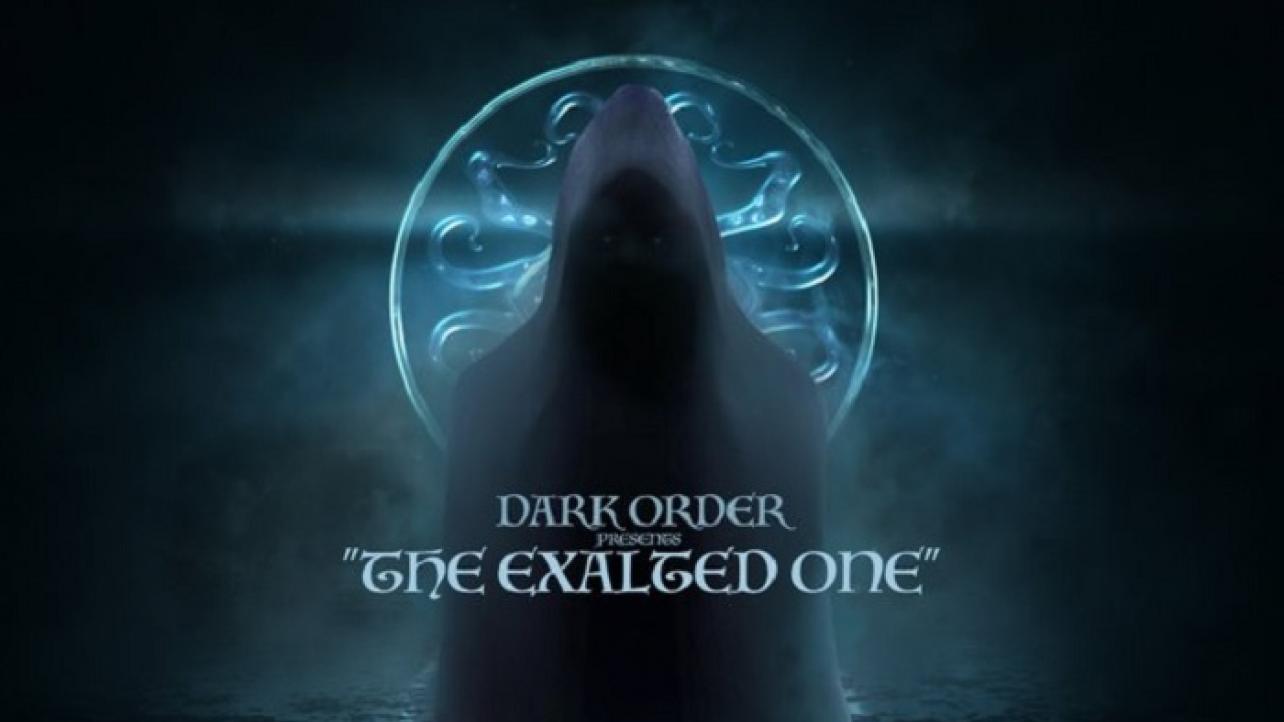 The mystery and speculation surrounding the identity of “The Exalted One” of The Dark Order comes to an end next week in Rochester, New York.

During Wednesday night’s episode of AEW Dynamite from the Maverik Center in Salt Lake City, Utah, multiple references were made regarding the mystery identity of “The Exalted One” of The Dark Order faction.

Early in the show, Christopher Daniels of SoCal Uncensored did a parody “#JoinTheDarkOrder” vignette, claiming that there is no “Exalted One.” The SCU member claimed he would prove this by defeating Dark Order members Stu Grayson and Evil Uno in separate singles matches next week, and when no one comes to their rescue, it will prove once and for all that “The Exalted One” is just a myth.

Later in the show, however, a graphic appeared on the big screen advertising that “The Exalted One” of The Dark Order will, in fact, finally be revealed on next week’s episode of AEW Dynamite (See Photo Below), with the announcers on the television broadcast confirming the news as well.

AEW Dynamite makes their “Empire State” debut next week, as the weekly TV program emanates from the Blue Cross Arena in Rochester, New York on Wednesday, March 18th. Make sure to join us here at Rajah.com on 3/18 for live AEW Dynamite results coverage.