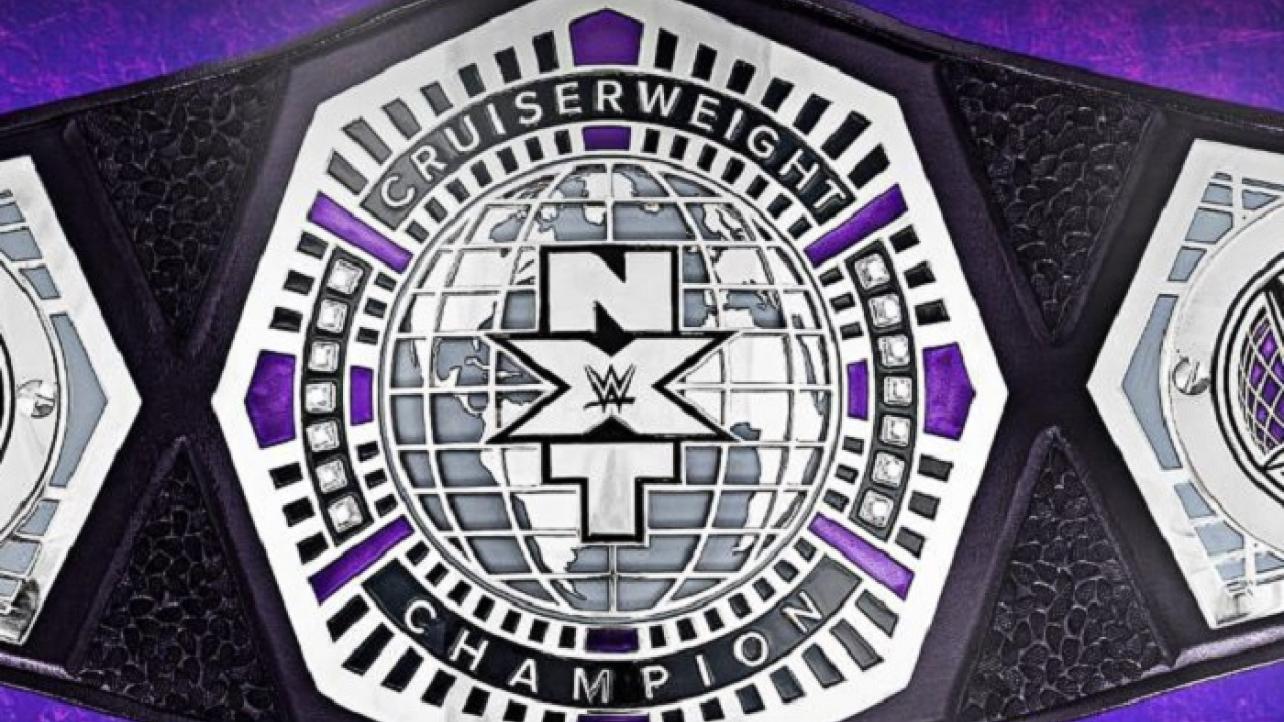 A new championship belt is coming to WWE … temporarily.

During this week’s edition of “WWE’s The Bump,” it was announced by WWE NXT General Manager William Regal that a tournament will be held to determine the “Interim WWE NXT Cruiserweight Champion” due to reigning title-holder, Jordan Devlin, being unable to travel as a result of the ongoing Coronavirus Pandemic.

After the announcement was made by Regal on WWE’s The Bump, a brief statement was issued on social media by WWE.

“As first announced by William Regal on WWE’s The Bump, a tournament will be held to determine an interim WWE NXT Cruiserweight,” the statement tweeted out by the official WWE NXT feed began. “Champion as Jordan Devlin is in the U.K. and unable to defend his title due to current circumstances.”

Additionally, the announcement led to Devlin jumping on social media to share his take on the decision made by WWE brass.

“First things first, absolutely shocking and disrespectful decision by WWE management,” wrote Devlin via his official Twitter page. “Secondly, you can crown a fraud champion and give him a little replica of my title, but everyone around the world knows who the REAL [WWE] NXT Cruiserweight Champion still is.”

Devlin is also featured, with the WWE NXT Cruiserweight Championship belt he still technically holds, in a new video released via WWE’s official YouTube channel where he reacts even further to the news about the introduction of the Interim WWE NXT Championship.

Subsequently, WWE then published an article shedding some more light on the details for the Interim WWE NXT Cruiserweight Championship Tournament. They posted the following article on their official company website ahead of Wednesday night’s new NXT On USA episode.

Tournament to crown Interim NXT Cruiserweight Champion to be held

“On Wednesday morning’s edition of WWE’s The Bump, NXT General Manager William Regal revealed that a tournament to crown an interim NXT Cruiserweight Champion will be held in the coming weeks since reigning titleholder Jordan Devlin is in the U.K. and currently unable to defend his title due to current circumstances.

Details on the tournament, including the entrants and the full bracket, will be revealed in the coming days on WWE’s Digital and Social platforms, so be sure to stick with us as more news breaks on this developing situation.”

As first announced by @RealKingRegal on @WWETheBump, a tournament will be held to determine an interim #WWENXT #CruiserweightChampion as @Jordan_Devlin1 is in the U.K. and unable to defend his title due to current circumstances.https://t.co/p5SbF3BAFj

Secondly, you can crown a fraud champion and give him a little replica of my title, but everyone around the world knows who the REAL NXT Cruiserweight Champion still is. https://t.co/rIA7AJZwod