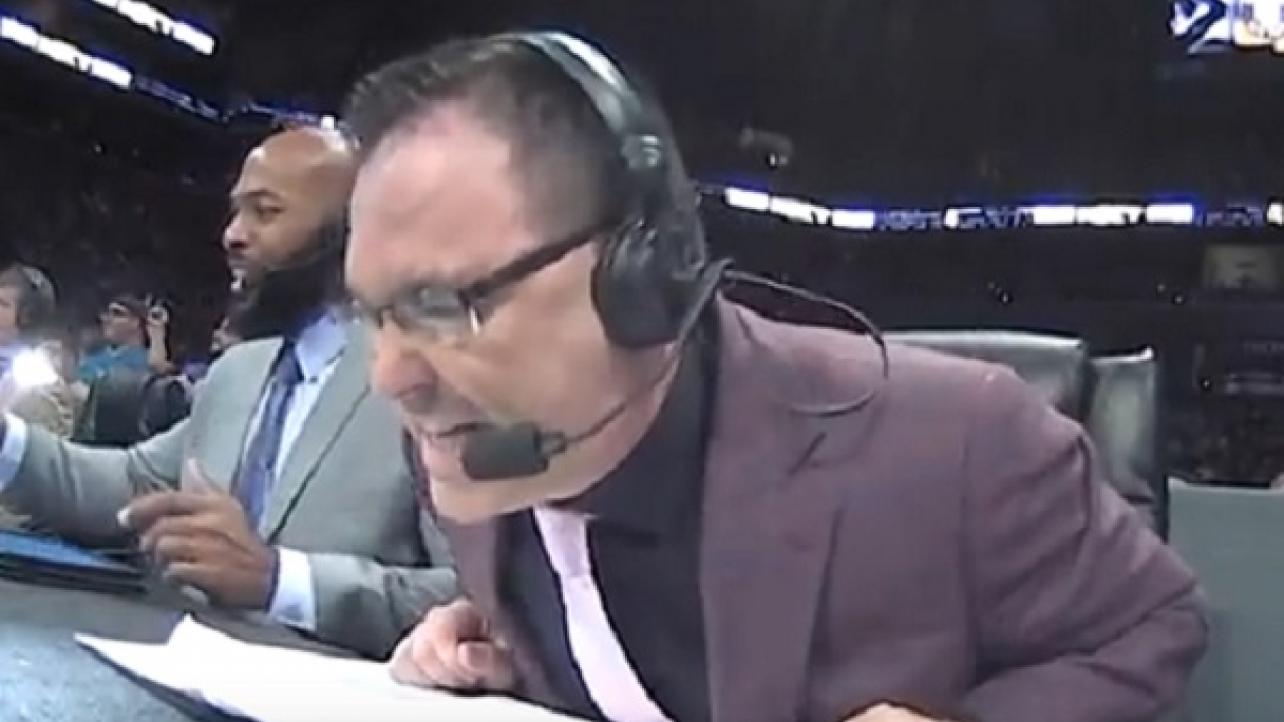 Mauro Ranallo Will Not Be Calling NXT On USA Tonight, Update On Issues With Corey Graves Over The Weekend

It looks like the black-and-gold brand will have to run their NXT On USA show tonight without lead announcer Mauro Ranallo.

On the heels of an eventful weekend where he was calling the action at NXT TakeOver: WarGames but noticeably absent the next night for Survivor Series, Mauro Ranallo will not be commentating tonight’s NXT on USA TV show.

As reported already, Ranallo missed Survivor Series after a couple of tweets by Corey Graves the night before which took aim at his commentating, implying that he was not giving his co-workers at the booth – Beth Phoenix and Nigel McGuinness – a chance to speak.

Ranallo then deleted his Twitter account and went silent on social media before missing the PPV on Sunday when WWE’s lead announcer Michael Cole explained his absence by saying that Ranallo “blew out his voice”, which of course was simply a cover for the real reason.

Ranallo was expected back to TV this week for NXT and while it appears he won’t be there, he has been in communication with WWE officials and hasn’t completely ghosted them.

It’s unclear if Ranallo will be back for next week’s show as neither WWE nor Ranallo has made any statement on that matter.

Graves for his part never took down his tweet and defended it to those who criticized him, but on his podcast last night, he did issue a bit of an apology suggesting that his remarks were meant to stir up some controversy and give him some material to talk about either on TV or on his podcast.

He added that he never meant to offend, disrespect, or disparage anyone but conceded that the tweet may not have been the most professional way of going about it.

He noted that if he ended up disparaging anyone, especially a co-worker, he apologizes.

We will keep you posted here at eWrestling.com as any updates surface regarding Mauro Ranallo’s WWE / NXT status, as well as his issues with Corey Graves!

Mauro Ranallo Will Not Be Calling NXT On USA Tonight, Update On Issues With Corey Graves Over The Weekend