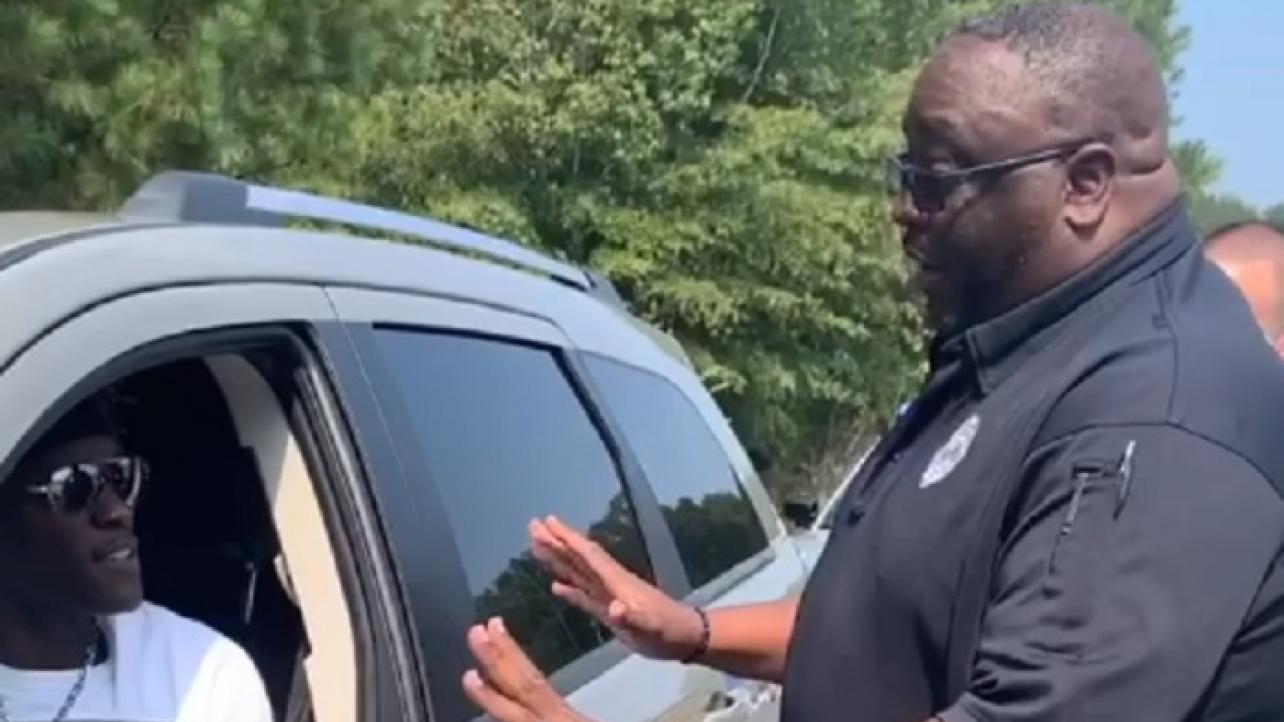 Ahhh the fun a writer can have with a title like the WWE 24/7 Championship.

This was proven to be the case once again on Friday, as WWE came up with a dandy of an idea for an “out-of-nowhere” title-change or scare for reigning WWE 24/7 Champion R-Truth — have a police officer attempt to win the title after pulling your car over.

R-Truth released a video on his official Facebook page earlier today showing a police officer pulling him over while driving on the road.

The officer claimed to be a big fan, and asked Truth to take a picture, which Truth happily obliged to.

While grabbing his title to pose, a referee came out of the police car, prompting Truth to ask, “You popo and a referee?” The officer then rolled him up in a school-boy pin but Truth managed to escape and drive off.

Check out the video footage below.