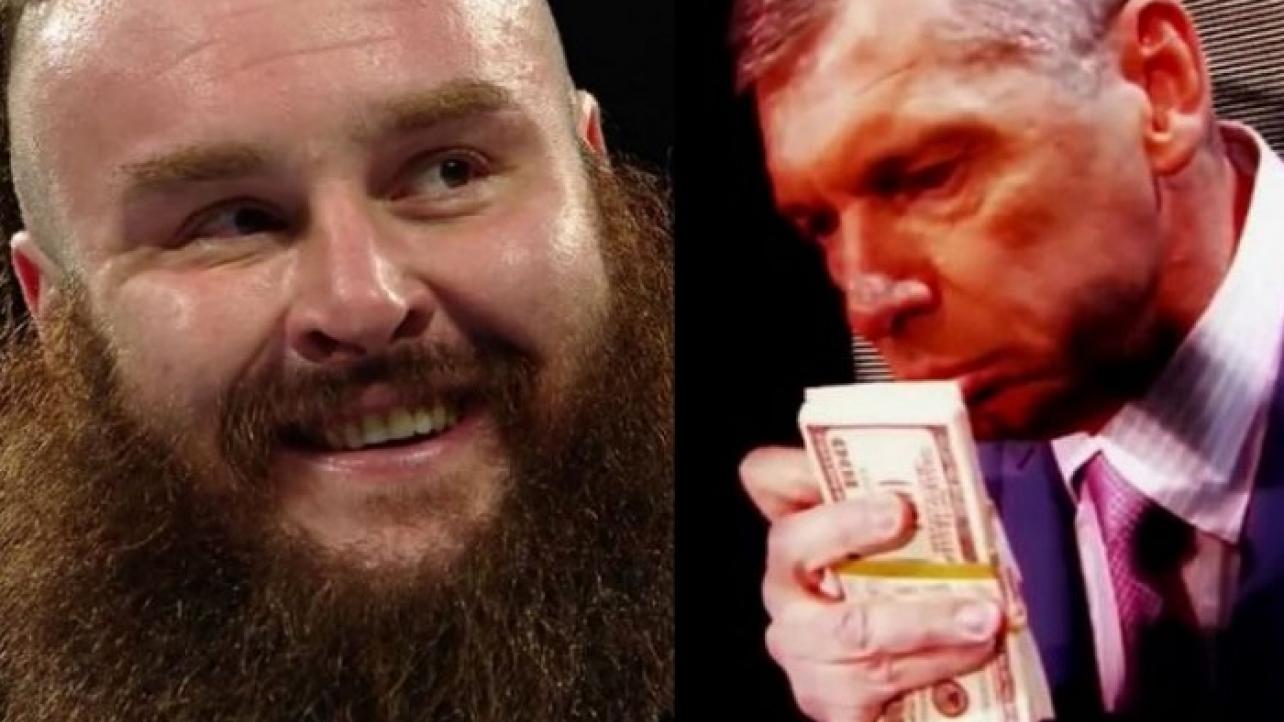 Ever wondered how much money guys like Braun Strowman, Luke Gallows and Karl Anderson earn annually working for WWE? Well, wonder no longer, as details have emerged regarding the dollar amounts on the new WWE contracts that the three recently signed.

This is slightly more than the usual $1 million downside guarantee that WWE offers most stars though there are always exceptions. For example, A.J. Styles is one who signed for significantly more than a million annually.

Luke Gallows and Karl Anderson were at one point offered five years at $500,000 each but they rejected those contracts and then were offered $700,000 per year per wrestler and ended up signing those agreements.

We will keep you posted right here at eWrestling.com as any updates regarding this story becomes available.

How much #money is #BraunStrowman, #LukeGallows & #KarlAnderson making annually in #WWE after signing NEW #contracts?!?