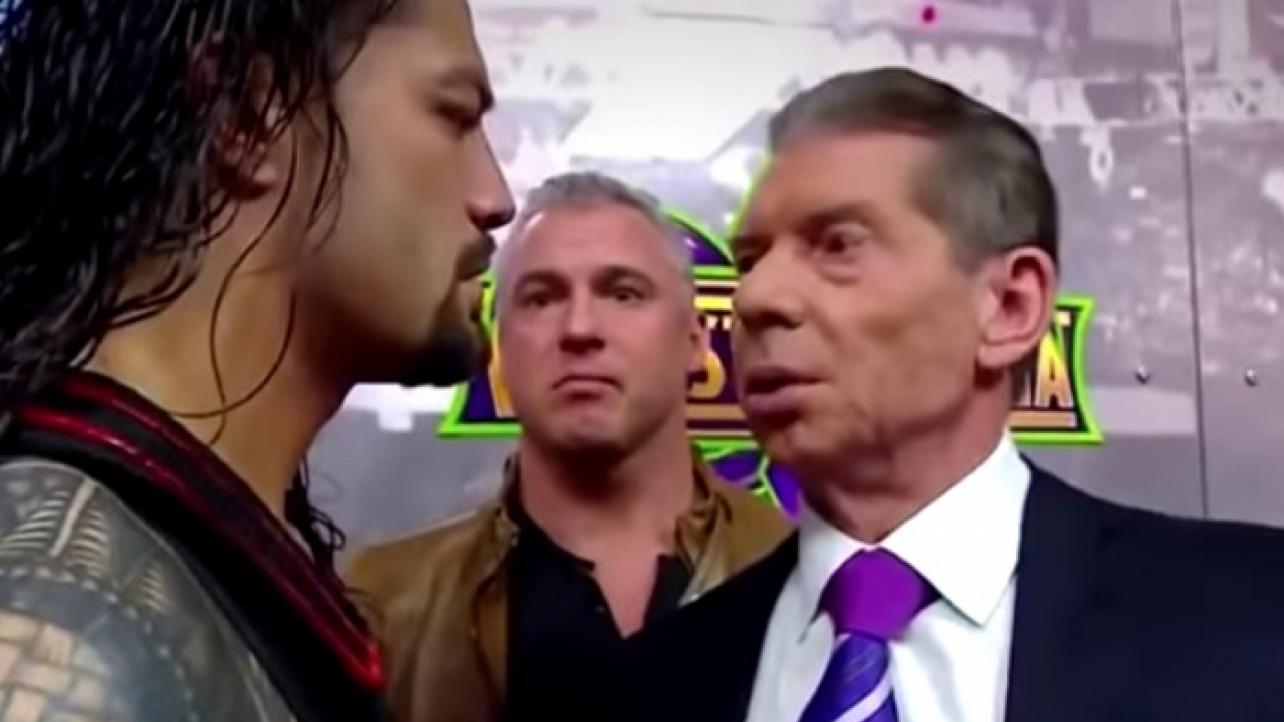 The latest on Roman Reigns and WWE is that the situation could be positive or negative depending on which side of the bed Vince McMahon wakes up on.

In a follow-up to a previous report about Roman Reigns’ status with WWE, in last week’s Wrestling Observer Newsletter at F4WOnline, it was re-confirmed that there is no “rule” on WWE “erasing” Reigns except that commentators are forbidden to mention him.

The rumors grew stronger after WWE edited out Reigns from the finish of the WrestleMania 2015 main event.

The report adds that Vince McMahon’s opinion on how to handle Roman’s absence “changes daily based on which way the wind is blowing” which would explain why the company is bouncing around between using and not using him for promotional work.