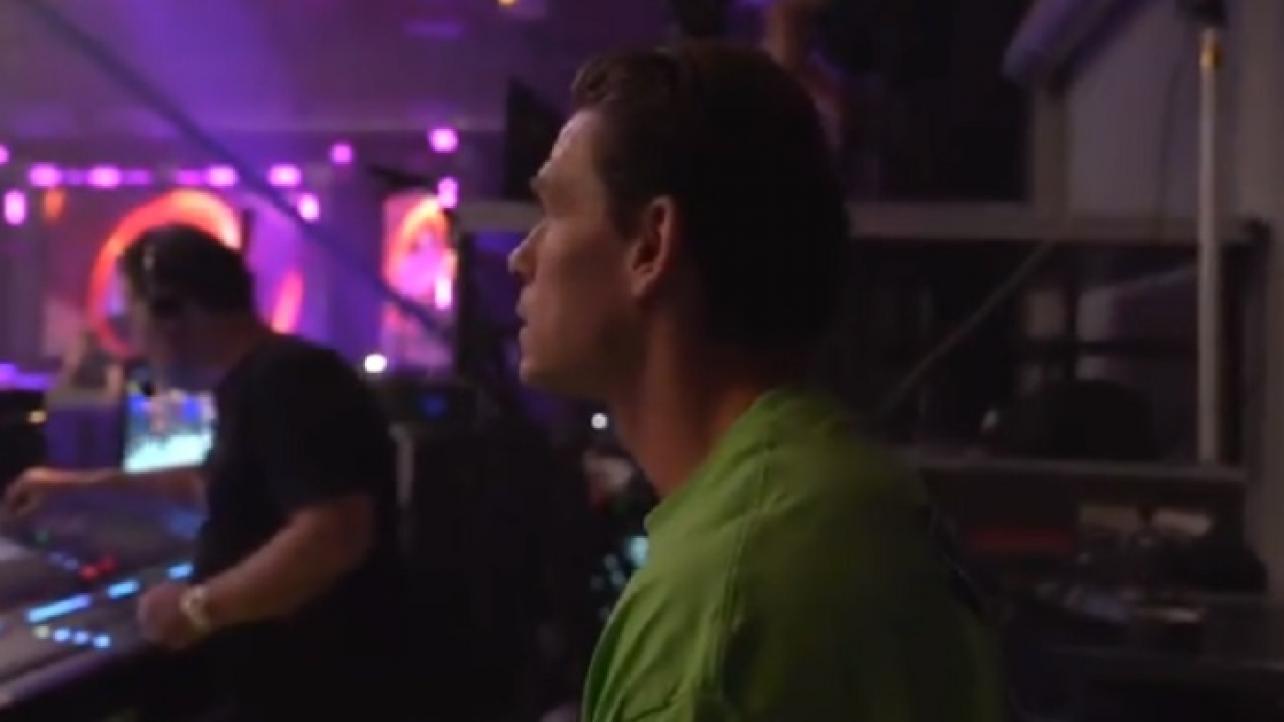 John Cena is a company-man through-and-through. This was evident once again when the mega-star decided to sit in the empty arena to enjoy the action from WWE’s weekly cruiserweight-themed show, WWE 205 Live, from the special set up inside the WWE Performance Center on Friday night.

Cena states that he’s usually never able to watch the show from the audience’s perspective because he would stick out, but due to the given circumstance, he took the opportunity to do so, all-the-while taking some notes.

Check out the video footage of Cena in the empty arena enjoying WWE 205 Live as a fan on Friday night at the WWE PC in Orlando, FL. below.

.#ICYMI: #JohnCena spotted sitting in the stands to take in #WWE‘s Cruiserweight show, as #VIDEO & #PHOTOS of the leader of the #Cenation surfaces from special empty arena edition of #205Live at the #PerformanceCenter (#WWEPC) after #SmackDown

Last night, @JohnCena got to do something he longed to do for awhile, watch @WWE205Live LIVE from the audience! #205Live pic.twitter.com/9dtynXAIuv

Several stars would then take to Twitter to comment on Cena being present for the cruiserweights, an act that many would not take for granted.

John has been nothing but great to the cruiserweights since day 1 #205Live https://t.co/3BLNeG0qea

In related news, you can check out special behind-the-scenes photos of a memorable, unique-feeling empty arena edition of Friday Night SmackDown from the WWE Performance Center, including Triple H’s pre-show meeting with the entire roster of WWE Superstars and staff present at the taping by clicking here.