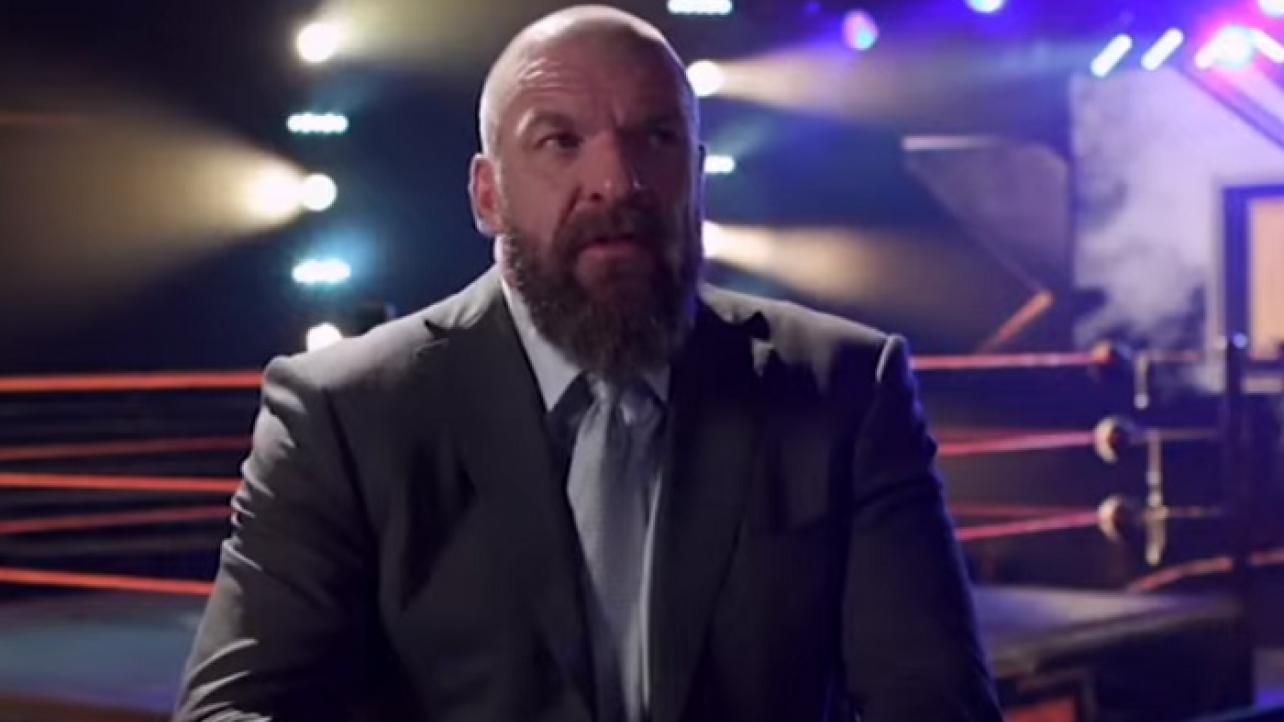 WATCH: Triple H Tells Story Behind His “End Of An Era” WrestleMania 28 Match With The Undertaker (Video)

WWE’s new EVP of Global Talent Strategy & Development, Paul “Triple H” Levesque, recently sat down to spend some time reflecting on his “End of an Era” showdown against The Undertaker from WrestleMania 28 for a new WWE On FOX digital exclusive.

In the new video, which touched down on the official WWE On FOX YouTube channel on Tuesday evening, the longtime WWE Superstar turned WWE EVP looks back on his second of two consecutive WrestleMania matches against The Undertaker.

The match took place at WrestleMania 28 on April 1, 2012 from Sun Life Stadium in Miami, Florida, and was billed “The End of an Era.” The bout saw “The King of Kings” go one-on-one against “The Phenom” in a Hell In A Cell match with WWE Hall Of Fame legend Shawn Michaels serving as the special guest referee.

“Putting ‘The End of an Era’ tag on it, we took that very seriously,” said Triple H in the video (see below). “It wasn’t about a retirement thing, it was just the last of that group and the last time they would all kind of be in the ring together for a moment like that.”

From there, “The Game” would go on to try and put into words the atmosphere that surrounds a high-profile match against The Undertaker on a stage like WrestleMania with all of the history in WWE that “The Dead Man” has under his belt.

“When that gong hits and the lights go out,” Triple H started. “The buzz, the energy [and] the tension of it just goes through the roof. You can’t help but get goosebumps.”

The current WWE Executive Vice President Of Global Talent Strategy & Development would go on to list several top WWE Superstars that he has shared the ring with, including Dwayne “The Rock” Johnson, “Stone Cold” Steve Austin, Hulk Hogan and “The Nature Boy” Ric Flair.

He pointed out that despite standing across the ring from so many WWE Hall Of Fame legends from his generation and even from past generations, nothing compares to being in the squared circle with “The Phenom” of World Wrestling Entertainment.

When the two finally met inside Hell In A Cell at WrestleMania 28 nearly eight years ago, it was The Undertaker who would score a victory over Triple H for the second year in a row, extending his at-the-time still undefeated streak at WrestleMania to a flawless 20-0.

Watch the complete video below featuring Triple H reflecting on his “End of an Era” showdown with The Undertaker from WrestleMania 28 via the official WWE On FOX YouTube channel.

WATCH: Triple H Tells Story Behind His “End Of An Era” WrestleMania 28 Match With The Undertaker (Video)