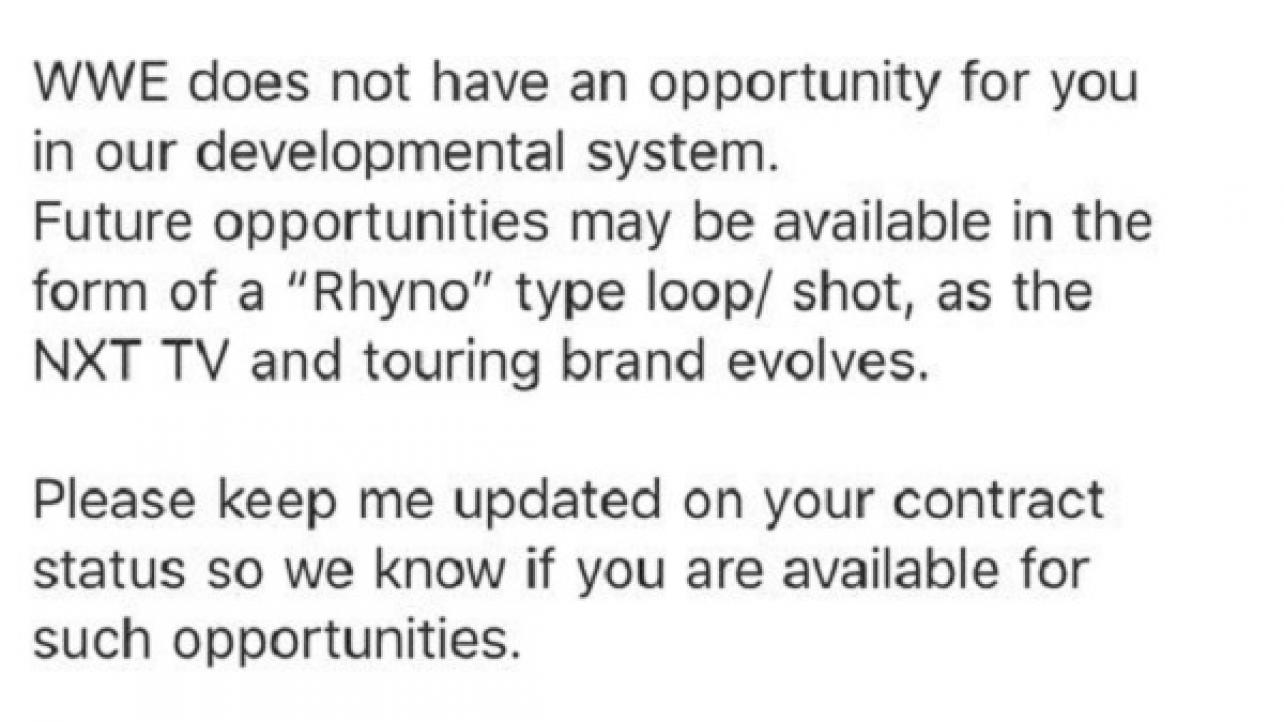 After Johnny Gargano spoke on Twitter about getting a rejection letter from WWE in the past, current All Elite Wrestling (AEW) Superstar Chuck Taylor responded to his tweet, showing off the actual rejection letter he received back in 2015 from WWE Senior Director of Talent Development for WWE, Canyon Ceman.

The letter that Taylor received from the WWE executive read as follows:

“I hope you are well. I wanted to follow-up per our conversation at the end of your tryout. WWE does not have an opportunity for you in our developmental system. Future opportunities may be available in the form of a ‘Rhyno’ type loop/shot, as the NXT TV and touring brand evolves. Please keep me updated on your contract status, so we know if you are available for such opportunities. Thanks again for your effort and professionalism at the tryout, it was noticed and appreciated. Regards, Canyon Ceman.”

Check out the back-and-forth on Twitter between Johnny Gargano and Chuck Taylor, which includes a photo of the actual rejection letter Taylor received from WWE, below.

I still have my rejection email from my @WWE tryout back in 2015.

I look at it from time to time to remind myself how far I’ve come and why any of this happened to begin with.

I didn’t take “no” for an answer. I fought for a chance..

But I couldn’t do this by myself..

It didn’t matter if it was a dark match in Full Sail or my 1st TakeOver at the Barclays Center..

YOU chanted “Johnny Wrestling”.. YOU believed in me.. and they listened.

We fought together to make any of this happen.

We will fight to make one last dream come true in New York.