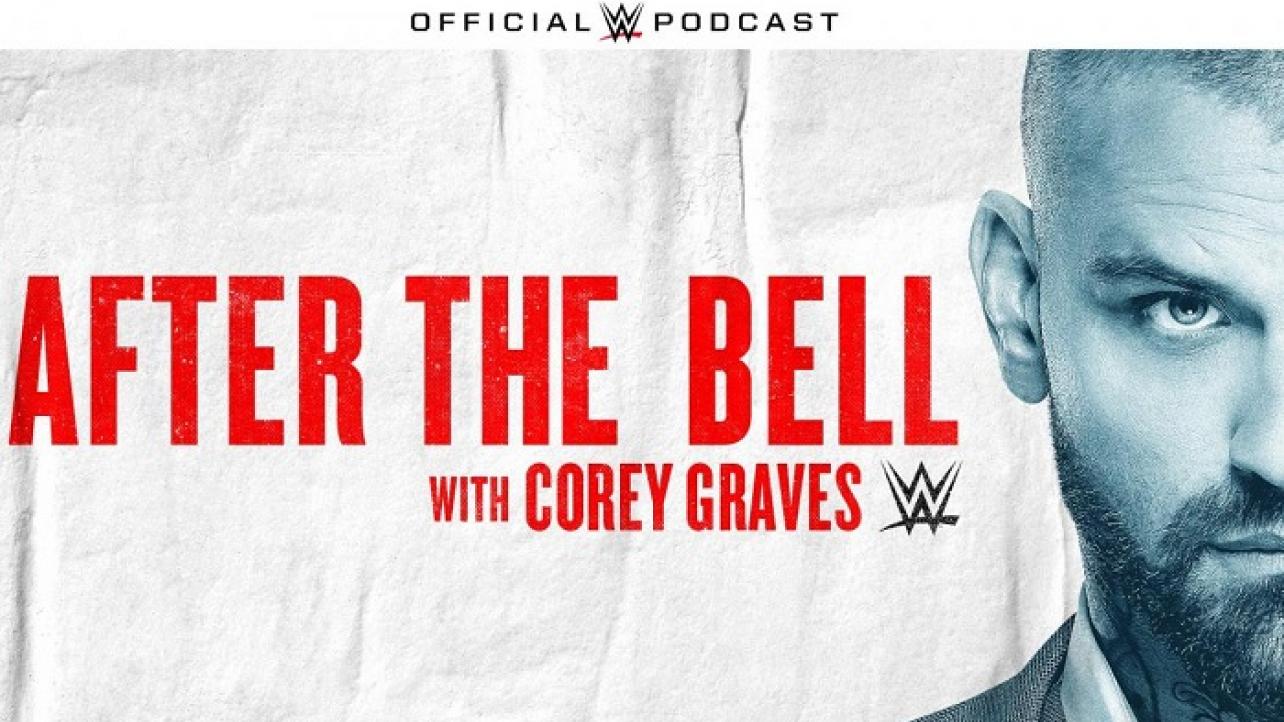 The new, official podcast of WWE called “After The Bell with Corey Graves” was officially announced on Thursday.

WWE After the Bell podcast with Corey Graves to debut on Wednesday, Oct. 30 with special guest Triple H

STAMFORD, CONN. — WWE today announced that its first-ever weekly podcast series, WWE After the Bell, will launch on Wednesday, Oct. 30. Hosted by Corey Graves, After the Bell offers fans an edgy and unpredictable look at the latest in Monday Night Raw, Friday Night SmackDown and NXT. The podcast is the first for WWE Podcast Network, a partnership between WWE and Endeavor Audio. Listen to the trailer here.

Each Wednesday, Graves will break down the action from WWE’s flagship programming, taking listeners on a captivating ride through the hottest WWE storylines while he catches up with the most noteworthy Superstars of the week. Paul “Triple H” Levesque, WWE Executive Vice President, Talent, Live Events & Creative, will join Graves as a special guest for the premiere episode.

“After the Bell will deliver unprecedented access to the biggest WWE Superstars and storylines week in and week out,” Graves said. “No other podcast can say that. As WWE’s first podcast, we have the responsibility to ask the burning questions, and it’s going to be a wild ride.”

Listeners can subscribe to WWE After the Bell on Apple Podcasts, Spotify and Pandora.

Graves began his commentator career with NXT in 2014 and immediately distinguished himself with his unique style and opinionated insights. Since then, Graves has brought his entertaining analysis to Raw, SmackDown and WWE Network pay-per-view events. He currently serves as the lead analyst for Friday Night SmackDown on FOX. Prior to his role as a WWE commentator, Graves competed in NXT where he was a former Tag Team Champion.

Additional Superstar-focused podcasts from WWE Podcast Network will be announced in the near future.

.@TripleH is set to join @WWEGraves for the premiere episode of WWE’s first-ever weekly podcast series, WWE After the Bell, on Wednesday, Oct. 30!@EndeavorAudio @ApplePodcasts https://t.co/Cnb4BXqopD