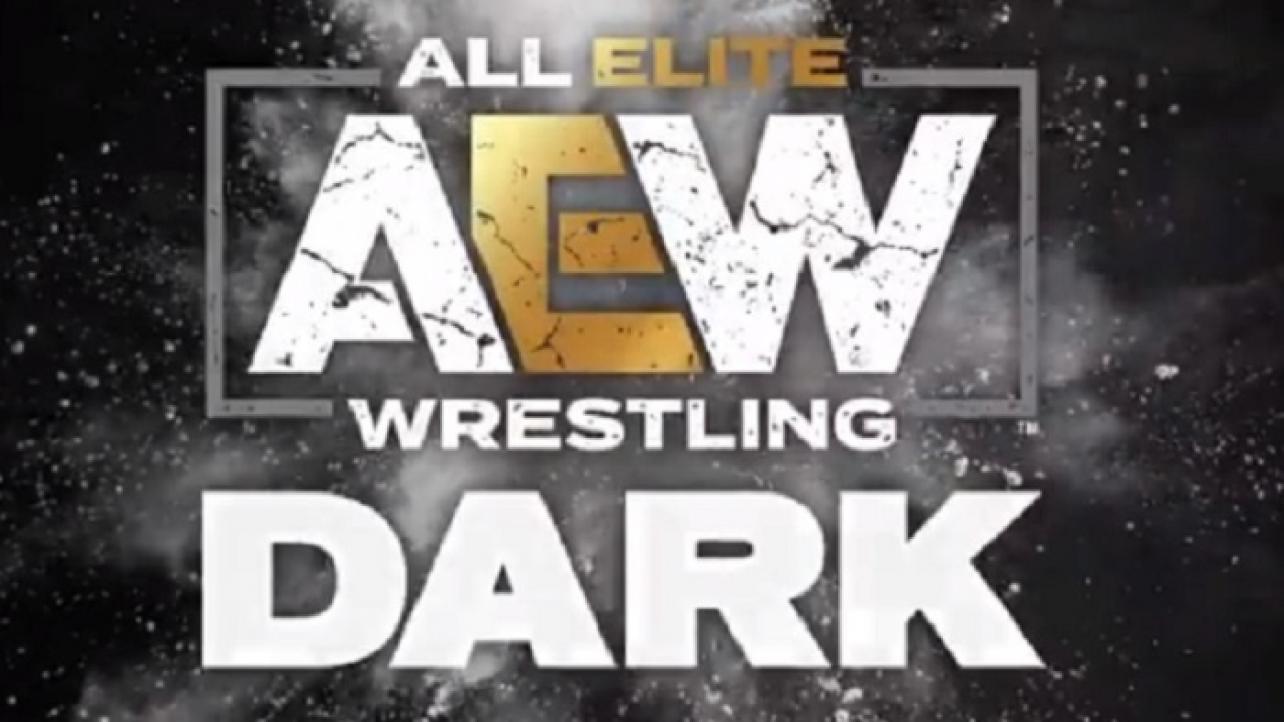 All Elite Wrestling (AEW) taped three matches for next Tuesday night’s episode of AEW DARK during their AEW Dynamite television shoot from The Liacourus Center in Philadelphia, Pennsylvania on Wednesday evening.

Featured below are complete spoiler results of the matches, which will air on episode three of AEW DARK next Tuesday night, 7pm Eastern Time / 4pm Pacific Time, on AEW’s official YouTube channel and other various social media outlets.

The show opener airs and then we head to the ring for our first of three matches scheduled for this week’s show.

After coming up short in the “Lights Out” main event against Kenny Omega on last week’s episode of AEW DARK from the Agganis Arena in Boston, Massachusetts, Joey Janela returns this week against Brandon Cutler in one-on-one action to kick off this week’s show from the Liacourus Center in Philadelphia, Pennsylvania.

The match was given some time to develop, and after some back-and-forth exchanges we get to the finish of the match. Janela ends up getting Cutler up on the ropes and executes a superplex for the pin fall victory.

Leva Bates and Peter Avalon are out for the second match of this week’s show, as the two cut their usual heel promo as they make their way down to the ring. Bates will be in action, with Avalon in her corner.

This one doesn’t run as long as the Janela-Cutler opener, but it actually turned out pretty well. There was a lot of gimmick stuff from Bates and Avalon throughout.

When all was said-and-done, it was Rose who picked up the “W” after picking up the 1-2-3 following a sit-out power bomb.

Some video packages and promotional efforts are given to build up the upcoming AEW FULL GEAR pay-per-view. The show features Chris Jericho vs. Cody for the AEW World’s Heavyweight Championship in the main event.

AEW Full Gear will go down from the Royal Farms Arena in Baltimore, Maryland on Saturday, November 9th. The show will be available via pay-per-view as well as on AEW’s digital streaming partner, Bleacher Report (B/R) Live.

We head back inside The Liacourus Center in Philadelphia, Pennsylvania for this week’s AEW DARK main event. This will be an eight-man tag-team contest.

On one side of the ring we’ve got Cody and Dustin Rhodes joining forces with The Young Bucks — Nick and Matt Jackson. The other side of the ring features CIMA and T-Hawk from Strong Hearts, as well as the team of Private Party — Isiah Kassidy and Marq Quen.

The announcers build-up Private Party’s big win over The Young Bucks on AEW Dynamite a couple of weeks ago. Both teams are selling the fact that they had a big battle recently. This match is now officially underway.

This match is actually given a ton of time to develop and featured some incredibly exciting high-spots and fast-paced action, with The Young Bucks and Private Party shining once again throughout much of the contest.

After some time things finally near the finish, which sees a big Curtain Call set up the pin fall victory for the baby face foursome. Cody, Dustin and The Young Bucks get the big win here to close out episode three of AEW DARK.