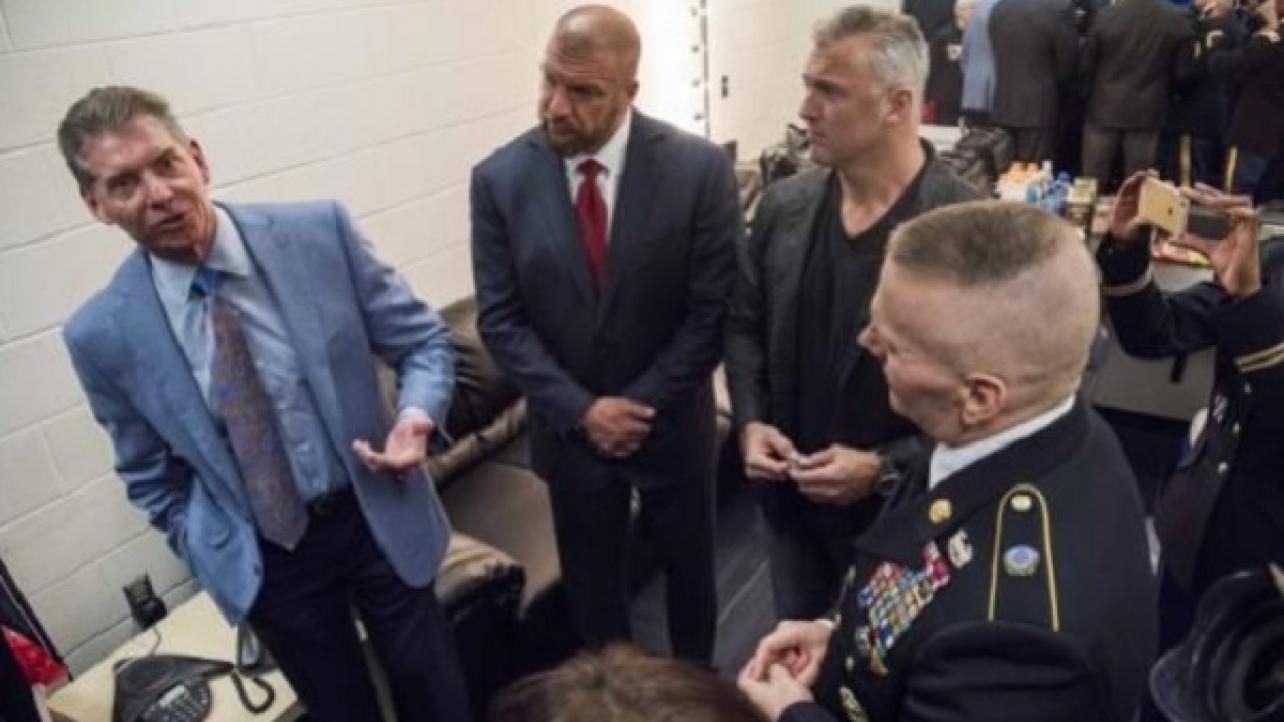 Vince McMahon held a talent meeting before this evening’s WWE Raw to address the rumors and speculation that has been running rampant as it pertains to WWE’s delayed flight back from Saudi Arabia last week.

The meeting took place at approximately 3 PM and McMahon reportedly “blamed” the talent’s speculation (presumably on social media) as the catalyst for all the rumors and associated problems for the company.

McMahon then once again re-iterated that the delay was only because of a mechanical incident with the plane and nothing else.

Seth Rollins then reportedly gave a “rah rah” speech to the roster while telling them to keep things like that off of social media.

As for why the TV feed of Crown Jewel aired on a delay, it was also reportedly not due to any sort of dispute or technical issue related to Vince McMahon and that McMahon actually left Saudi Arabia at approximately 1240 AM local time, over two hours before the rest of the talent was set to leave.

That implies that when Vince left the country, he had no idea what sort of mechanical problems were awaiting everyone else.