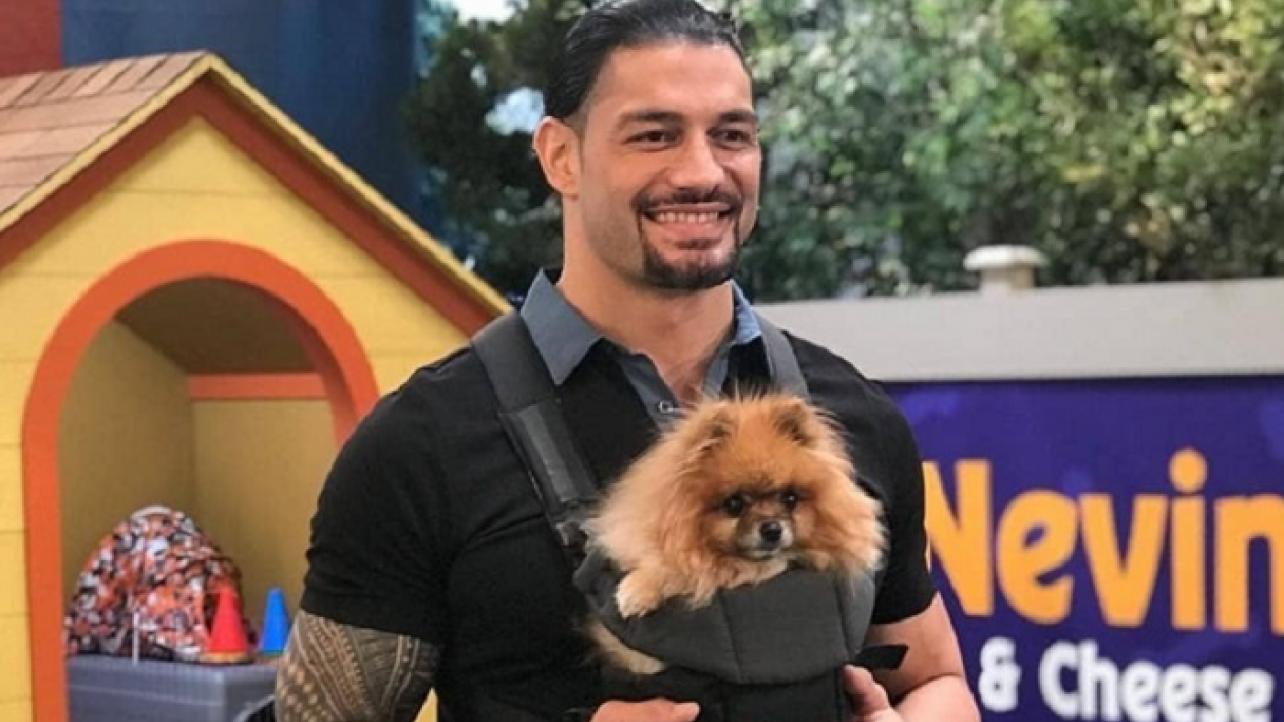 WWE Edits Roman Reigns Out Of WrestleMania 31 Highlights On RAW, Update On “The Big Dog” In WWE Doghouse

WWE counted down the top Money in the Bank moments on Monday Night RAW this week, and the top moment was at WrestleMania 31 during the Roman Reigns vs. Brock Lesnar match where Seth Rollins ran down to cash in his briefcase, however WWE went out of their way to edit Reigns out of every clip shown during the broadcast.

The WrestleMania 31 match saw Rollins end up pinning Reigns, but WWE completely edited that out, instead showing Rollins hit his ‘Curb Stomp’ on Brock Lesnar without showing the finish, which was Rollins hitting the same finisher on Reigns to pin him for the win and the title.

There have been a lot of rumors lately suggesting that Reigns pulling out of WrestleMania has put him in the doghouse with WWE management, however, none of that is unconfirmed as the latest word is that the company simply doesn’t want to mention or show him on TV, perhaps as a way to not remind fans that he’s not around.

This editing will certainly do nothing to quell those rumors.

Check out video footage of the Monday Night RAW segment featuring Roman Reigns being edited out of WrestleMania 31 highlights shown during the broadcast via the following tweet.

They literally edit out #SethRollins pinning #RomanReigns at Wrestlemania 31 for the WWE Championship wtf?! #RAW pic.twitter.com/5IGPJ1xPRo

WWE Edits Roman Reigns Out Of WrestleMania 31 Highlights On RAW, Update On “The Big Dog” In WWE Doghouse